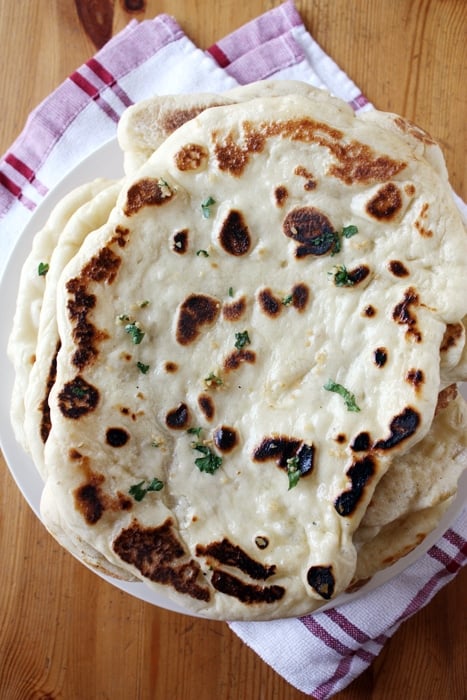 It’s been a few years since I ventured to India, but I remember everything about it like I was there yesterday. The sights, the smells, the sounds (the honking. OHHHH, the incessant honking) all are still so fresh. When I was there, for a course to complete my anthropology degree, I took it for granted.

Like the majority of my classmates, I spent the greater part of the trip sick, exhausted, constantly sweating (hott) and even more constantly complaining about our third-world conditions. “There are cockroaches in my room!” “There’s no air conditioning on this bus!” “I can’t believe they’re not letting us take a nap!” Yeah. We were a lovely bunch.

Our attitude toward the food wasn’t much different. Instead of letting my curiosity take over and trying the authentic South Indian dishes, my eyes always scanned the menu (if there was one) for two things: Anything non-Indian (which included, on separate occasions: manicotti, pizza, omelettes and apple pie. I KNOW.) and naan. The latter was, nearly every time, our best bet. So, instead of even dipping our fingers into foreign and unfamiliar sauces, a group of us girls would order basket after basket of fresh-baked naan and try to subsist on that. All that bread probably explains why we were so grouchy. 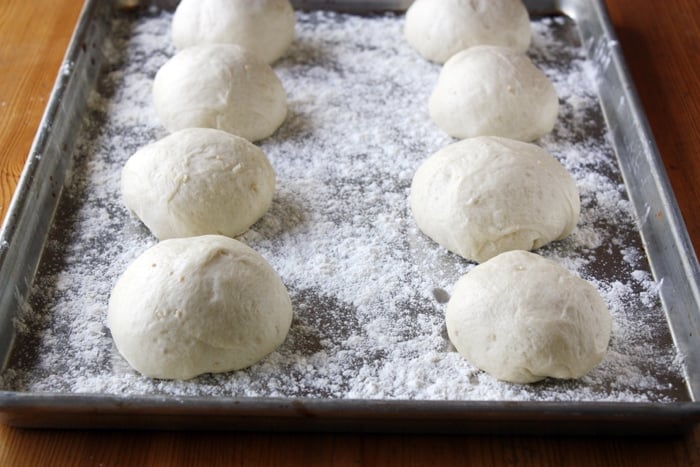 Looking back, I can understand why I approached my first trip to India the way I did — with fear, trepidation and a serious dose of homesickness and culture shock — but my lack of adventure toward the food is ultimately regrettable. My husband, who also went to India on a separate trip for grad school, acted the opposite while he was there, trying anything and everything they put in front of him. By comparison, the Indian food we’ve found here, he said, is like eating a burger from McDonald’s when you were expecting a steak from Ruth’s Chris. Sad face. 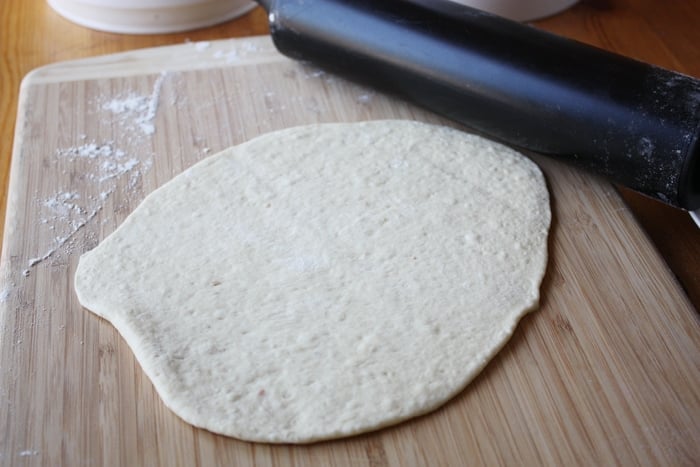 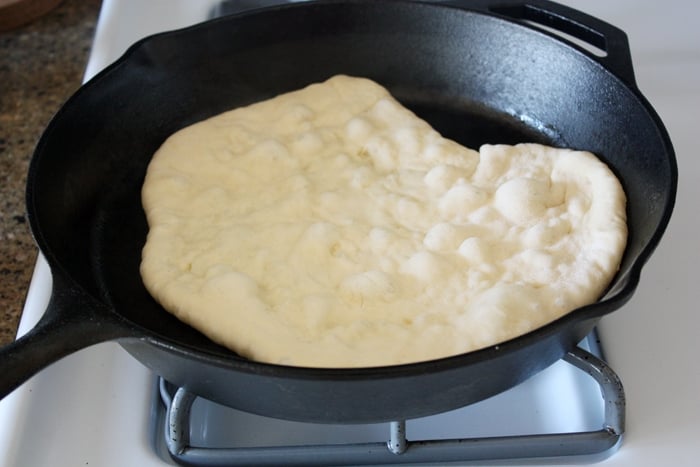 Our plan is to go back to India someday, when life isn’t so topsy-turvy and we have more of a purpose for going there in addition to soaking in the experience again, this time with more open eyes, minds and mouths. But for now, we’ll dream the dream — and make some homemade naan while we do it. 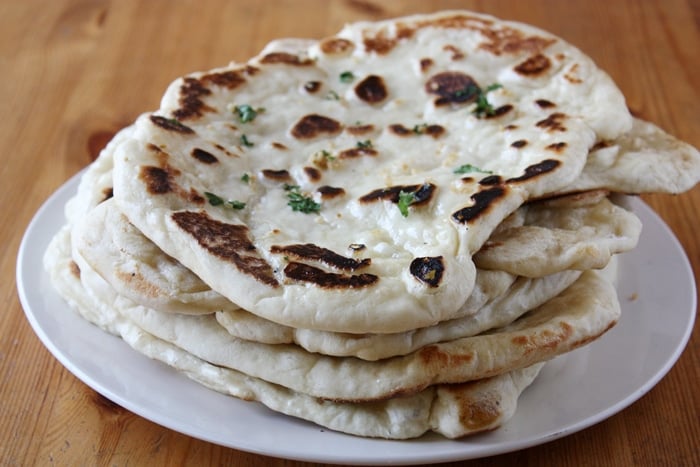 I know you might be thinking, “Aren’t you sick of naan?” Nope. Not a bit. Perhaps it’s because it’s the only thing I’ve figured out how to make at home that tastes even remotely similar to the goodness I ate on a daily (or twice-daily, or thrice-daily) basis overseas. This buttery garlic version is, of course, a little more gourmet than anything I had on my trip, but that’s no reason to scoff at the recipe. I mean, it’s got butter. It’s got garlic. There’s nothing else to say about that. 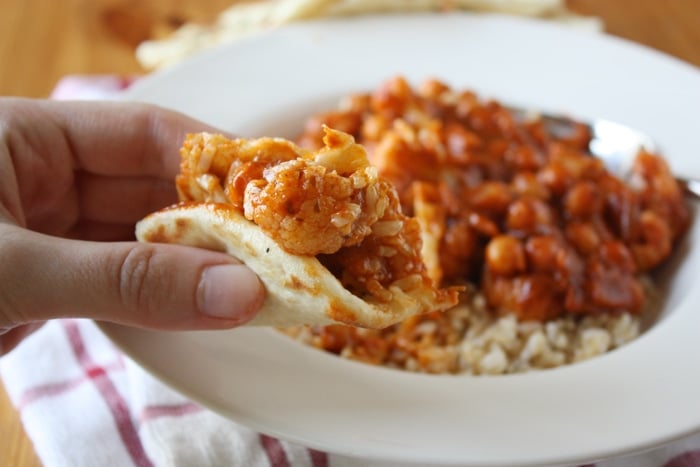 We like to eat our naan as scoops for vegetarian tikka masala (recipe to come!), but it’s also delicious as pizza crust, topped with eggs and cheese for breakfast or all on its own. Did I mention there’s butter and garlic?

P.S. We’re traveling over the next week (not to India, sniffle) so upcoming posts might be a bit sporadic. But, rest assured, this recipe for naan should keep you plenty company until I return. Later gators!

Meanwhile, in a large bowl or bowl of a stand mixer, whisk together flour, salt and baking powder. Add yeast mixture, garlic, milk, sour cream, egg, vegetable oil and 3/4 cup water and stir to combine. In stand mixer fixed with dough hook or by hand on a lightly floured surface, knead dough until smooth and elastic (about 5 minutes in stand mixer at medium speed, 10 minutes by hand). Shape dough into a ball and place in a lightly greased bowl. Cover with plastic wrap or a dish towel and let rise until doubled, about 1 hour.

Punch down risen dough and divide dough into 8 equal pieces. Shape each piece into a ball and place on a well-floured baking sheet. Cover with a damp towel and let rise until doubled, about 45 minutes.

On a lightly floured surface, roll out each piece of dough into an oblong circle about 8 inches in length. Stack circles on top of each other on a plate, divided by parchment paper, and set aside.

Heat a skillet (I used cast iron, but you can use whatever you have) over medium-high heat. Melt a little butter in the skillet. Lightly brush the top of a piece of naan with water, then place water-side down on skillet. Cook until bubbles form on top, about 1 minute. Brush top of naan with water and flip, cooking other side for another minute. Remove from skillet and place on a plate. Brush top with butter and sprinkle with minced garlic and parsley. Repeat with remaining pieces of dough, adding more butter to skillet as needed.