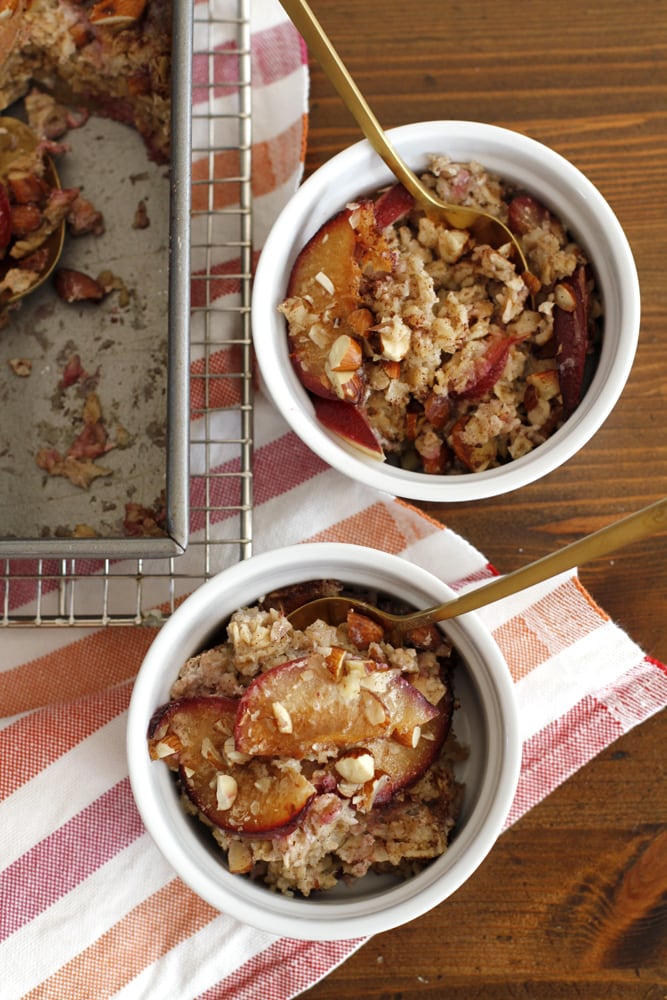 Everyone in this house knows that Stephanie needs breakfast, and she needs it now (my parents, siblings and old college roommates know this about me, too). Hangry Steph is a very real side of me that I don’t like to let out often, but it happens every now and again. And oftentimes, that time is breakfast.

A cup of coffee in hand will help keep this side of me at bay for a little while. But if I wait much longer than two hours past wake time, I get anxious and twitchy and my stomach begins to growl (or am I actually growling? Hard to say). Suddenly, my mind is totally consumed with thoughts of food and getting that food into my belly as soon as possible. And in that moment, the very last thing I can handle is waiting even longer for breakfast to actually be done.

So that’s why, in this house, we prepare ahead. With cinnamon plum baked oatmeal. 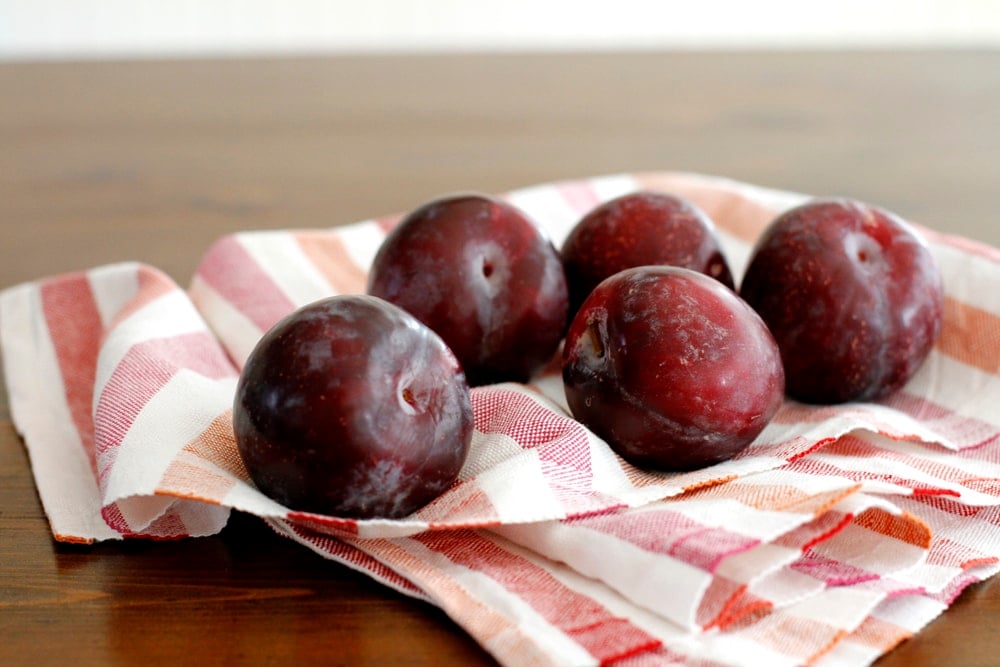 I went on a serious oatmeal-for-breakfast bender for a good two years just a few years ago, and then one day, I realized I had probably eaten no less than 800 bowls of oatmeal in the last 24 months and enough was enough. So, I switched to eggs. Then, eggs turned into peanut butter toast. And lately, things are starting to come full circle and I’m finding myself craving oatmeal yet again. 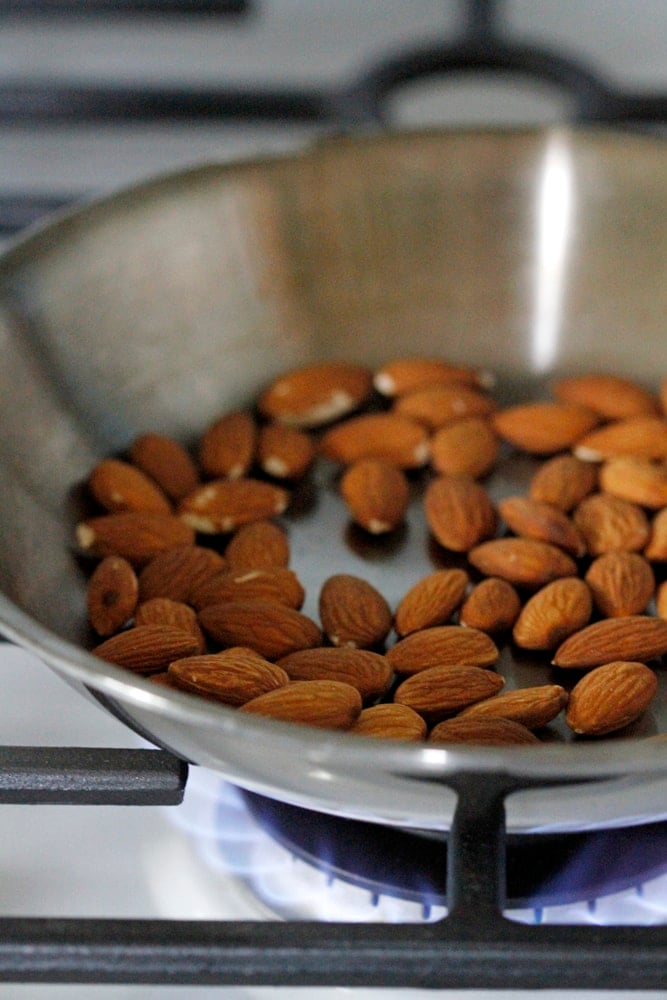 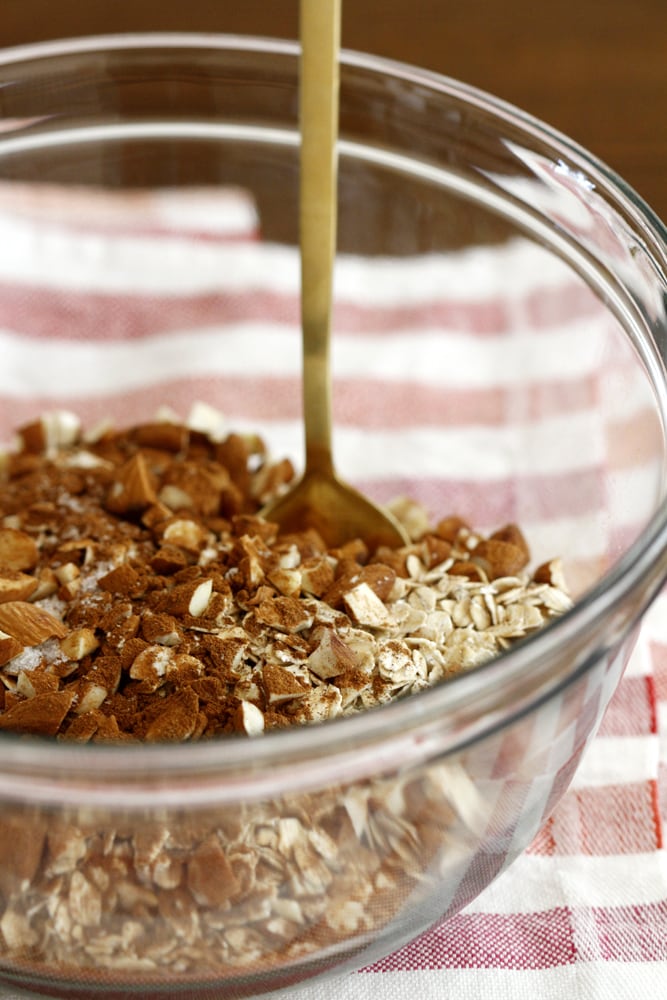 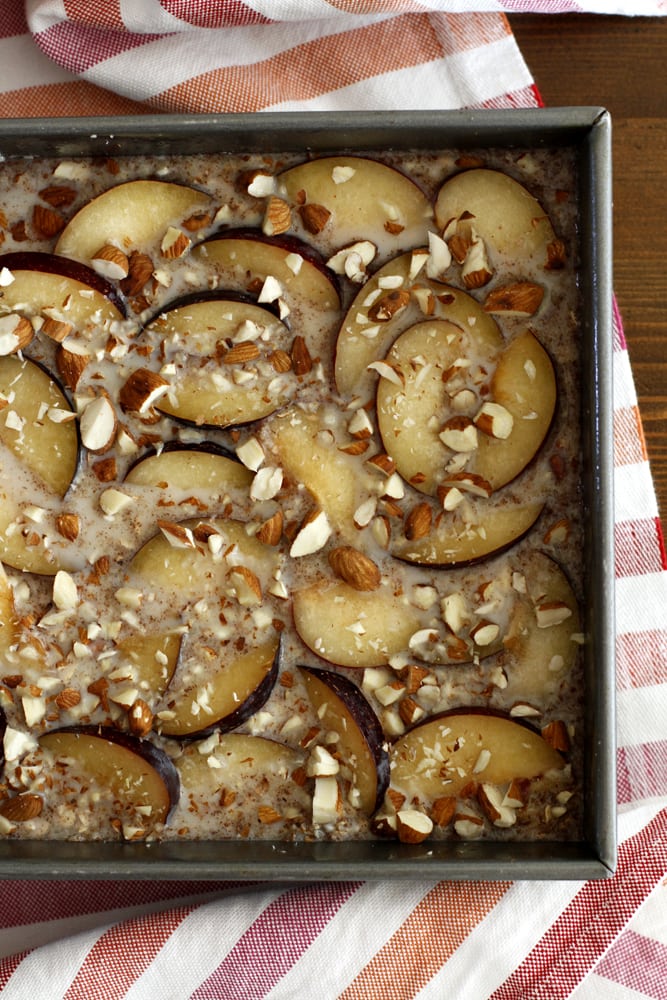 But this time, I intend for it to be different. I’m not going to go the classic (and sad) route of yore, where I just microwaved a bowl of oats to a mush and then added in some nut butter and fruit and called it a day. That’s just not acceptable anymore. Instead, I’m going to try the baked oatmeal route, wherein I can make a big batch of baked oatmeal one day and enjoy it for breakfast for the entire week. That’s exactly what happened with this baked oatmeal, and I was not mad about it at all. How could I be, when it’s baked with hearty rolled oats from Bob’s Red Mill, cinnamon spices, pure maple syrup and fresh sliced plums topped with a sprinkle of toasted almonds and a drizzle of melted butter? There’s nothing there I wouldn’t want in my breakfast every day of the week. 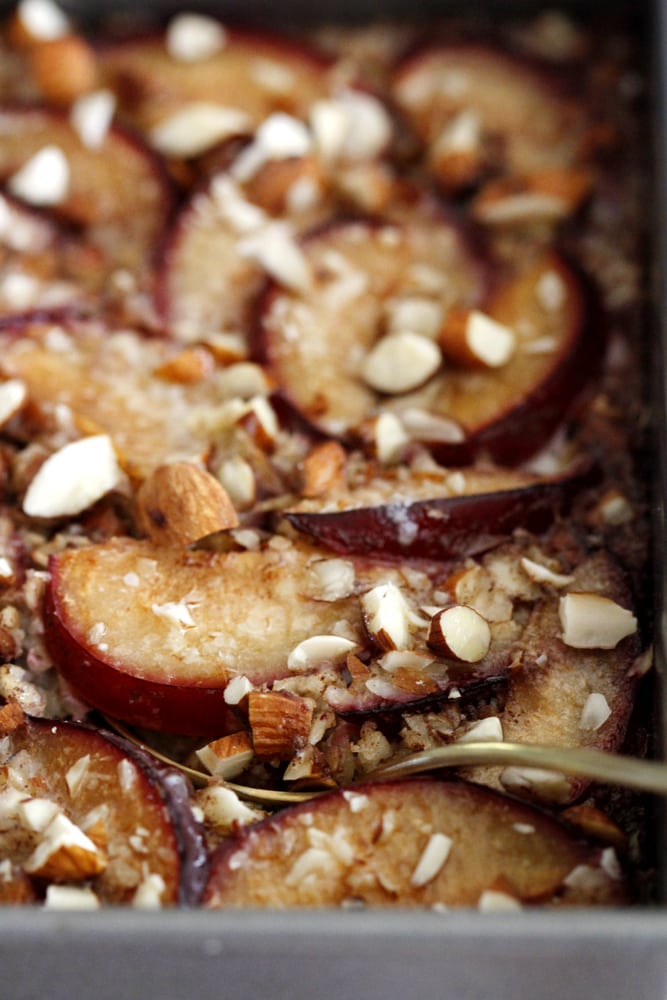 What I love about this oatmeal, too, is that it is truly filling. And I mean that because, as you also may guess, the second worst side of me to Hangry Steph is Semi-Hangry Steph, and that’s the side that shows when I eat something and am left with a little bit of room for more. It’s just… not good. So thankfully this oatmeal doesn’t leave me feeling that way. I think swirling a dollop of almond butter on top of each morning’s bowl of this baked oatmeal helped in that department (and in the yum department), too. Feel free to include a swirl of extra maple syrup, as well. That’s happening on my next batch, fo’ sho’. 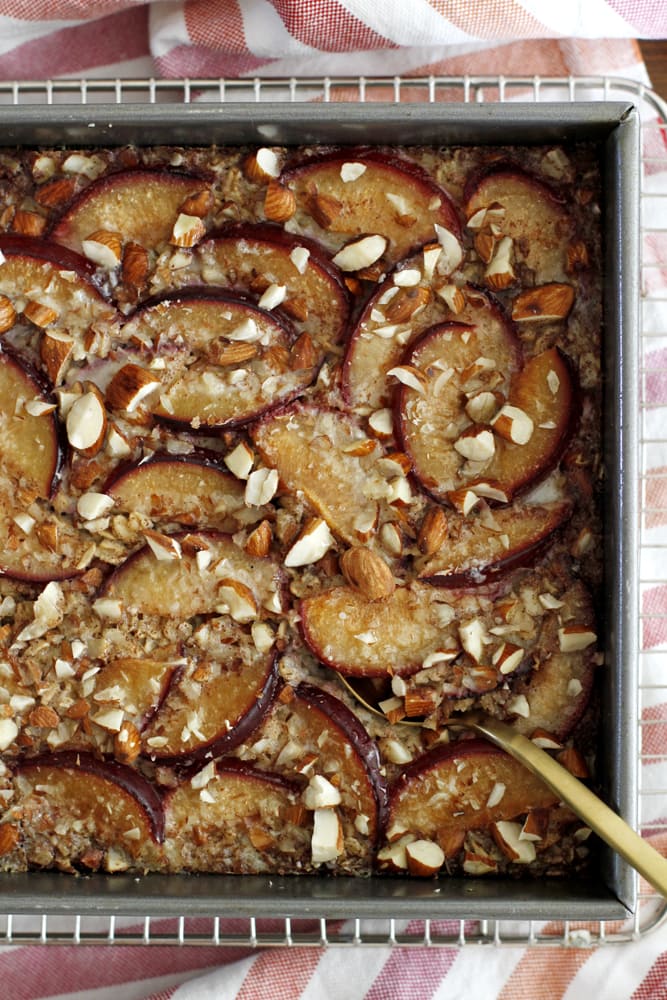 In fact, I’m starting to feel anxious and twitchy just looking at this. Someone get me to the kitchen, stat, before I start growling.