When the decision between bagels or French toast for breakfast is just too much, these homemade French toast bagels are here to save your morning! Soft, maple-infused bagels are baked and topped with a crunchy cinnamon-sugar mixture that tastes just like French toast in bagel form.

When I was a youth, I hated breakfast. I don’t know if it was because I hadn’t tasted the glorious taste of coffee yet (that was at age 15 and I haven’t gone a single day since without it, save a few weeks early in my pregnancy when I couldn’t stomach it but I’d rather not talk about those dark, caffeine-free days), or because I never knew the magic that is a soft scramble or over-easy egg, or because I had one too many run-ins with those chewy chocolate chip granola bars that, at the time, I sort of liked but now I can’t really stand because I’m a food blogger/food snob and I need me only homemade granola bars, thankyouverymuch.

Now that I’m old and wise (er, older and wiser), breakfast has become my favorite meal of the day. I crave it before I go to bed at night. I dream of it in my sleep. I plan my breakfasts days in advance with great zeal — not even kidding. And that’s why I was extra-excited about my breakfast plans this week: Because this week, every breakfast is a French toast bagel. (!!!) 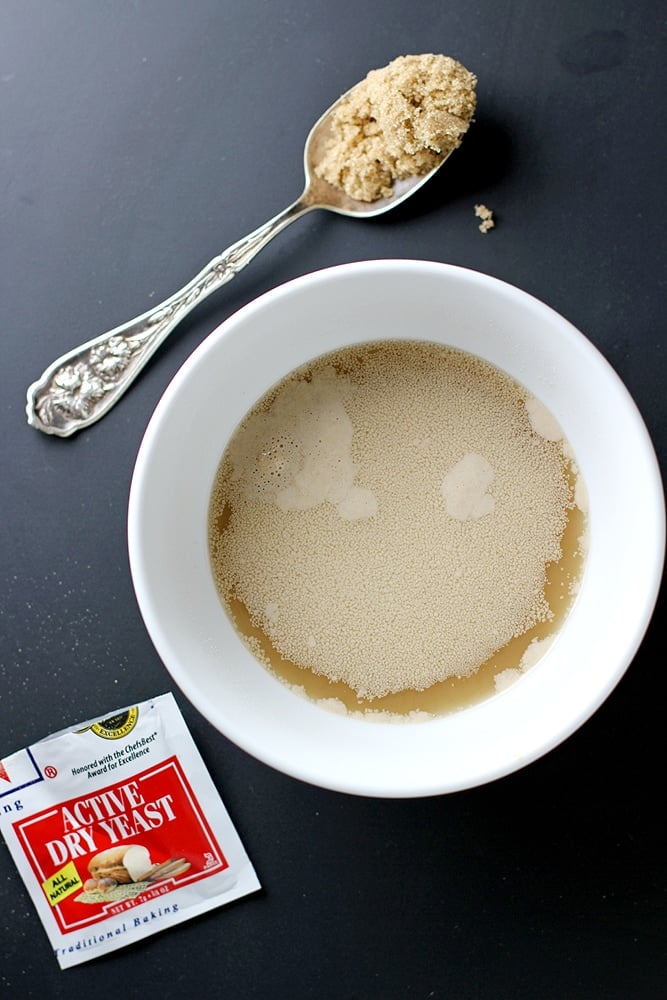 How to Make Panera’s French Toast Bagels at Home

Have you ever tried the French toast bagel from Panera? They were my inspiration for this recipe. I used to eat them all the time (like seriously at least weekly, because one of my high school teachers would bring them to class every Thursday and it was like a pizza party only with bagels and schmear), but now, now I know that I can make them at home and the homemade version tastes so much better — and truly just like French toast. I say this humbly because I still love you, Panera, you and your bread bowls and hazelnut coffee. But these bagels win. 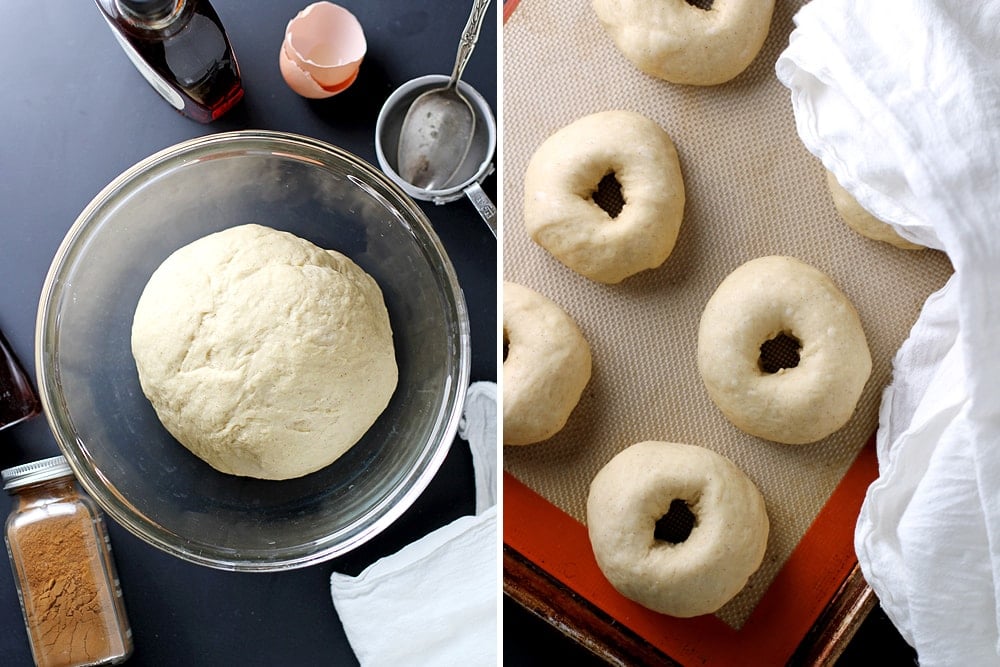 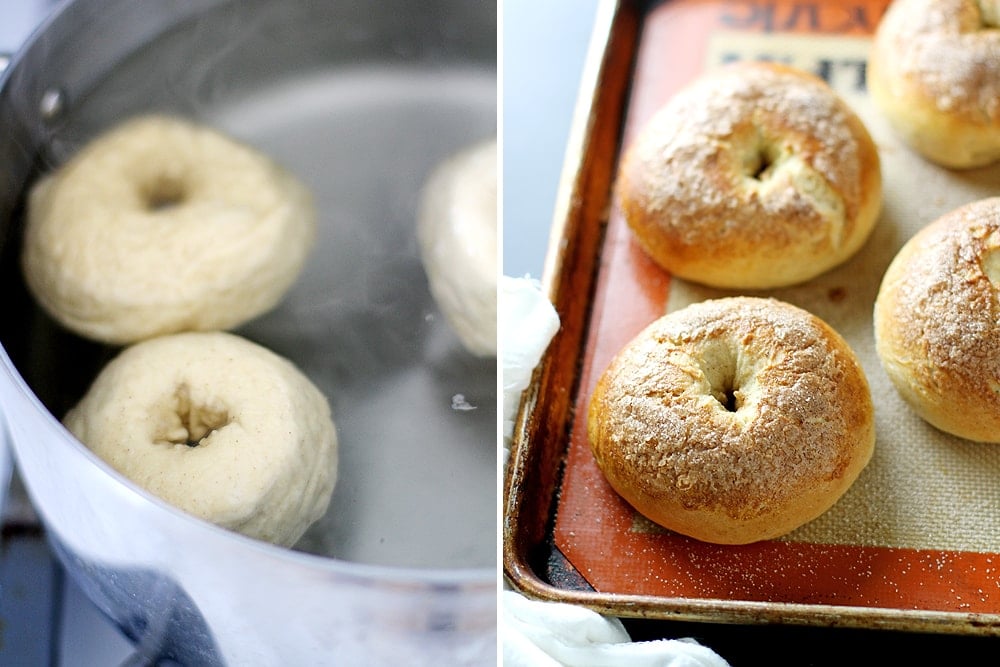 While the Panera version is flavored with maple and cinnamon chips, this version, though also infused with maple and cinnamon flavors, is done so with pure maple syrup and ground cinnamon along with brown sugar and vanilla. There’s also an egg added to the dough that not only imparts even more of that classic French toast flavor, but it also yields softer, fluffier bagels. And the crunchy cinnamon-sugar topping? It’s the business. 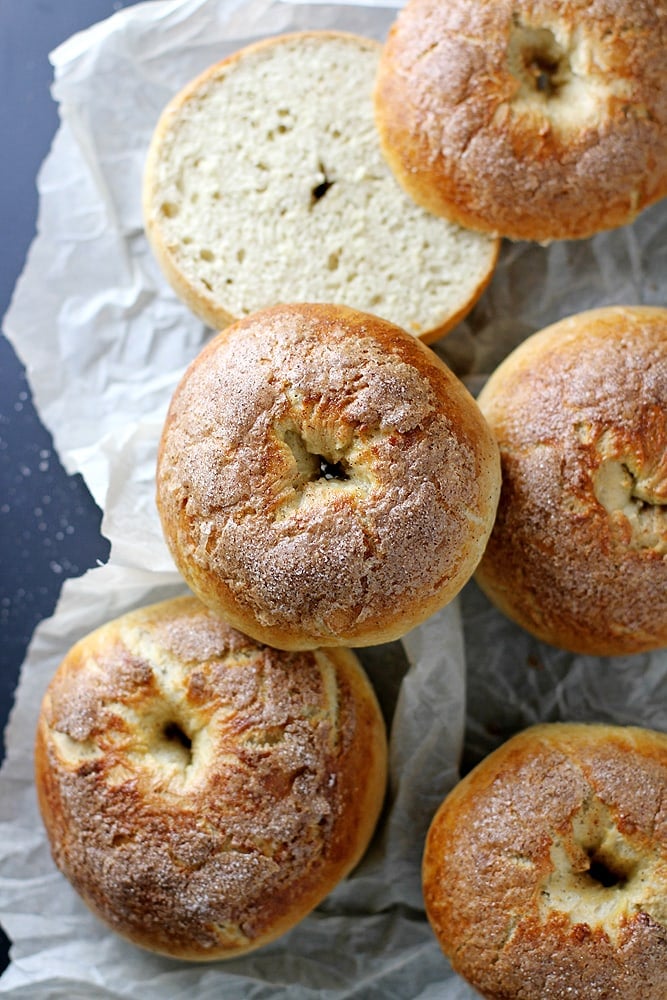 Actually, the entire bagel is the business. A business that I want to make part of my breakfast routine forever and ever.

Tips for the Best Homemade Bagels

If you’ve never made a bagel from scratch before, this is a great recipe with which to start your homemade bagel journey. The dough is easy to make, the ingredients simple and the process relatively quick and definitely painless (thanks, in part, to the awesomeness that is Red Star Yeast). Basically, you’ve got a mix, knead, rise, boil, bake and eat situation here, the entirety of which you likely will salivate, as I did, over the smells and scents of warm cinnamon and maple syrup and brown sugar and vanilla. The flavors of French toast in the final product are subtle, but so delicious. And I can’t even tell you how best to eat them: I’ve gone the toasted with butter/toasted with cream cheese/untoasted straight from the oven to my mouth routes and all of the above are amazing, BUT — you and I are both thinking it, right? French toast bagel FRENCH TOAST. This will be in my near future. And I hope soon in yours, too. 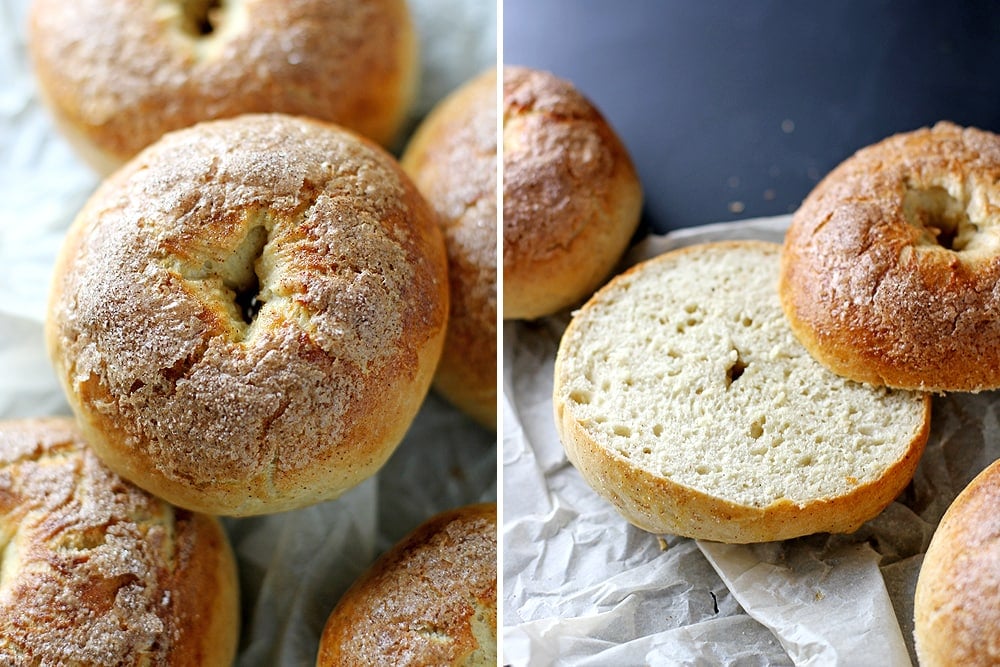 I am already so excited about breakfast tomorrow, I could shed a tear. 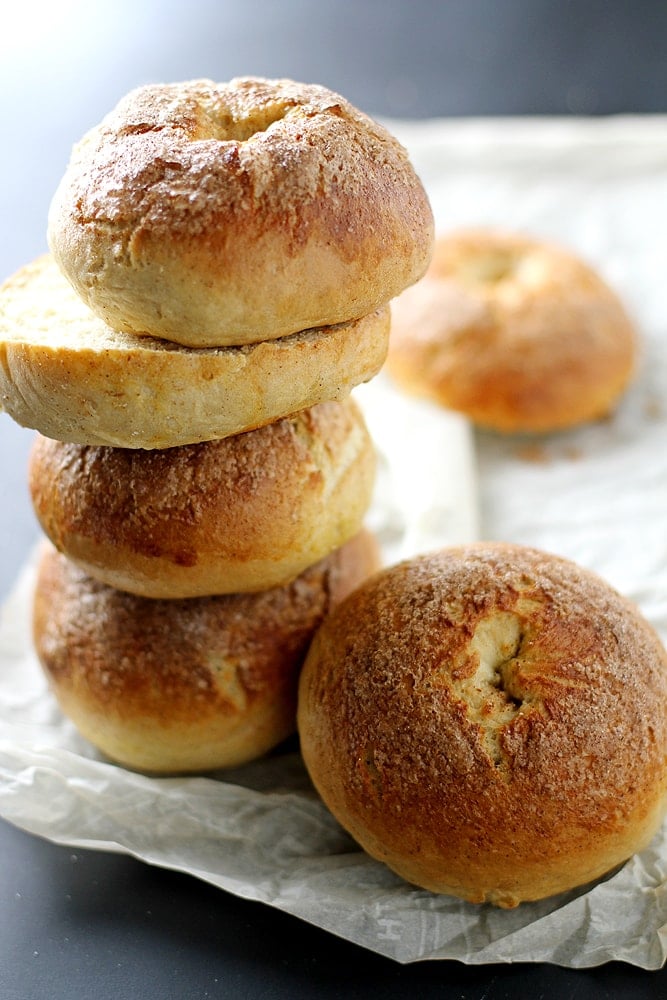