how to proof or activate dry yeast {video} 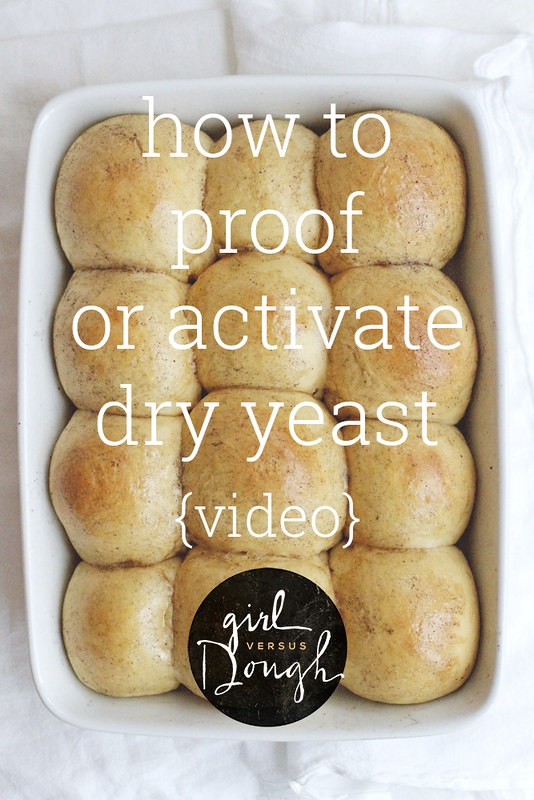 Hi hi hiiiiiiiii! It’s Thursday, which is almost Friday, which is almost the weekend, and I’m in South Carolina this week with some blogger friends wearing leggings (mandatory), eating delicious food (naturally) and talking shop/non-shop, nonstop (love). It’s been a great getaway so far and I will share more details later (though you can follow along on the shenanigans via Snapchat –> stephmwise), but for now, let’s talk about the fact that I made you another video (!!!).

I’m really trying to get the hang of this video thing, as it’s, uh, not my forte. This is why I blog behind a computer screen where I can type up words and edit them before I share them with the world (though that doesn’t really stop me from oversharing anyway, but I digress). With video, I can edit all of my blunders, too, but people, there are SO MANY BLUNDERS. Ask the husband, who typically acts as my cameraman/director/warn-er of “babe, you’ve said ‘um’ a dozen times in the last five seconds and also have not blinked.” Bless him. But I’m going to keep practicing, and while video obviously will never take over on this blog, it may make an appearance more often, especially when I feel it is more helpful than just looking at photos.

Such is the case with this video, which I developed in partnership with Red Star Yeast. In this video, I show you how to proof or activate dry yeast (a.k.a., make sure the yeast is alive and working) before adding it to your dough. It’s super simple, but it’s nice to have a video to see exactly how to do it.

So without further ado:

And on that note, I’m off to go eat even more food to make better use of my stretchy pants. Happy weekend, loves!

Disclosure: I received compensation from Red Star Yeast for video development purposes. All opinions are my own.

7 comments on “how to proof or activate dry yeast {video}”