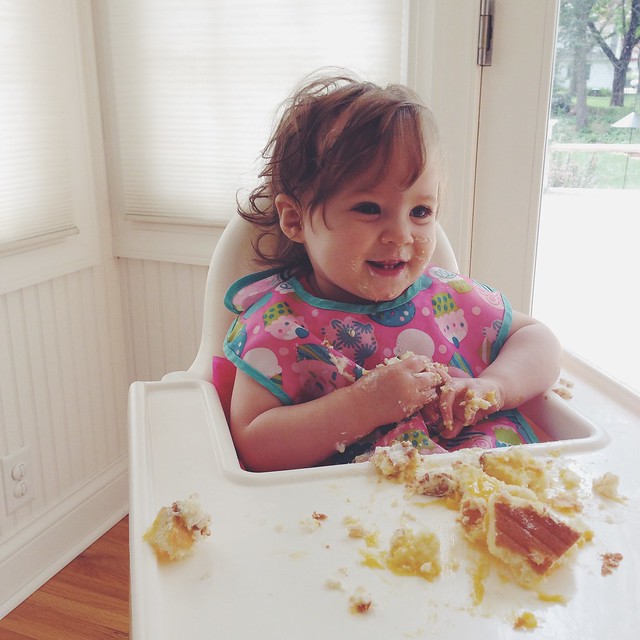 And just like that, my little one is one.

I’ll continue to say it because it’s just so true: Time flies. It really does. I swear I blinked and yesterday Avery was born. I blinked again, and today she is one year old. Just a moment ago I was the most sleep deprived I’ve ever been in my life, waking up every couple of hours day and night to nurse/swaddle/try to figure out why she’s crying this time (or maybe it was me crying? I forget) while simultaneously cuddling the smallest, sweetest bundle of baby joy. And then, a moment later, she’s wobbly and walking and pointing at “birdies” and clapping her hands and throwing her first toddler tantrums and calling for “mamamamama” and giving me the best hugs and kisses I’ve ever received in my life.

If there is a thesis statement to this post, it is this: Motherhood is the single most difficult and amazing role I’ve ever played. And I am so blessed to be able to play it for my sweet Avery Kate. 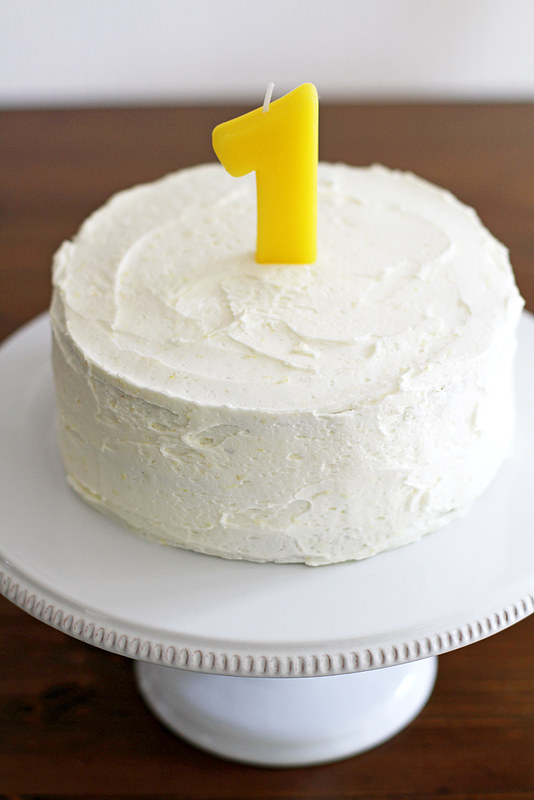 Oooooookay, so before this gets too sappy, I’ll tell you about her party: Um, we didn’t have it. My mom came into town the week before Avery’s birthday to visit and on Thursday night, she very quickly came down with a case of nausea and the shivers. A few hours later, she had the stomach flu. I’ll spare details. Because it got worse: By Friday night, my birthday, it had taken me down. And by Saturday morning, Avery’s birthday and the day of her party, it had knocked down my husband, too. Thankfully we were all pretty well recovered by Sunday, but I also had a fridge stocked full of uneaten cake and appetizers and, on the counter, a few boxes and bags of unopened streamers, pink polka dot plates and yellow pom poms. 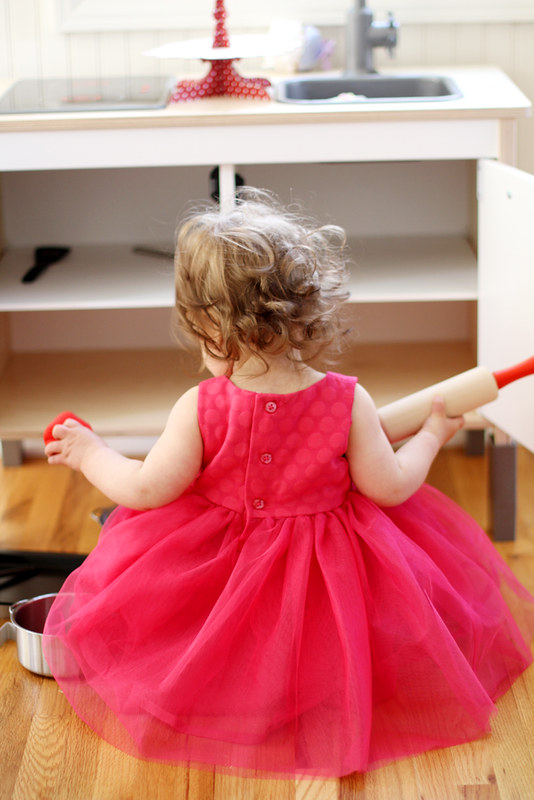 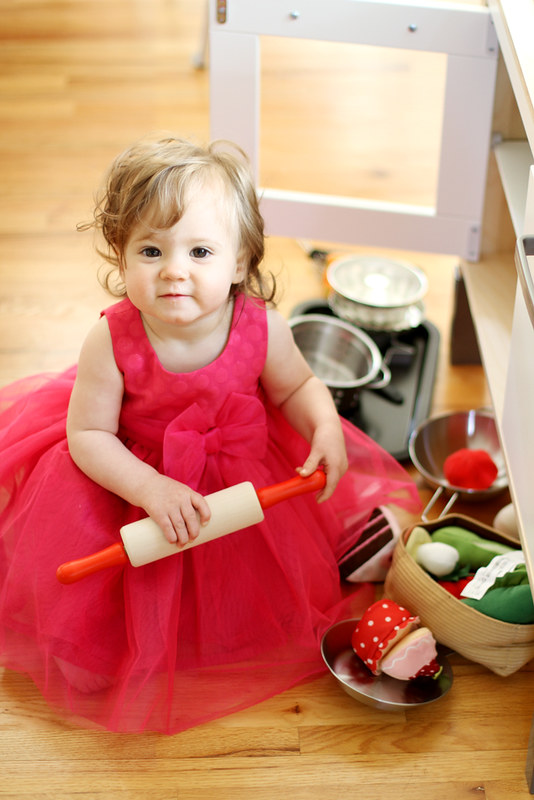 I was pretty devastated, at first, that I was completely down for the count on Avery’s birthday. But if ever there was a time to be sick, it was Saturday, because my mom, dad and grandma all were in town and were able to take care of Avery and make her birthday special, even if my husband and I weren’t there to share in the fun. And I was able to drag my sickly self downstairs the afternoon of her birthday to give her one of her presents — a personalized mini chair from Pottery Barn Kids, which she LOVES. Though she still climbs into it over one of the armrests, instead of the middle like a normal human being. I love her.

Anyway, by Sunday we were able to celebrate with cake, and celebrate we did. Avery had her first-ever slice of sugary dessert goodness and well, if that girl isn’t her mother’s daughter, I don’t know who she is, because she ate nearly the whole thing. So proud, I am. And then we gave her a bath because did you know babies eating cake with their hands is messy? How naive I was. 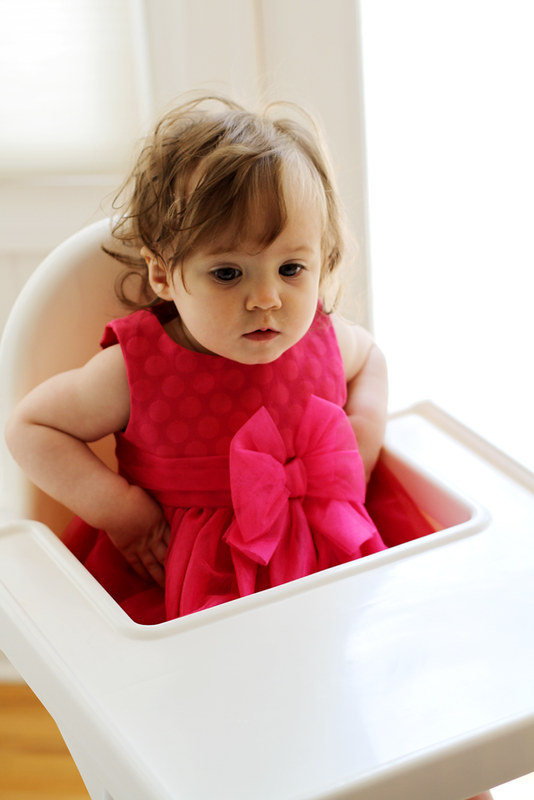 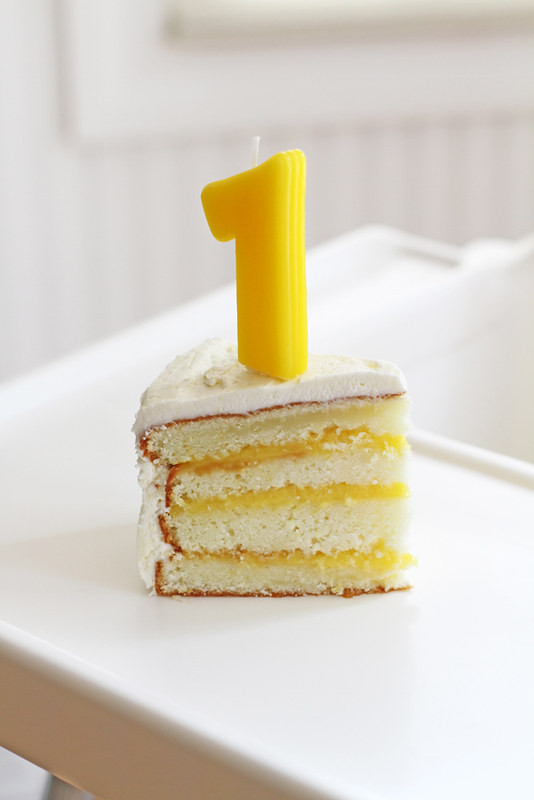 I chose a triple lemon layer cake for Avery’s birthday cake. We have a hunch that yellow is her favorite color (because we think she tends to pick out the yellow toys from her toy baskets, but really, we could just be making this up), so I went with lemon. Then I upped the ante by making a lemony white cake, layering it with lemon curd, then covering it all (albeit VERY SLOPPILY) with a sweet lemon buttercream frosting. It was delicious.

We also gave Avery the rest of her presents, including this adorable kitchen set from IKEA that I’m pretty sure I bought more for me than for her because I fell in love with it, like, years ago, before Avery was even a twinkle in mine eye. But luckily she took to it quickly, too, and played with it for hours and hours — alternating with climbing into her chair via armrest, of course. 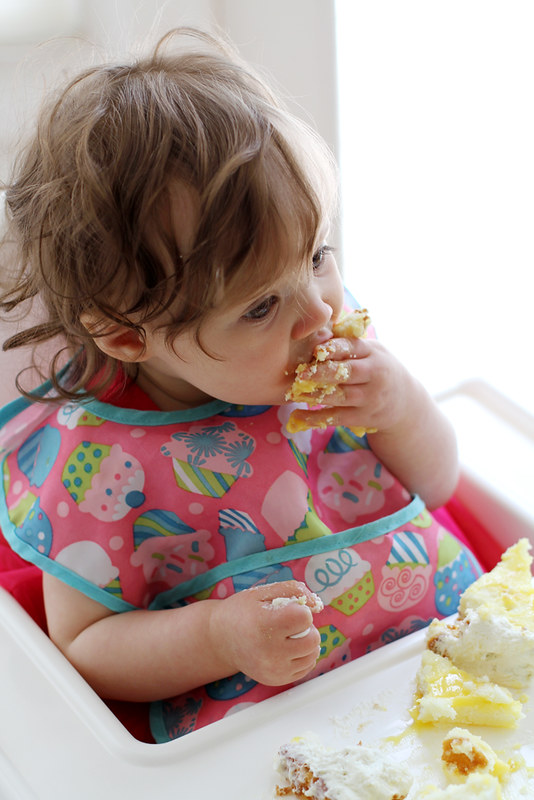 And now here we are, one year into this journey together, and I cannot be prouder to be called Avery’s mom. She is a gentle soul, so sweet and playful, smart and spunky (and a little sassy). She makes this ridiculous pouty face and fake cries whenever she doesn’t get her way and she really hates getting her diaper changed because it keeps her from playing and getting into things, but otherwise she’s a happy girl. She loves being outside, eating fruit and cheese, drinking out of her sippy cup, clapping her hands, dancing to music and trying to chase our cat around the house. And if this one year has brought us this much joy from her, I can’t imagine what a lifetime will bring. 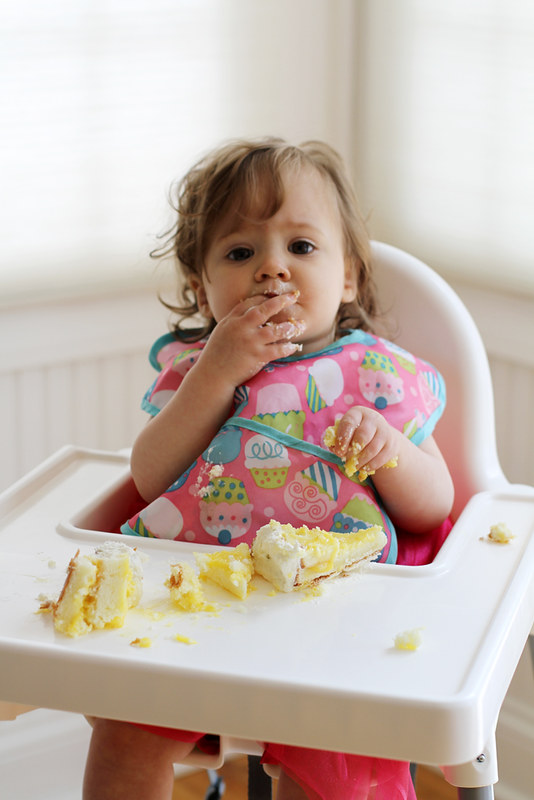 Happiest birthday to you, sweet one!

32 comments on “twelve months of motherhood {a baby update}”