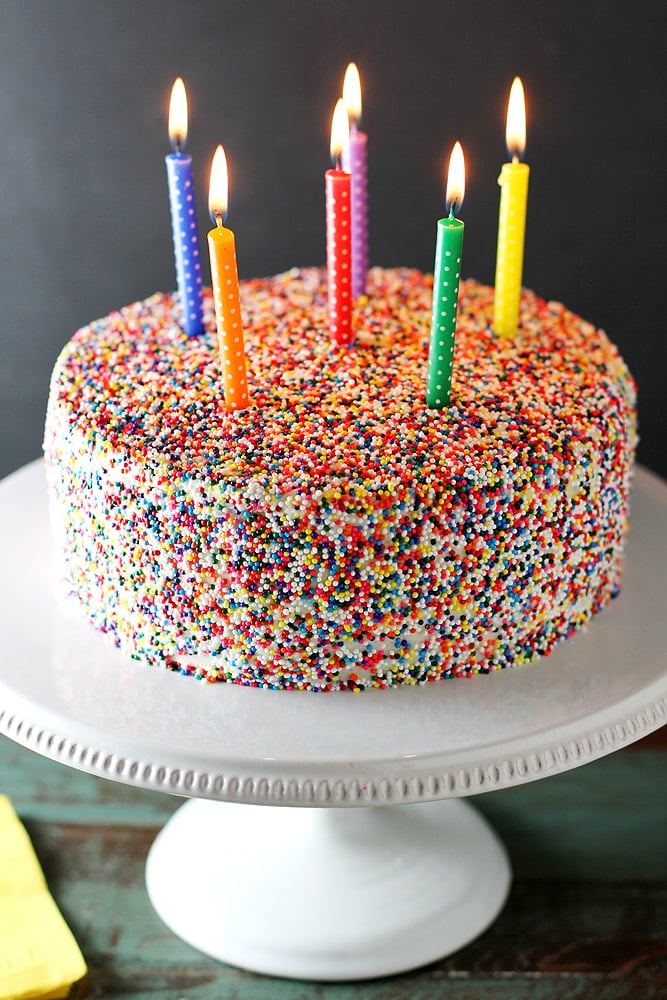 Alternately titled, “That One Time I Covered an Entire Cake in Sprinkles and Lived to Tell About It.” ← Because oy, that is one not very easy task (but worth it, for the pretty-ness!).

More specifically, let’s talk about what’s going on behind those sprinkles: A perfect birthday layer cake. As in, a classic from-scratch white cake flavored and flecked with vanilla beans and then frosted with the most decadent, fluffy and smooth vanilla buttercream. It’s truly magical. 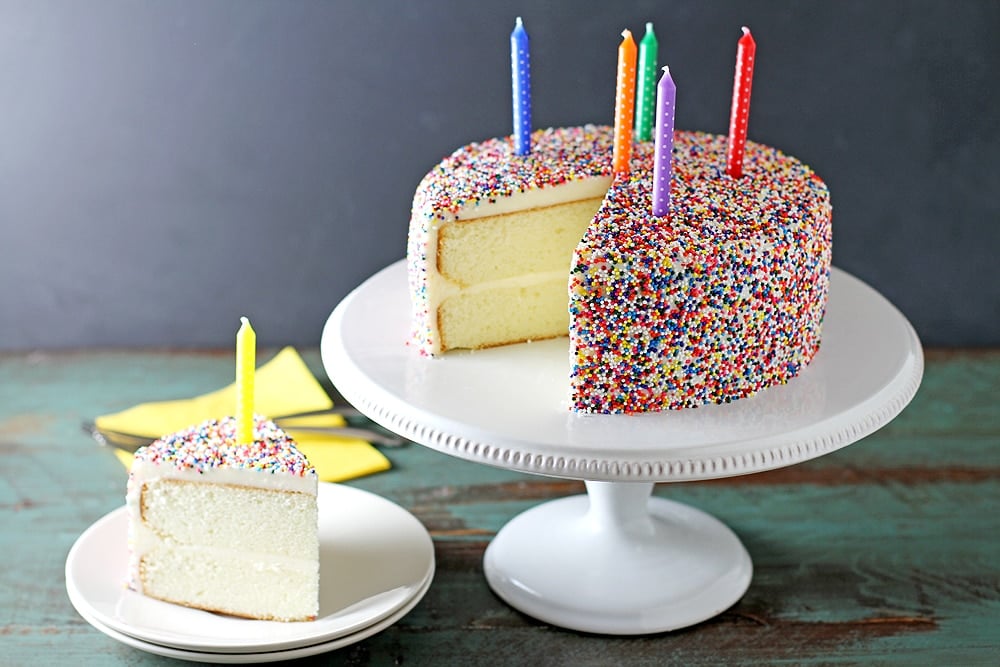 I made this cake not because there are any birthdays around here (though I am already planning Avery’s first-ever birthday cake for May because it’s a big deal and I want to solidify in her tiny baby short-term memory that her mother painstakingly researched and brainstormed the flavor and composition of her cake even if that’s just really kind of insane, mmmk?), but because I’m talking about Cake Baking 101 and such over on the KitchenAid blog today. That’s also where you’ll find the recipe for Vanilla Bean Birthday Cake with Vanilla Buttercream Frosting.

Over there, I talk about my tips and tricks for baking the best cakes, plus a few pointers on frostings. I don’t, however, discuss how many minutes (hours? days? I lost track) it took me to cover the cake in sprinkles. It just takes… a while. And a lot of sprinkles (and maybe also some wine). So be prepared. But like I said, it’s worth it — if nothing else for that moment when, for whomever you decide to make this cake, they see it in all its homemade, sprinkle-covered glory and gasp with glee. Because they will, I guarantee it.

How do I know? Because that’s what I did once it was all said and done, and it wasn’t even a surprise to me. I just really really ridiculously love cake.

Head over to The Kitchenthusiast for the recipe and happiest of Thursdays to you, friends!