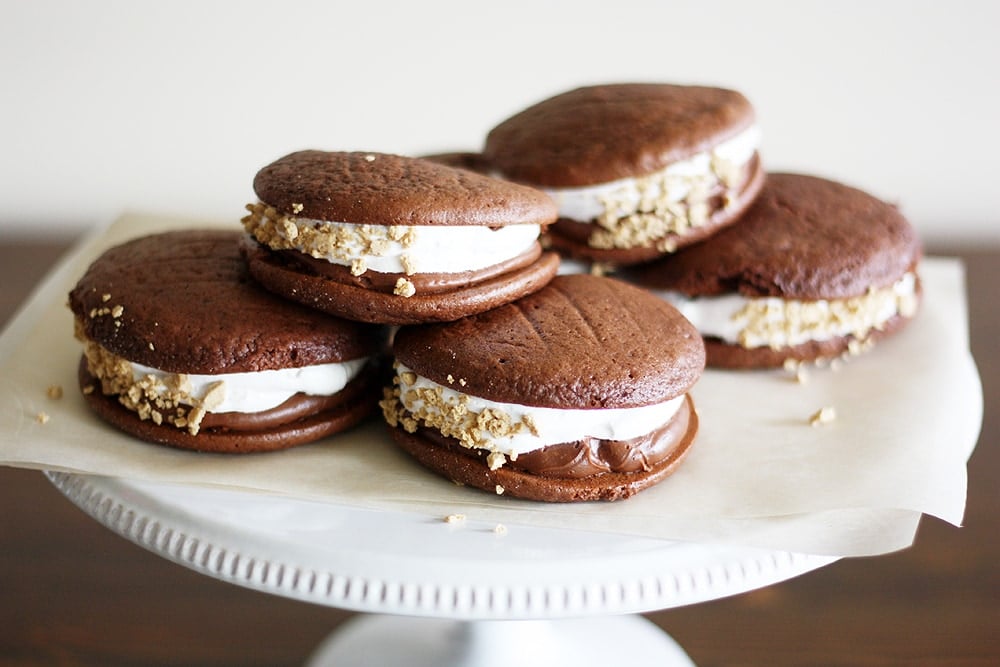 It may be mid-September but to me, s’mores season lives on long throughout the fall. And really, if I wanted a s’more in the middle of a snowstorm in January, NO ONE CAN STOP ME.

Sheesh, that was a little dramatic. Sorry about that. Back to the s’mores.

While these double chocolate s’mores whoopie pies aren’t made quite so properly, the stuffing part is still intact. And I think Ham would be OK with that. I hope you are, too. 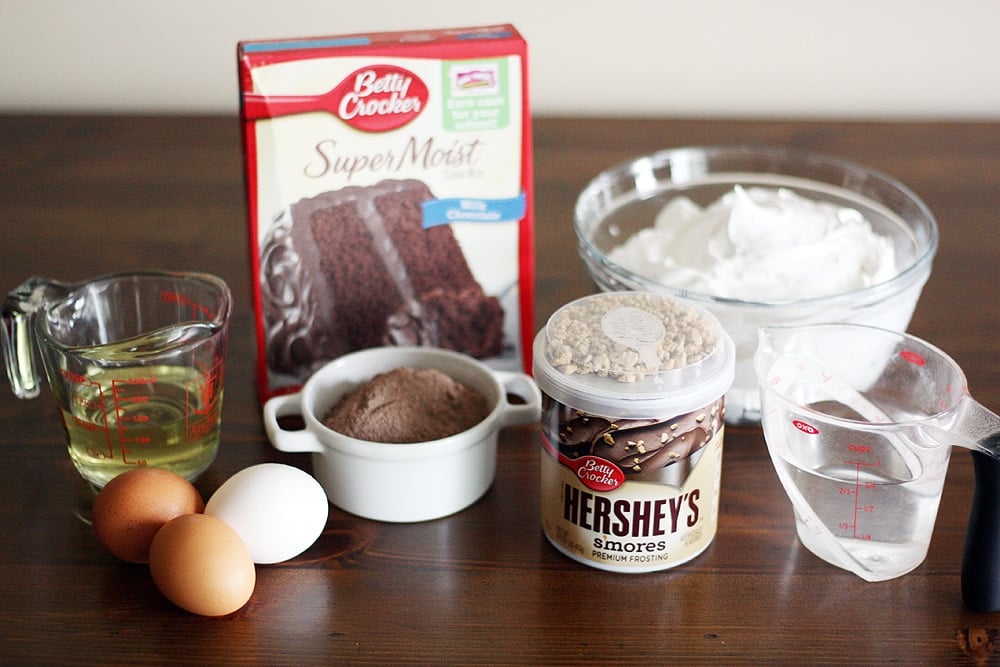 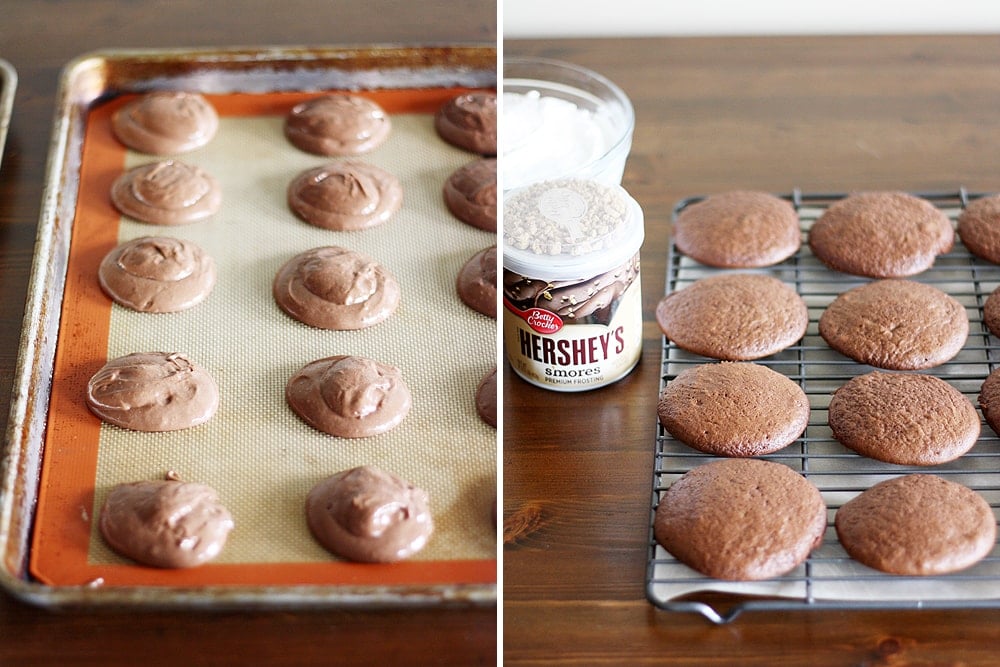 Two of my favorite names in, well, life — Betty Crocker and Hershey’s — recently teamed up to come up with a new line of baking mixes and frostings that are, quite honestly, nothing short of awesome x 1000. I had the honor of giving them a try a few months ago at the Betty Crocker Kitchens, and it was amazing. Almond Joy frosting, hello! Reese’s cupcakes, are you kidding me? Cookies n’ Creme cookie mix, come to mama. I said all those things out loud at the Kitchens, too. Just kidding. But I thought them a whole lot. 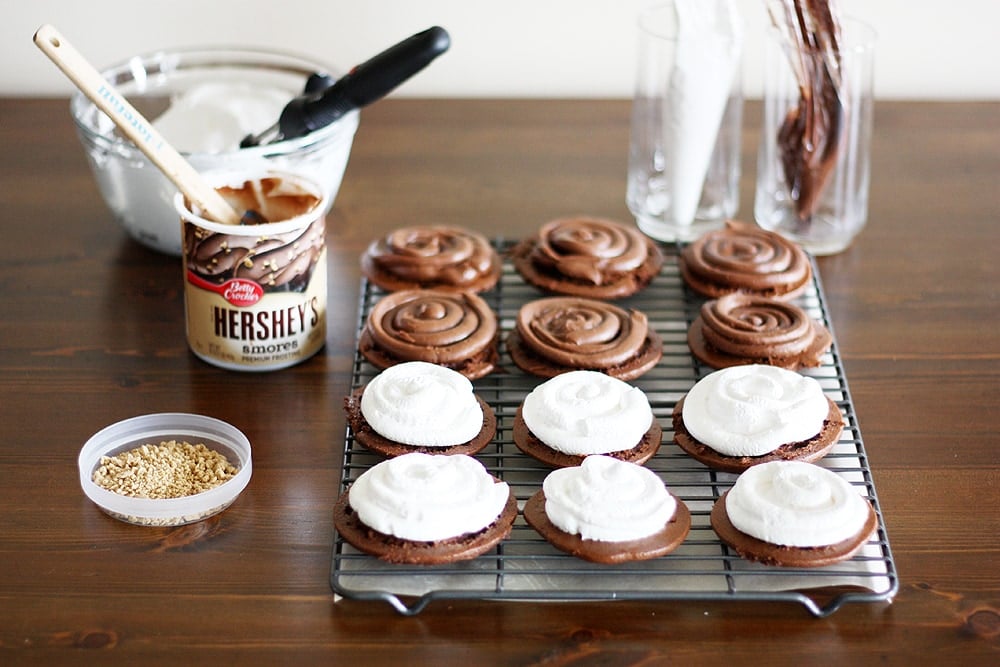 Of course, they also have a s’mores flavored frosting, which served as the inspiration for these little ditties. A marshmallow and chocolate-flavored frosting with crushed graham crackers on top, it’s like a portable s’more in a container. So when I don’t have the proper ingredients for s’mores lying around, I can just spoon myself a s’more right out of there. Or, you know, make these whoopie pies. That’s probably a better idea. 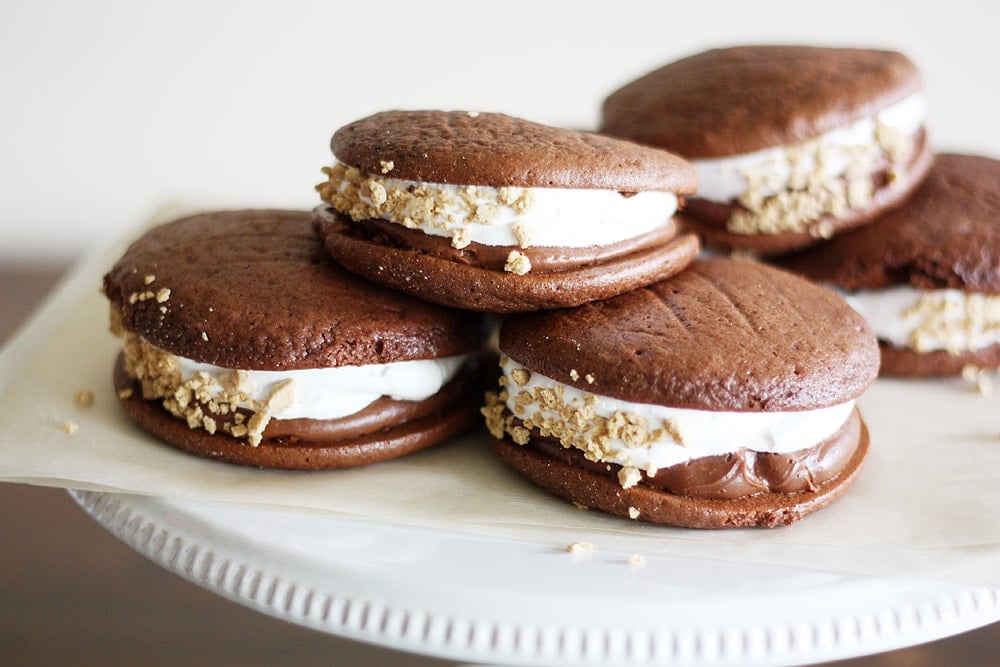 So here’s the gist of this recipe: We have two chocolate cake mix-based cookies with homemade marshmallow fluff and Hershey’s s’mores frosting in the center. Then we dip them in crushed grahams. Then, we stuff.

Off to eat one or five of these and watch “The Sandlot.” I suggest you do the same. 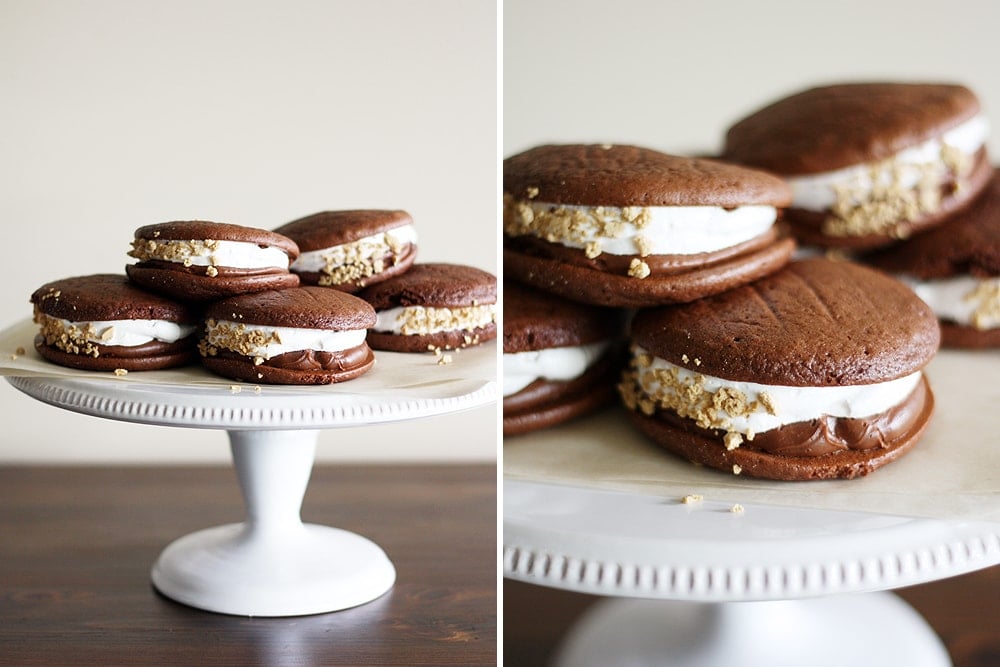 P.S. Check out the full line of Hershey’s® products here. Get ready to drool.

Disclosure: I received compensation from Betty Crocker for recipe development purposes. All opinions are my own.