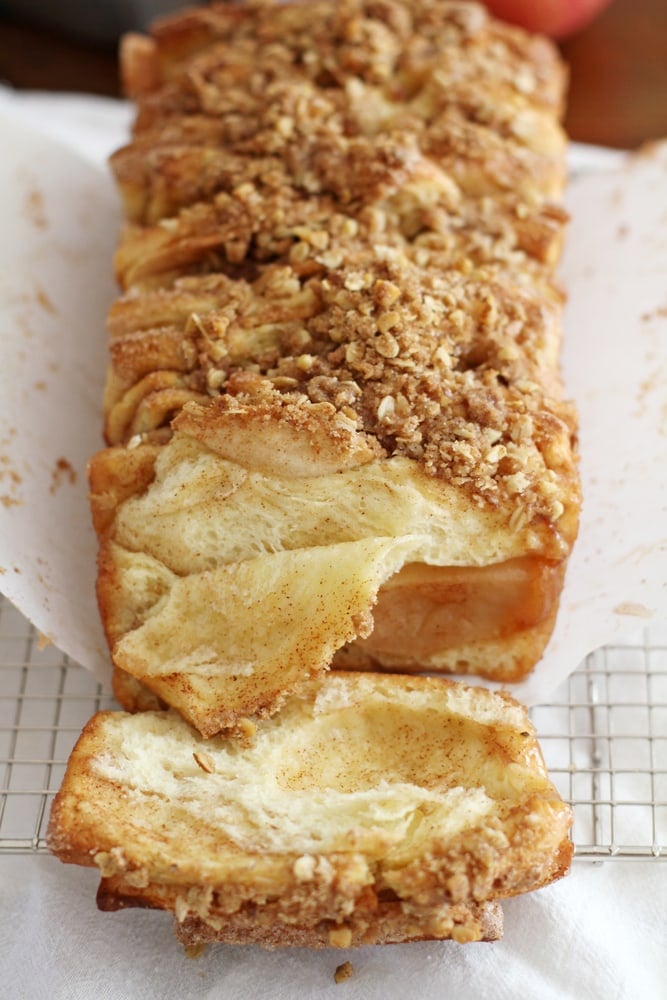 (This giveaway is closed.)

Not only am I sharing a recipe with you that is, quite honestly, the best thing I’ve baked all season, it’s also the day I get to share with you the awesome partnership between Red Star Yeast and Stop Hunger Now and their joint campaign to bake the world a better place.

Oh, AND there is a giveaway at the end. AND it’s Friday. Let’s dance the Carlton for all o’ that.

Sometimes I think the food that I make doesn’t really matter or make a difference. I mean, yes, there is nothing I love more than to provide a meal to my family and to anyone who comes over — it’s what I love most about food, really, that it brings people together in a joyful and intentional way. But at the end of the day, I don’t feel like my enchiladas are going to save the world, just my hangry-ness.

That’s why Red Star Yeast and Stop Hunger Now are coming together to raise awareness of their mission: To end hunger in our lifetime by providing food and life-saving aid to the world’s most vulnerable and by creating a global commitment to mobilize the necessary resources. Did you know that 842 million people in the world do not have enough to eat, and that every day, more than 25,000 people die abroad of hunger and hunger-related causes? It is why Stop Hunger Now aims to provide nutritional, filling meals worldwide. In 2013, roughly 125,000 volunteers worldwide packaged more than 42 million meals for recipients in 30 countries. Also in 2013, Stop Hunger Now sent more than $9 million worth of donated goods — including antibiotics, birthing kits, water filters, school desks, projectors, fabric and solar lights — to countries in need.

In 2014, they — and we — want to make those numbers even bigger. And it can happen starting with the food we make in our homes. 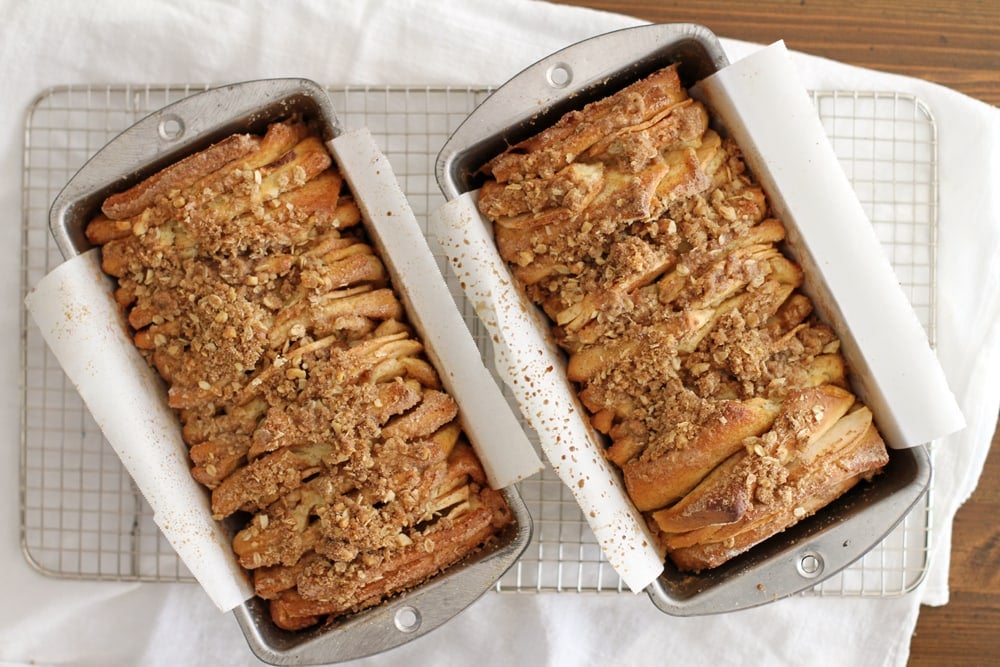 Red Star Yeast asked a few bloggers to share a double-batch recipe — one to keep, one to give away or share — using their yeast as a way to share the collaborative mission to end hunger, whether abroad or right in our communities. Their goal is to provide 200,000 meals annually through Stop Hunger Now, and to do so, a portion of Red Star Yeast’s proceeds will go toward providing those meals and life-saving aid to families in need. 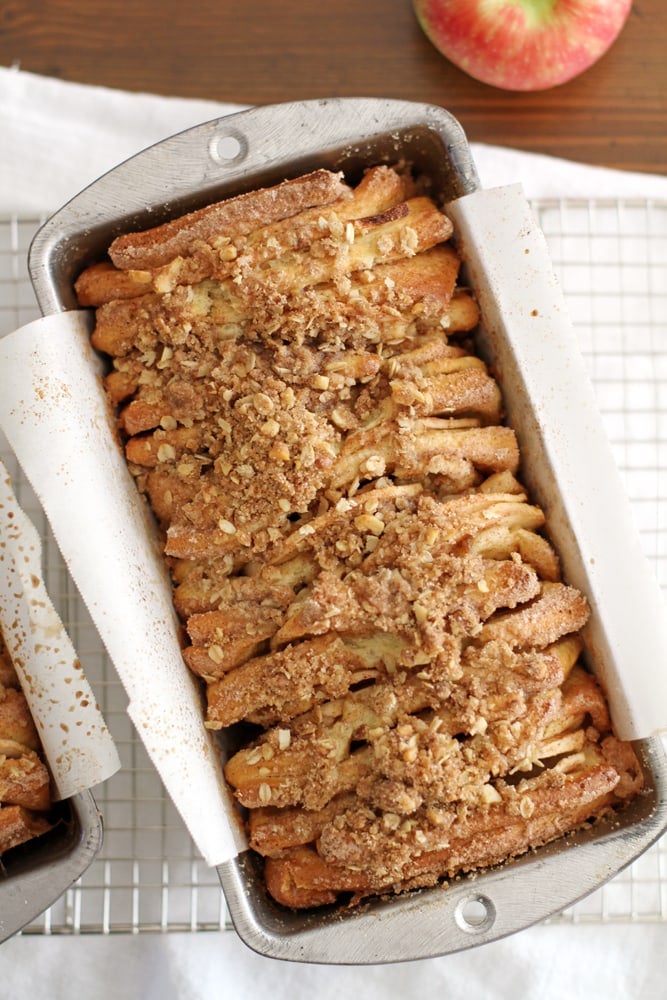 All of this to say — what we make in our kitchen really does matter. It matters that you buy that package of yeast to bake your own creations in your kitchen, because not only does your purchase go toward ending hunger, you are also providing a meal or a treat for those you love in your own home, and that means something. Little by little, baked good by baked good, we really can help end hunger now by baking the world a better place.

So in the spirit of that message, I decided to bake this apple cinnamon streusel pull-apart bread. To me, it’s the most comforting baked treat I could think of — cozy fall flavors of apple and cinnamon, a sweet, buttery, homemade streusel and of course, bread (because everyone knows carbs = love). I like that it’s pull-apart, too, so it’s easier to share: Just pull off a generous piece, still warm and soft from the oven, and enjoy it alongside a cup of coffee with those you love. Few things are better than those moments — except knowing that this time, you’re also doing good outside of your home, too. 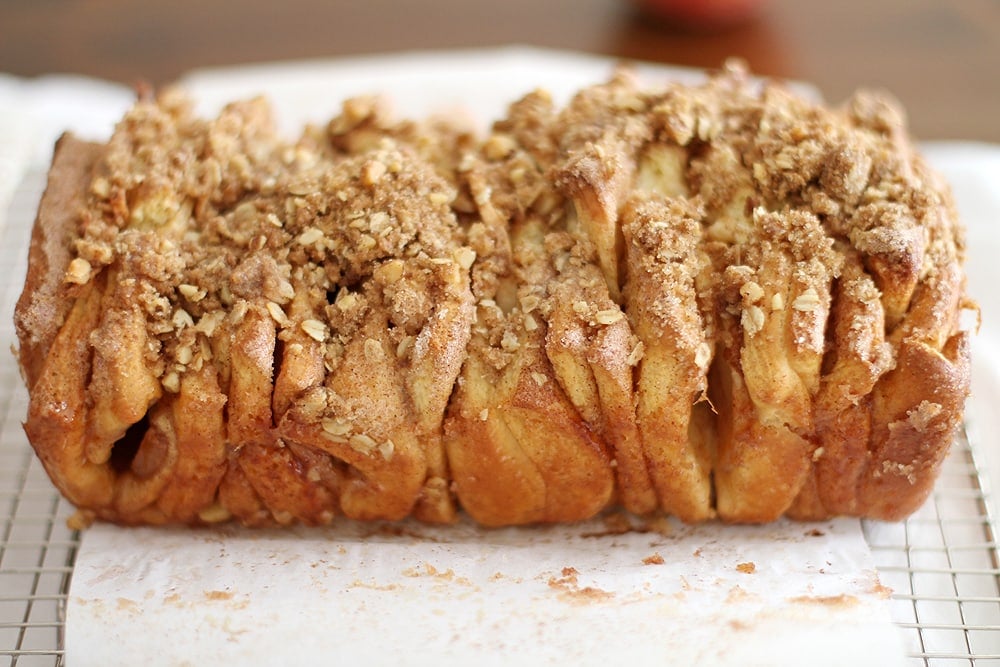 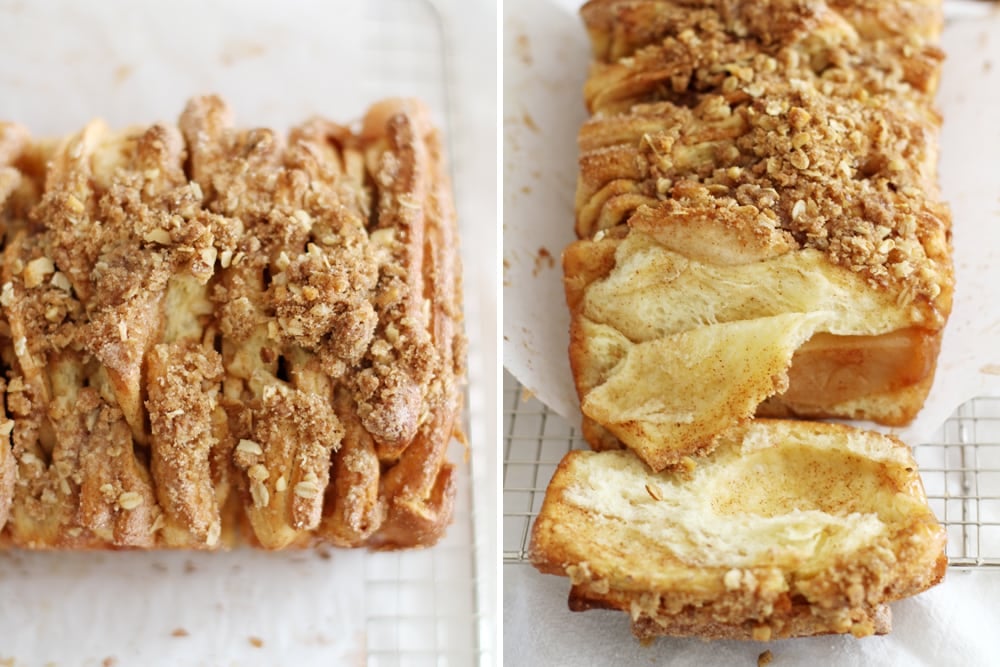 So where do you come into all of this? First, you can make a purchase on Red Star Yeast’s website (they’re currently offering a Buy One, Get One Free coupon for a 3-package strip of their yeast, which you can find at the end of this post!). You can also visit Stop Hunger Now’s website and consider making a donation to their cause. And finally, you can make your own double batch of this recipe and share it with someone you care about, whether that’s your family, your neighbor or one the local community centers.

And because you all are so amazing and generous (and just read through the most epic post of all the posts), there’s a giveaway for you! Red Star Yeast is generously gifting one lucky reader with the following: a bread basket with a warming stone, a signed copy of “The New Artisan Bread in 5 Minutes a Day” book and a Red Star Yeast mixing bowl, towel, dough whisk, apron and yeast.

To enter the giveaway, visit the Red Star Yeast Baking the World a Better Place Pinterest Board. Then, leave a comment below on which “Bake & Share” recipe(s) you plan to make!

Be sure to leave a comment below for each extra entry stating you did so!

Update: David L. is our winner. Thanks for playing, everyone!

OK, one more side note thingy slash a request! Red Star Yeast is hosting a Pinterest contest for the bloggers participating in their Stop Hunger Now campaign. The first place winner gets two round-trip airline tickets to anywhere in the continental U.S. (warm-weather states, I’m looking at you)! So if you could pretty, pretty please go visit my recipe pin on the Red Star Yeast group board and repin it (which counts as your vote) any time between now and 7 p.m. CST on November 7, I would be forever grateful. You’re awesome, thank you times a million and let’s group hug.

AND FINALLY (whew), about that coupon: Red Star Yeast is offering a Buy One, Get One Free coupon below to all y’alls for a 3-pack strip of Red Star Yeast so you, too, can bake and share. 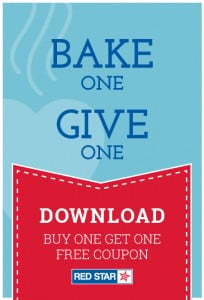 Happy baking, friends; and know that even the little things you do matter.

P.S. Check out all the yums the other bloggers created for the Stop Hunger Now campaign:

For the streusel topping: