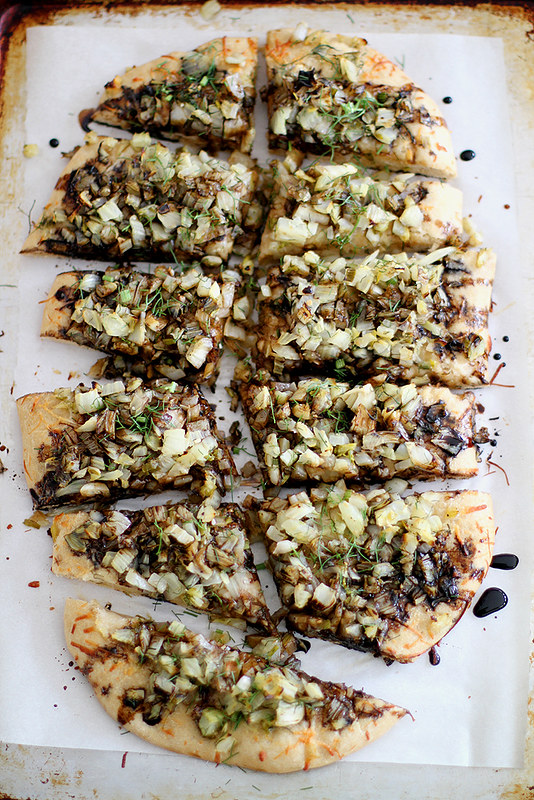 I’m officially less than four weeks out from my due date, you guys. It’s getting real. Really real. And the reaction to this impending reality of ours — that is, the oh-my-gosh-we-are-going-to-have-an-infant-we-need-to-keep-alive-soon reality — has manifested itself in very different ways.

My husband, for example, has taken to doing crazy things like organizing the basement and cleaning out the car. If you know my husband, you know this is so far out of character (to explain, in college he had a constant pile of junk next to his bed dubbed “Mount Elliott,” a tradition he has maintained since college). I am obviously taking as much advantage as possible of this boost of cleanliness and orderliness from him, but the craziest part of it all is I don’t even have to ask him to do these things. He is choosing to do them on his own — in fact, I didn’t even come up with the idea to clean out the cars. He’s a new man. I am blissfully (read: ignorantly) hoping this change sticks.

As for me? I’ve been busy inventing new ways to pick things up off the floor (because it’s kind of impossible to bend down when you have a watermelon for a belly) and cooking/baking up a storm. This yummy caramelized spring onion and fennel pizza on a homemade beer crust was my most recent accomplishment — well, that, and picking up a pair of socks off the floor using my big toe. 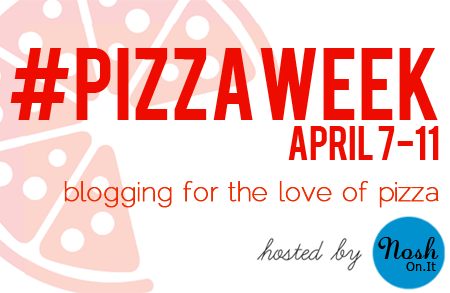 Of course, there was an even more pressing reason for me to bake a pizza and that reason is NoshOn.It’s #PizzaWeek. Today kicks off the exciting extravaganza that is bloggers showcasing their pizza best. And let me tell you — if you didn’t think you were having pizza for dinner (or breakfast, or dessert) every day this week, once you see what everyone is making you will want to change all your plans. 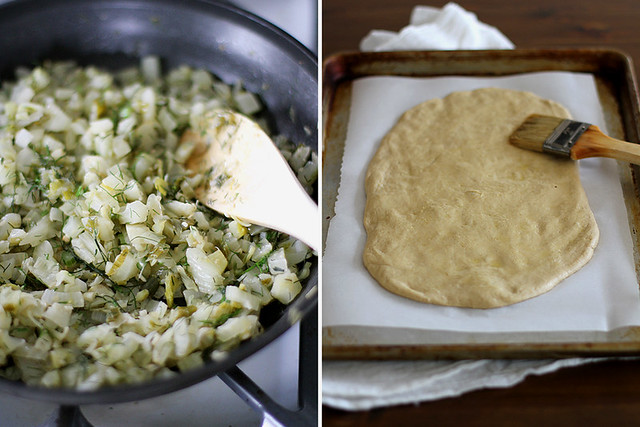 #PizzaWeek comes at a great time for me (though really, can a week dedicated to pizza ever come at a bad time? I think no) because homemade pizza has been on heavy rotation in our kitchen lately. And frankly, while I just can’t pass up the ease and deliciousness that is homemade pizza, it’s been getting a wee boring. So when #PizzaWeek approached I knew I had to make something with a little more pizzazz, va-voom and bow-chicka-bow-wow than our go-to mushroom and pepper with cheese getup. This caramelized veggie pizza with a balsamic glaze and boozy crust was the answer — the sweet, savory, cheesy and carby (do I hear that choir of angels?) answer. 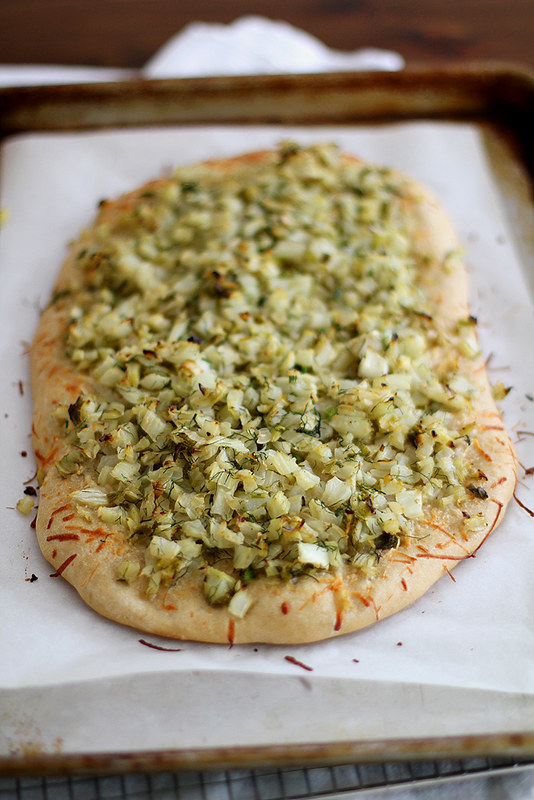 Spring onions and fennel are not what I would immediately think of when I think of pizza toppings, but this recipe just works. You chop up the veg and cook it low and slow so the zesty, fresh flavors meld together and caramelize, leaving a sweet aftertaste. Roll out a homemade beer pizza crust, top it with some oil and shredded Parmesan, top that with the veggie goodness and bake it all to golden perfection. But that’s not all — we also drizzle on a sweet balsamic reduction because we can, that’s why. 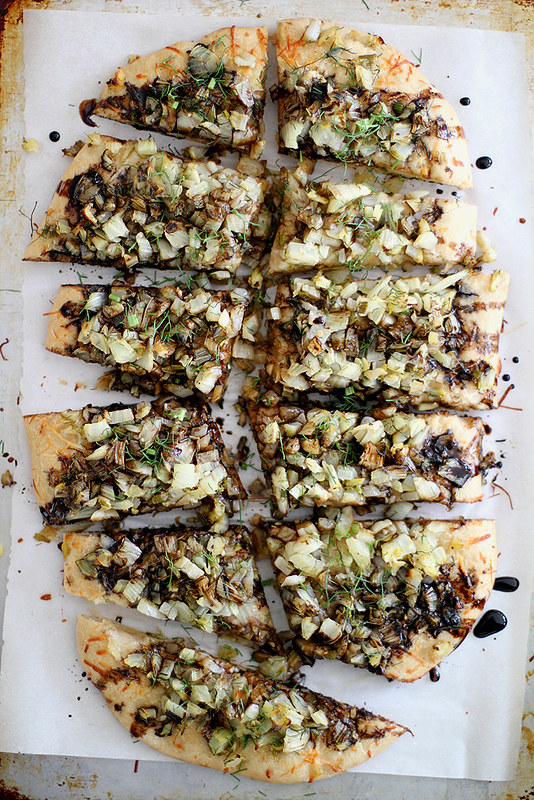 Now if you’ll excuse me, I’m off to go drool over what everybody else made for #PizzaWeek and snack on the few leftovers we have of this pizza while my husband color-codes his magazines (JOKES — he hasn’t gone that far. Yet). 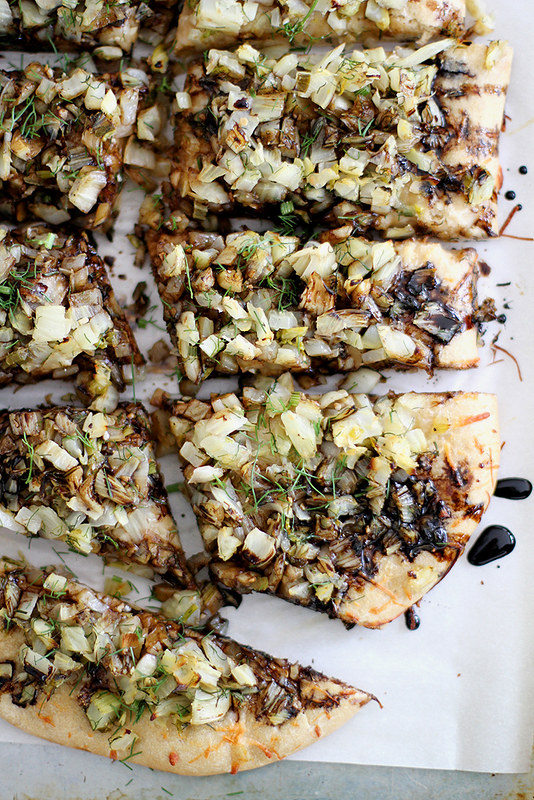 P.S. Check out the noms other bloggers made today for #PizzaWeek: