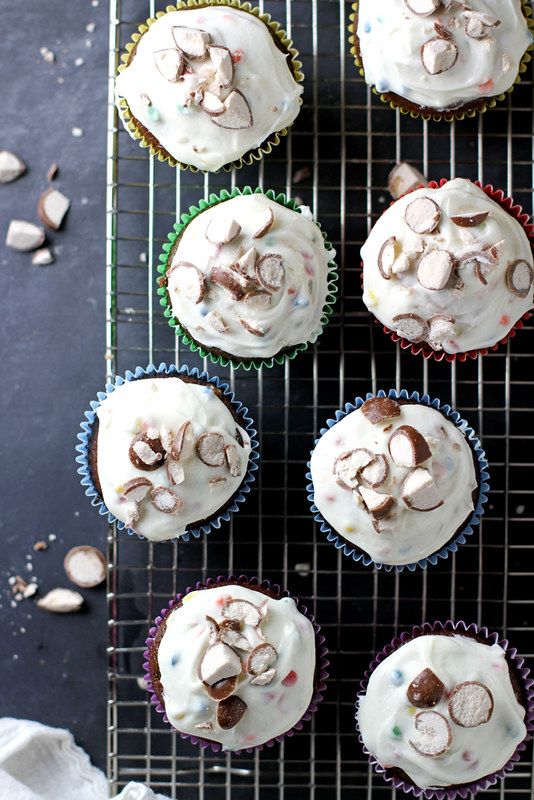 Question for you: What could be better than a malted chocolate fudge stuffed cupcake?

It’s back, you guys! The frosting with the fun little rainbow-colored chips is back! I could do a jig about it, I’m so happy. But to save us all from that embarrassing display of affection, instead I will eat a cupcake in celebration. 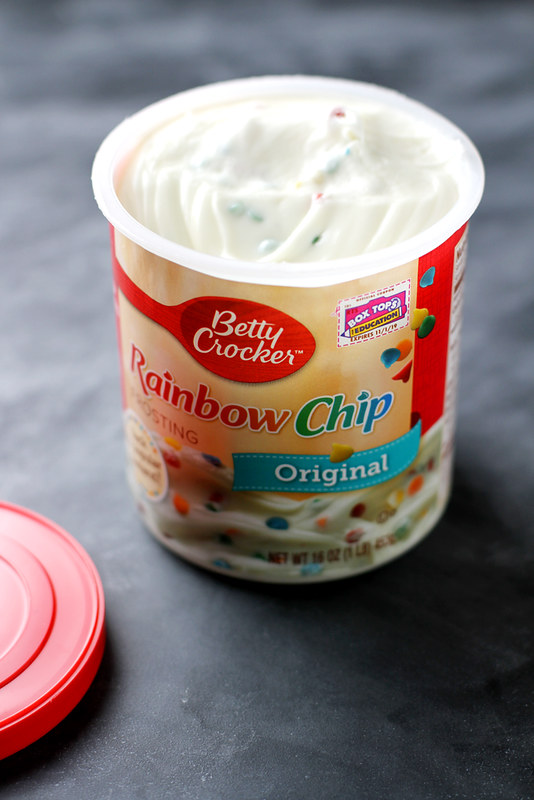 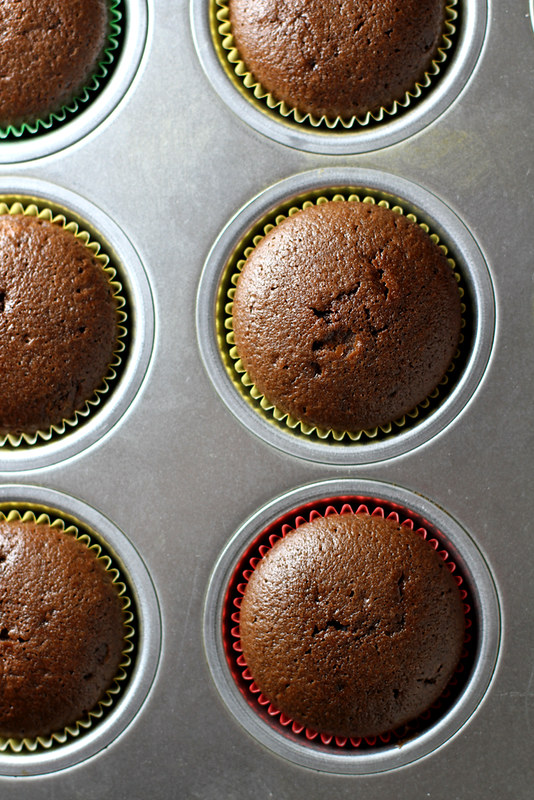 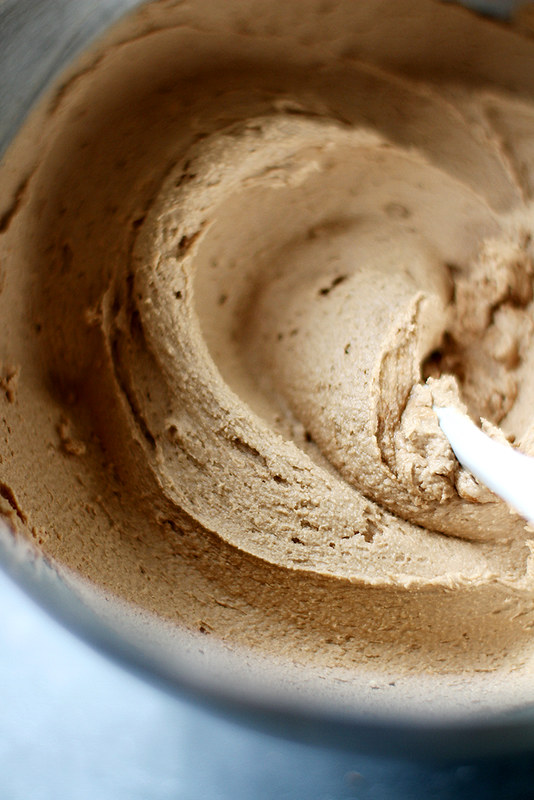 I’m not the only one excited about Betty Crocker’s Rainbow Chip Frosting’s triumphant return. There are Facebook groups with more than 15,000 fans, a change.org petition with more than 6,500 signatures and hundreds of pleas per week sent directly to General Mills for the return of the beloved frosting. That’s some serious affection right there. And Betty is listening, which is why they are bringing it back to the masses. 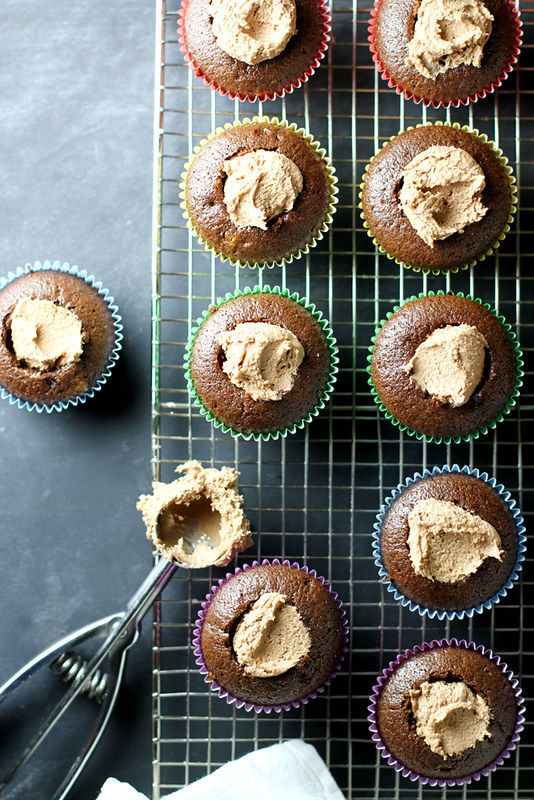 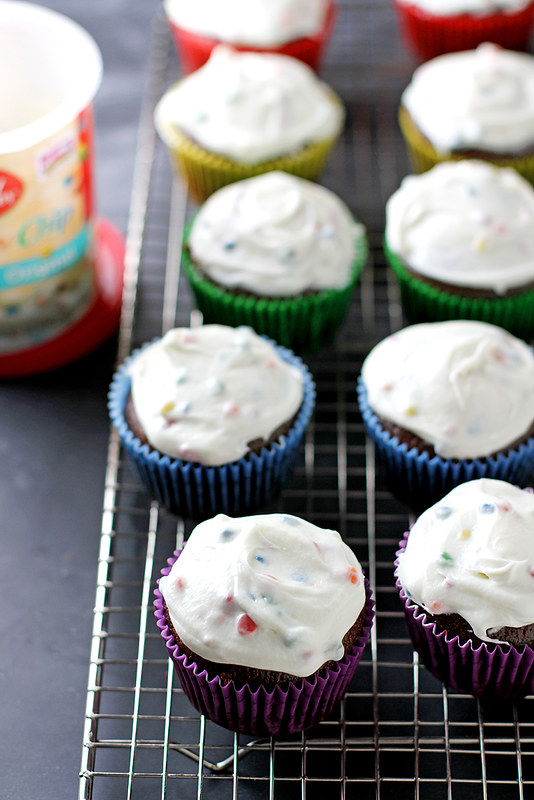 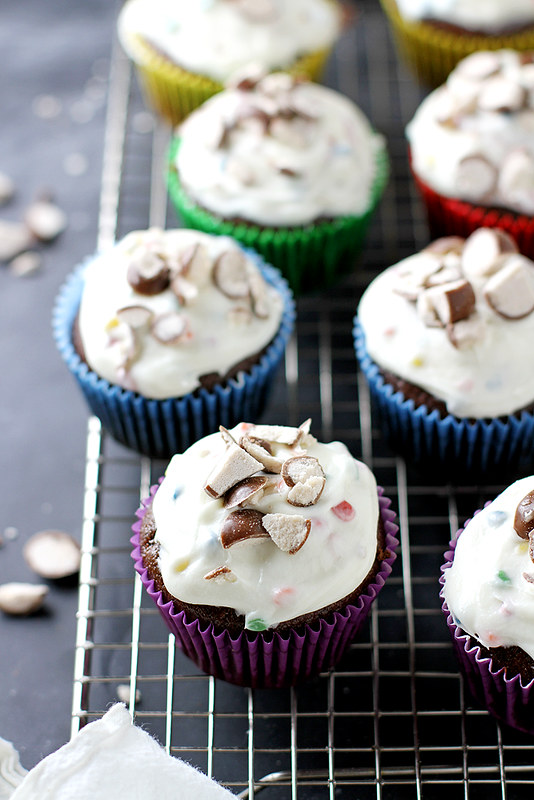 These cupcakes just exude happiness for me and there are a few reasons why: For one, the double frosting. Because why just have frosting on top when you can also stuff a cupcake with frosting, amiright? For two, the dense chocolate cupcake itself. I like my cupcakes to be sturdy rather than fluffy, and this chocolate cake base is exactly that with a decadently fudgy flavor. And for three, the crunchy malted milk balls on top combined with the rainbow chips in the frosting. That texture paired with the fluffy frosting-filled center and dense fudgy cupcake is so on fleek, I can barely handle it. I might have to eat another cupcake just to deal. 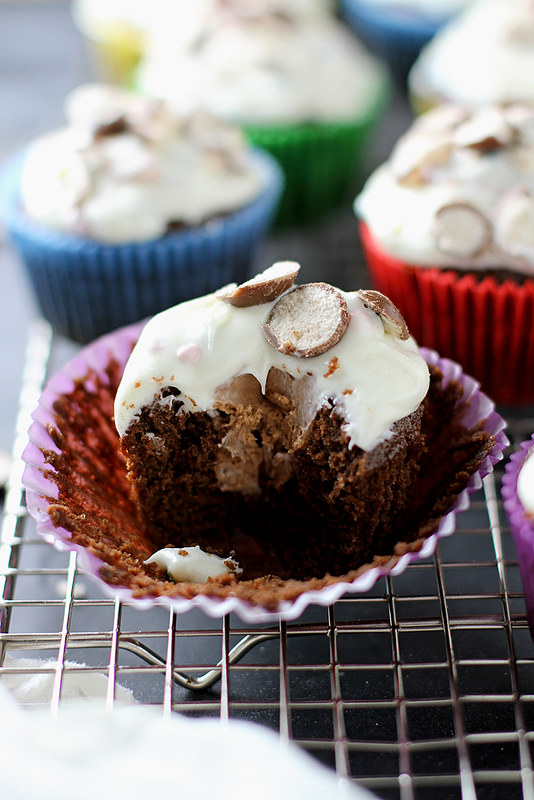 Now here’s the sad news: Rainbow Chip frosting is not yet available in stores. I know. BUT the good news is you can be one of the first to get your hands on it (plus some other goodies!) by entering the Betty Crocker sweepstakes! And if you do, you should make these happy cupcakes immediately. It’s the right thing to do. 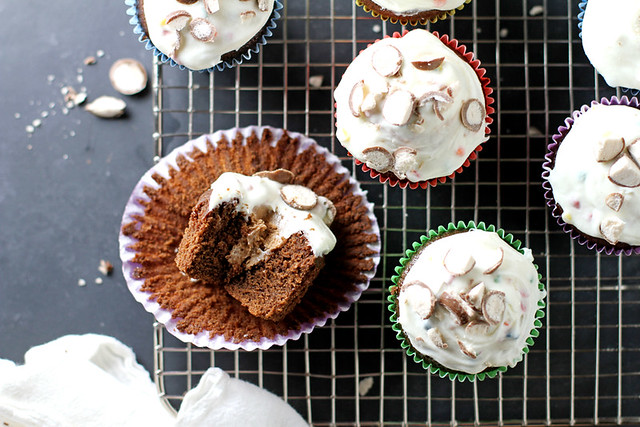 Sooooo this is what they mean by “eat the rainbow,” right?

For the chocolate malt filling:

Disclosure: I received compensation from General Mills for recipe development purposes. All opinions are my own.