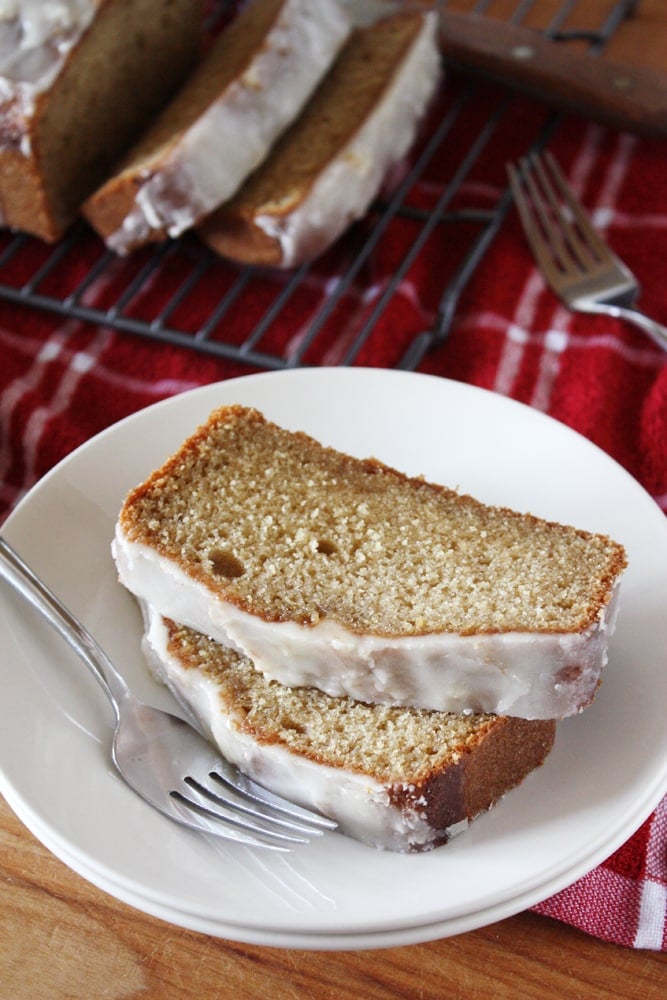 Forgive me for being a little short on words today. Things — life things, specifically (which is so non-specific, I know) — have been topsy-turvy and my focus and speech have lately been sacrificed for the greater good of keeping myself from losing my metaphorical marbles. I also forgot to brush my teeth one day (gross) and once I almost tried to remove lint (read: Copious amounts of cat hair, because my life is so glamorous) from my sweater with a duster instead of a lint roller (we may never know how these two things were mistaken for the other).

Suffice it to say, I hope that in a week or two, I’ll have many more words and good news to share and, of course, several more recipes for you to make and eat up. And hopefully, a functioning brain. 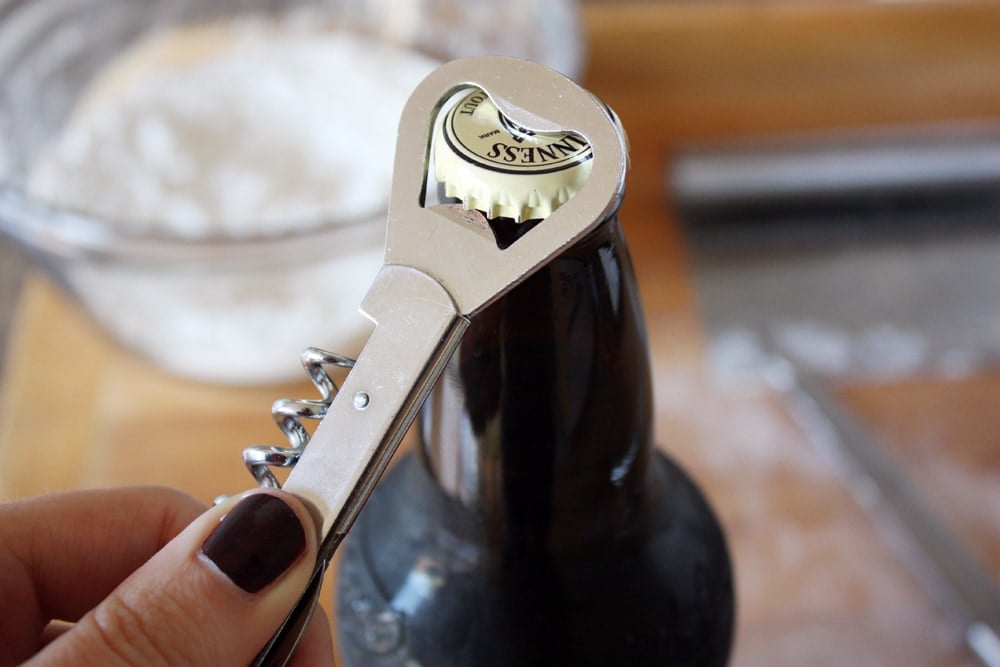 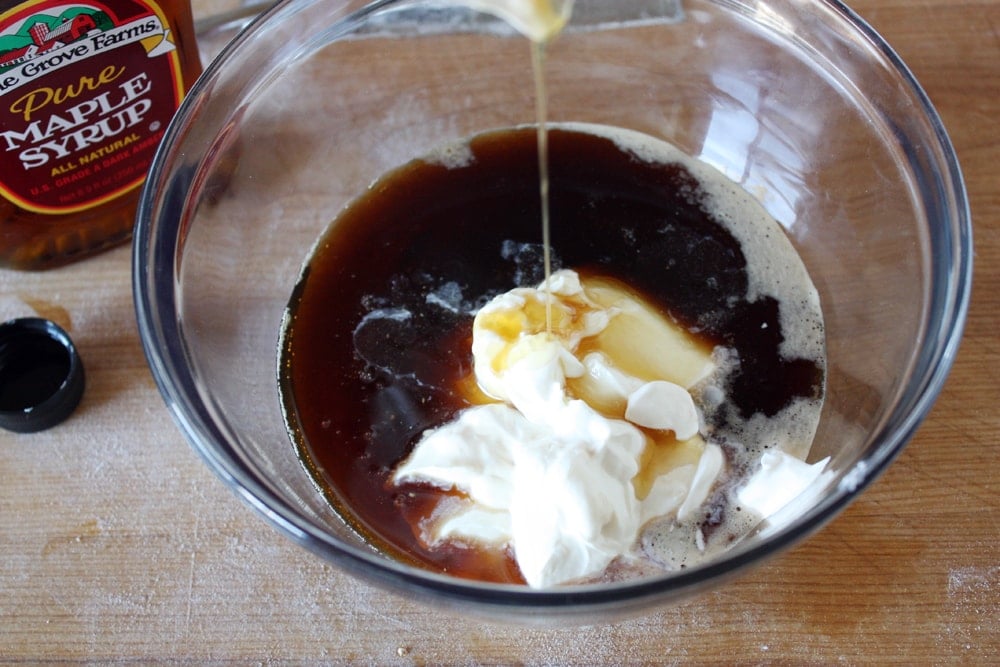 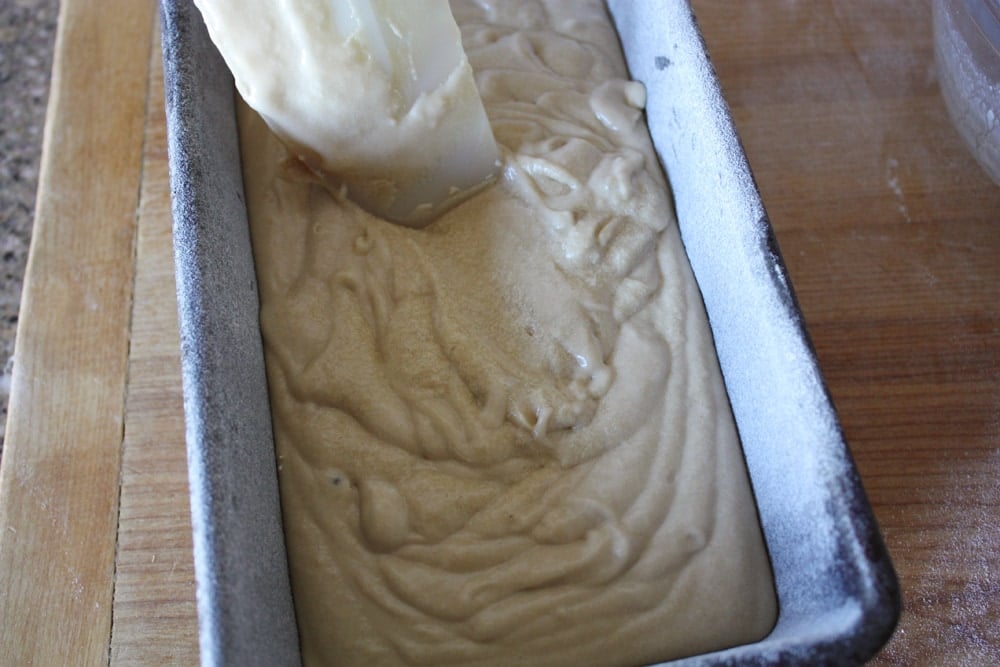 Thankfully, in the meantime I’ve got this tasty — a.k.a. rich, dark, moist, boozy, maple-y and very autumn-y — quick bread recipe to offer you and for me to snack on to bring me back to my senses, or for when I feel as though I’m about to chew off my own arm either from frustration or starvation or both because I’ve forgotten to eat breakfast (which also happened recently). Did you read that? I almost FORGOT to eat. That never, ever happens.* Clearly, this is an unsustainable state. Let’s hope this quick bread works its magic, well, quickly. 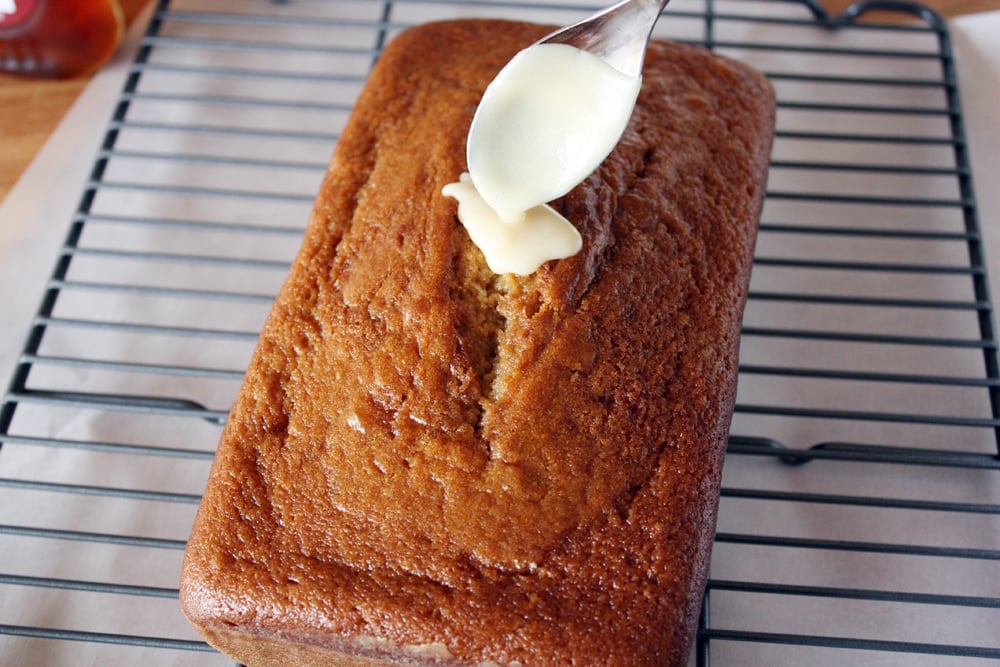 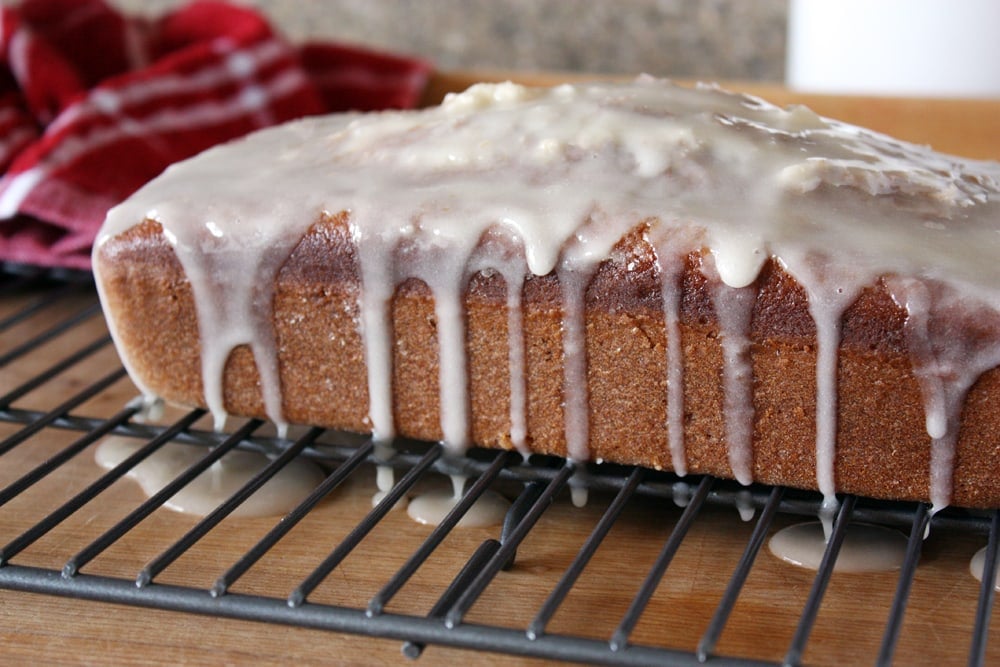 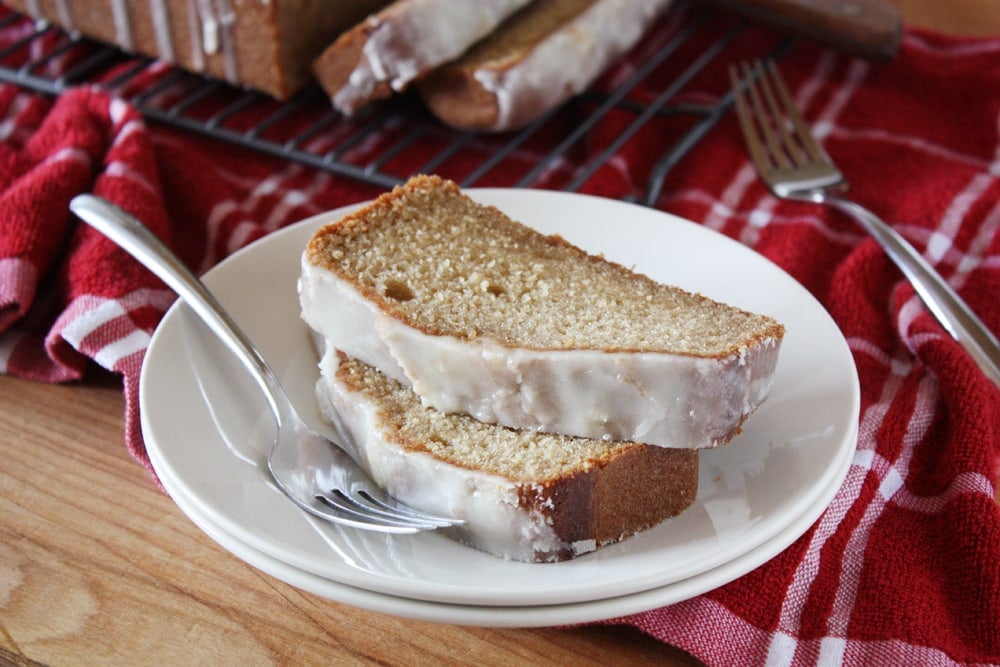 *Like how I’ve also never gone a single day without coffee in 10 years. Literally. But that’s a story for another day.

Preheat oven to 350 degrees F. Grease and flour a 9-by-5-inch loaf pan and set aside.