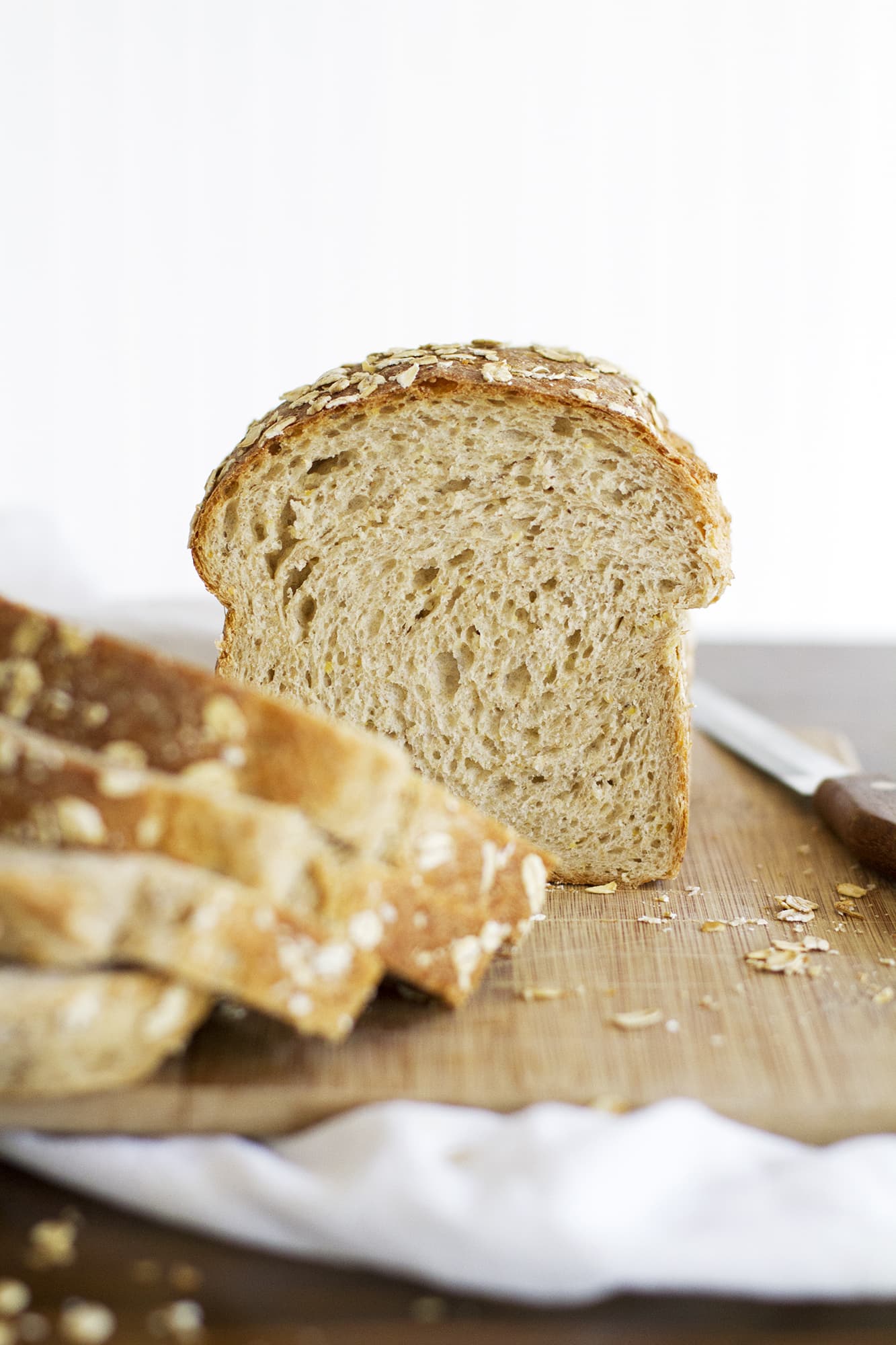 This multigrain sandwich bread is the kind of bread that gets me excited about baking bread, you know?

Let me explain. See, in the summer, no one really wants to be baking. We’d all rather be out of doors, out of office, out of kitchen, etc. I get it. I’m with you. I’ve grilled our dinner no less than five times in the last week (would have been six, if not for that random torrential downpour we had the other day when I was JUST about to go out and grill some pork chops. Dernit). Sometimes, the last thing I want to be doing is baking bread when the sun is shining and beckoning me outdoors.

But no matter the time of year, I love bread. This is pretty clear about me at this point, I would hope. And nothing compares to a homemade loaf fresh from the oven. If I could sing, “Glory glory hallelujah!” and dance a jig every time I baked a loaf of bread, I would (maybe I already do this, WHO CAN SAY). So that’s how this multigrain sandwich bread came to be — because I was craving bread (duh), I needed bread for our morning toast and our lunchtime sandwiches (for picnics!) and I felt like this bread was worthy of the sacrifice of just a few short hours in the kitchen so we could eat homemade, fresh-baked bread for days to come.

One bite, and I was in love. It was so worth it. 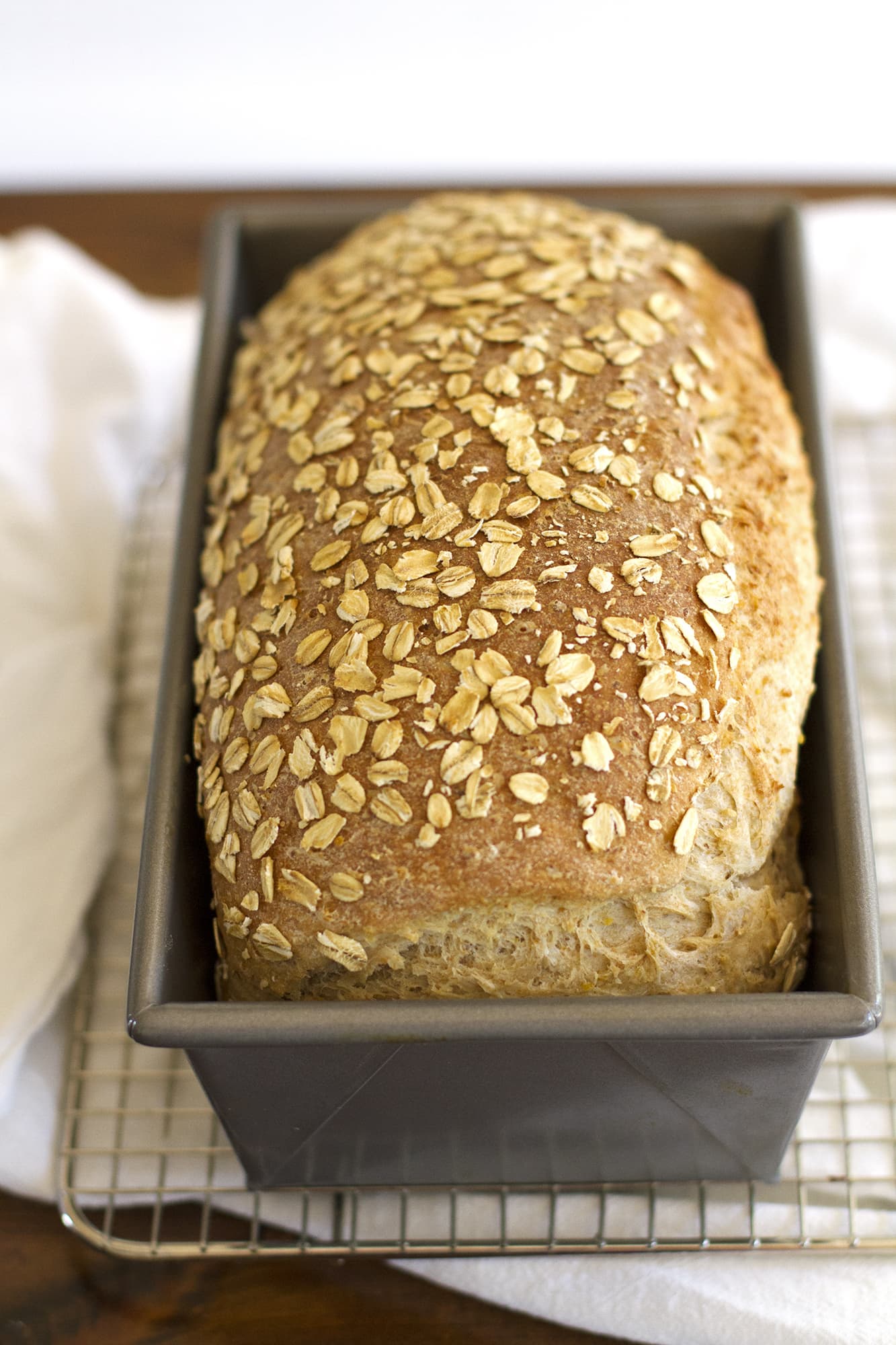 When I was envisioning a multigrain sandwich bread in my mind, this was exactly it. Soft, tender, hearty and flavorful. Sandwich-sized and toastable. Obviously delicious. It’s made with hot cereal mix and whole wheat flour and honey — simple and straightforward. It’s the kind of bread that we normally buy from the store (for shame), only a million bajillion times better. It doesn’t even compare, really. It makes me wonder why I haven’t been making this bread on the regular for years and years now, and sad to think of all those morning toasts and sandwich lunches that could have been elevated to a whole new level via homemade bread. Le sigh. Regrets aside, we are forging ahead anew with plans to make this bread a routine thing. Good thing it’s an easy bread to bake, and that I can make two loaves in one go. THE BEST. 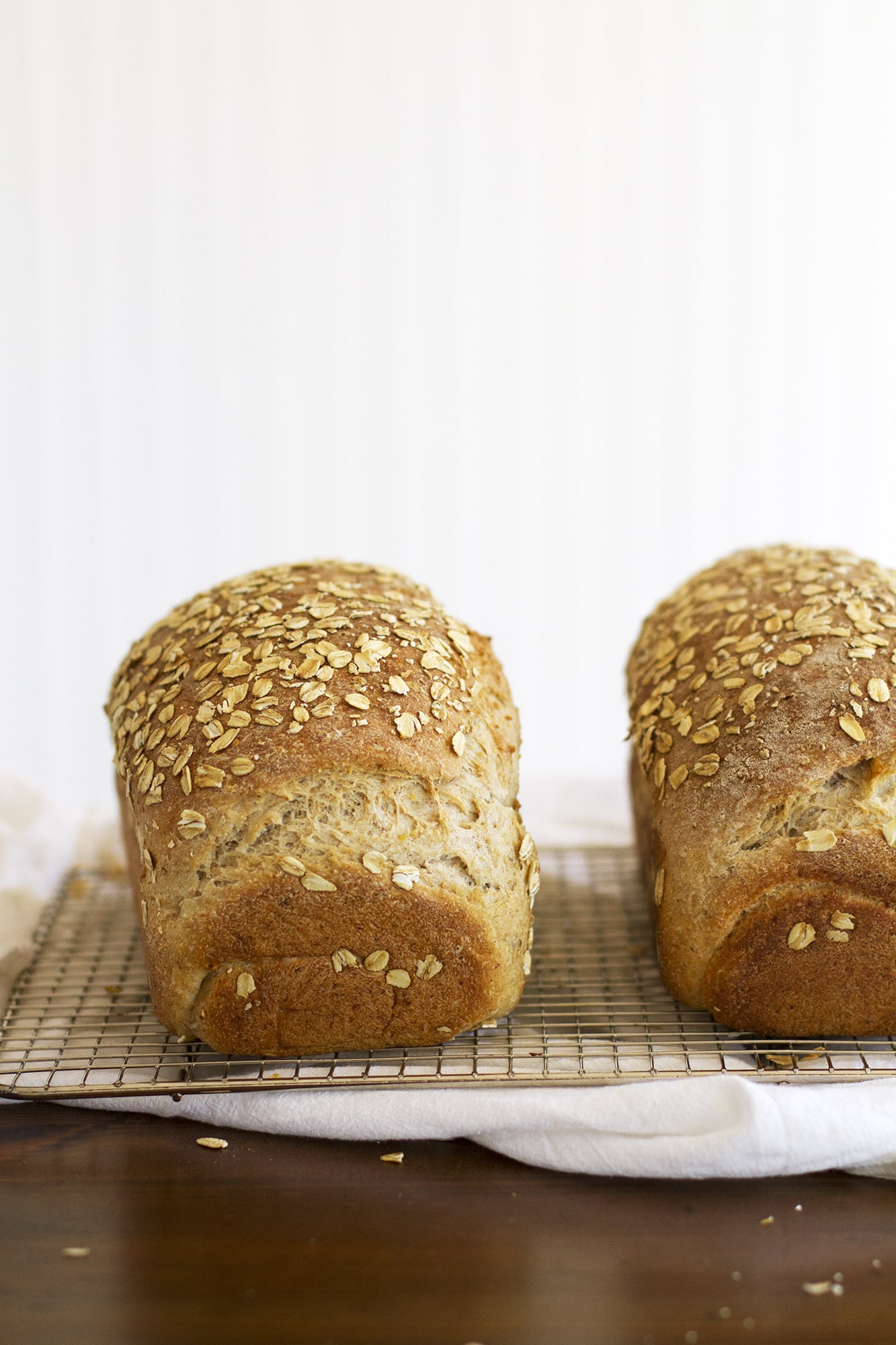 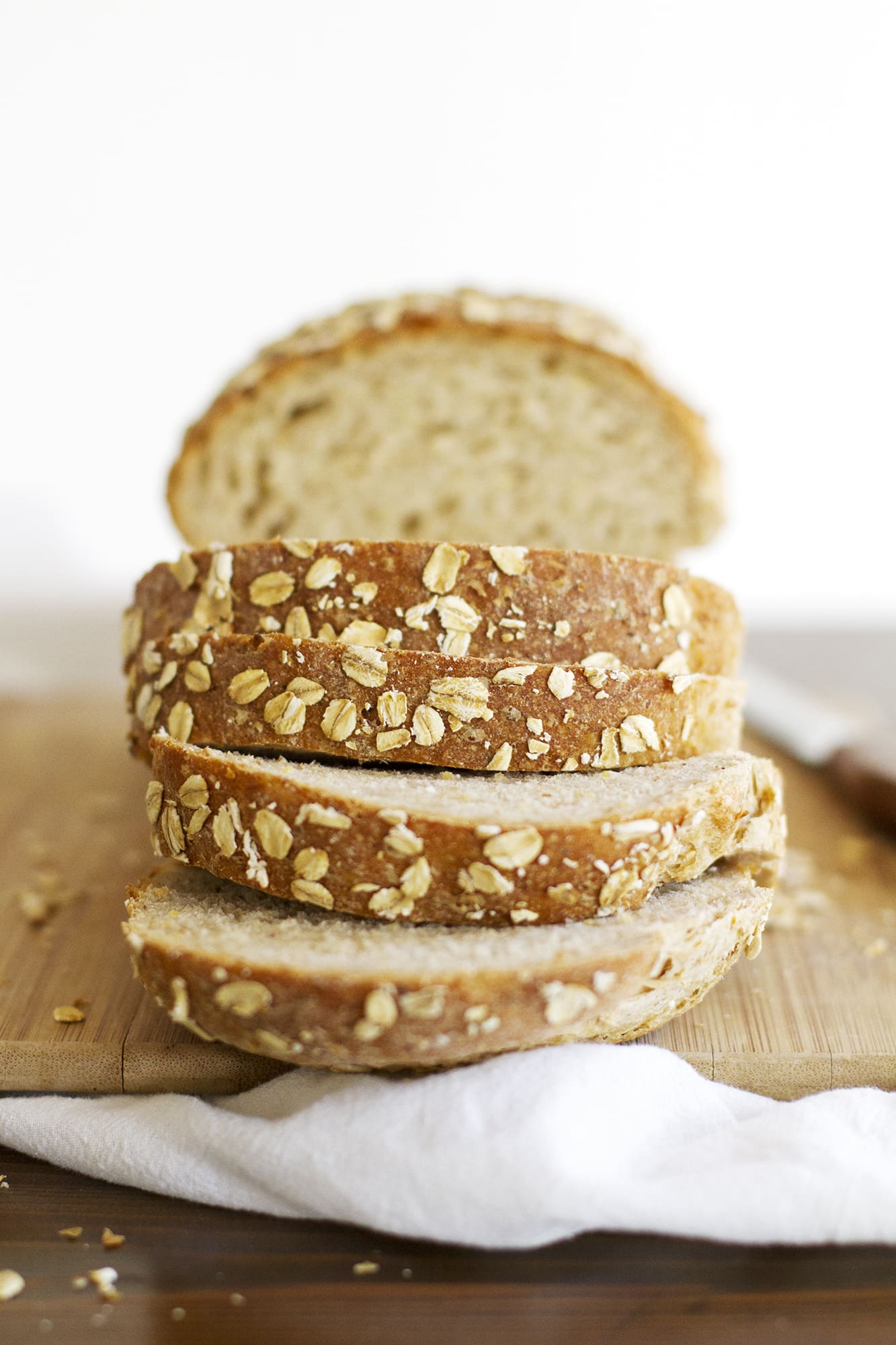 In my Pinterest life, I’m making sandwiches with shaved ham and baby lettuces I grew in my own garden, wrapping them in waxed paper and tying them with twine, stacking them in a picnic basket and taking them along to a nearby park under the shade of an oak tree where we’ll eat said sandwiches along with pasta salads in Weck jars and sip on lemonade from glass bottles with paper straws and I’ll be wearing red lipstick and a floppy hat and maybe even relaxing while Avery plays nicely in the grass. In reality, I’m frantically saving a few slices from the toaster before they burn while simultaneously pouring coffee and wearing my hair up in a bird’s nest of a top knot (at best) with Avery pulling on my yoga pants yelling for milk or fruit or yogurt or waffles or for me to take that booger from her finger, all before 8 a.m. In either scenario, at least this bread exists. That’s good enough for me. 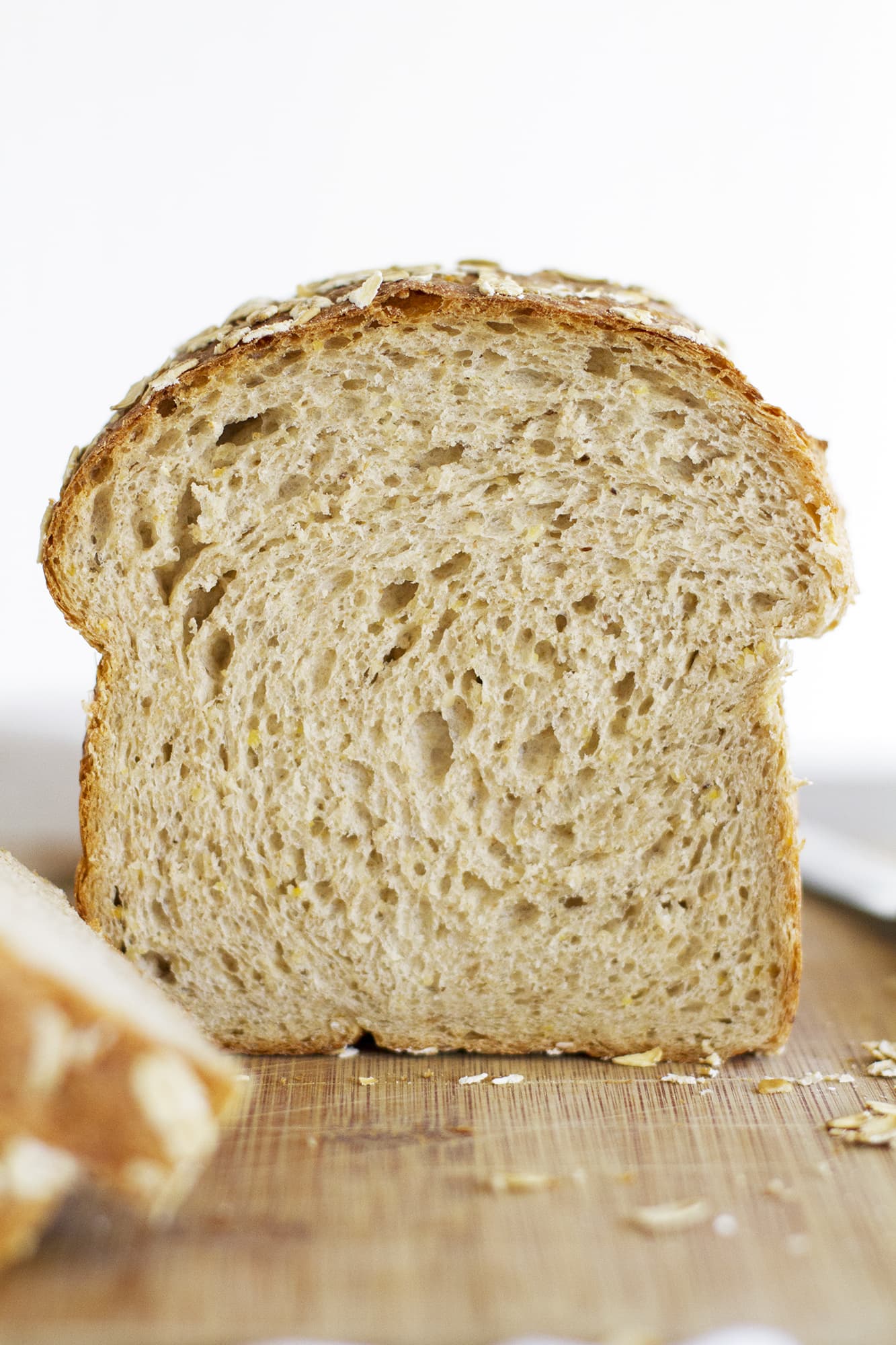 On that note, I’m headed outside, and I’m taking a slice of this bread with me. That’s generally what I’ll be doing all summer, really.