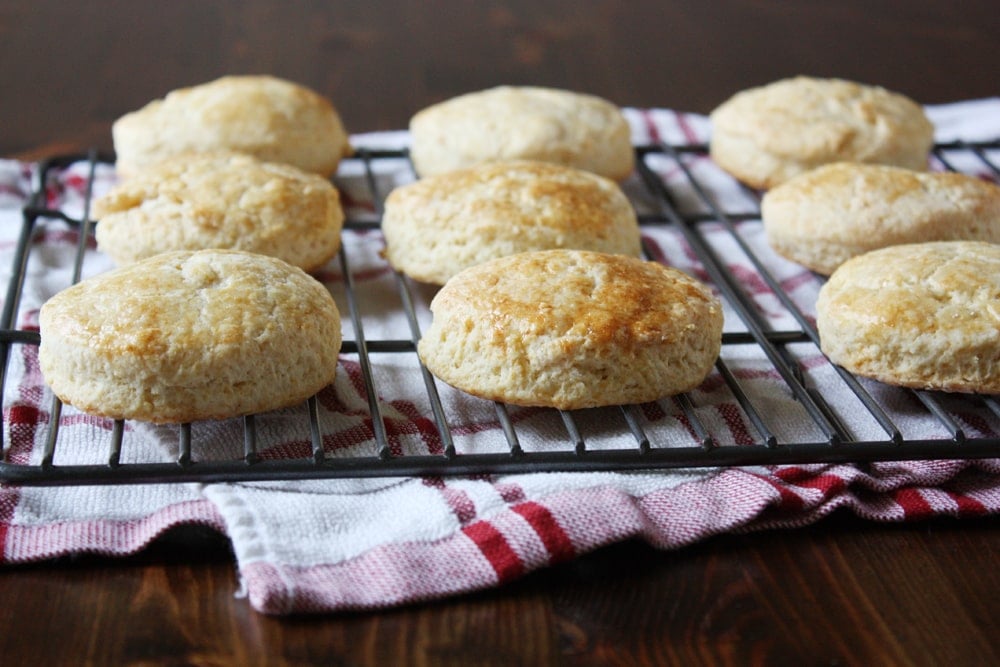 Here’s something I know well about myself: I’m a planner. I’m a big planner. I plan my days in lists and get way too excited when I can cross off a task. I plan my months well in advance — my editorial calendar, when am I going to see the bestie, when are we going to need another bag of coffee because Lord knows I cannot go a single morning without my coffee and you really don’t want to see me without my MORNING COFFEE.

Heck, I already know what I’m doing in five years. I’m going to be living on a farm in a house that looks just. like. this. with three beautiful, perfectly groomed and Gap-wearing, well-behaved children and fresh bread on the counter every morning with birds singing outside the window while I water our expansive garden and then plan our annual trip to Europe, mua-ha-ha (That’s my fahncy laugh. Not to be confused with my Dracula laugh). 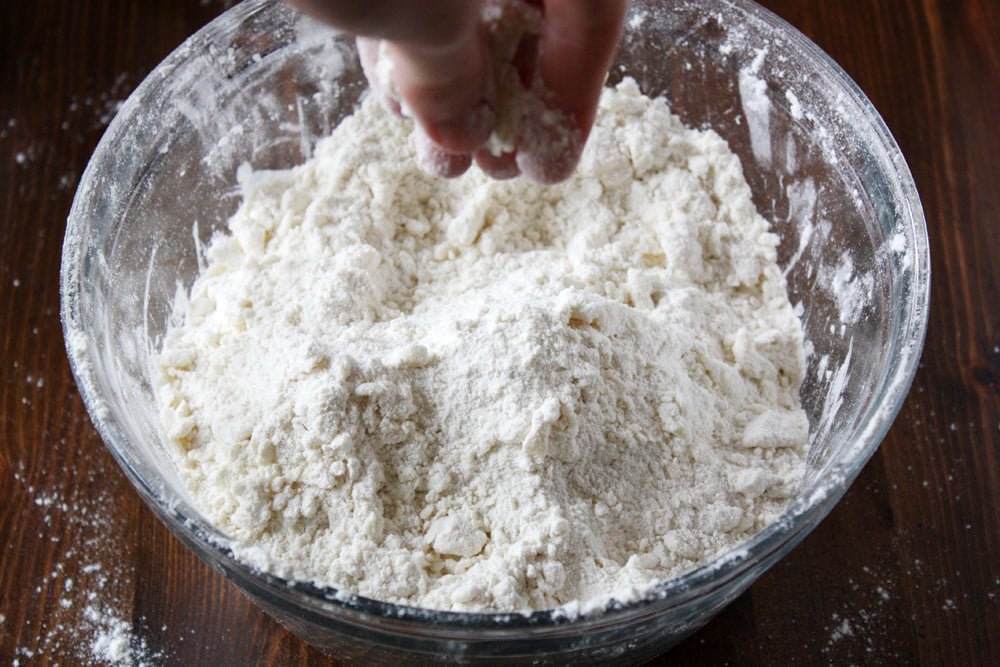 But life doesn’t really work that way, does it? I plan and plan and plan and more often than not, my plans don’t happen, well, just as I planned them. You’d think I would have learned by now, what with all my foiled, feeble efforts. But I haven’t. Because that’s how I get through the days — I look ahead to the future. I dream and I dream and I write down my dreams and hope they come true. Sometimes they do, though not in the way I expected. Sometimes they don’t, and I still end up OK. That’s the funny thing about this life — even when you think you have The Perfect Plan for it and it doesn’t go exactly that way, you panic, but then you land on the other side on your feet.

Enough of my rambling. What I’m getting at here is this: About a year ago, while we were still living in Iowa, the husband and I made some plans. We planned to move back to the Chicago suburbs after Elliott graduated from grad school, back to where I grew up and where my family still resides. We were going to buy a house — my late grandfather’s house, the one we’re currently living in that stands half-decorated, rooms half lived in, a house that is only half a home. Elliott was going to start a job here and we were going to firmly root ourselves somewhere, finally, after an entire marriage of nomadism. I think you know where this is going. 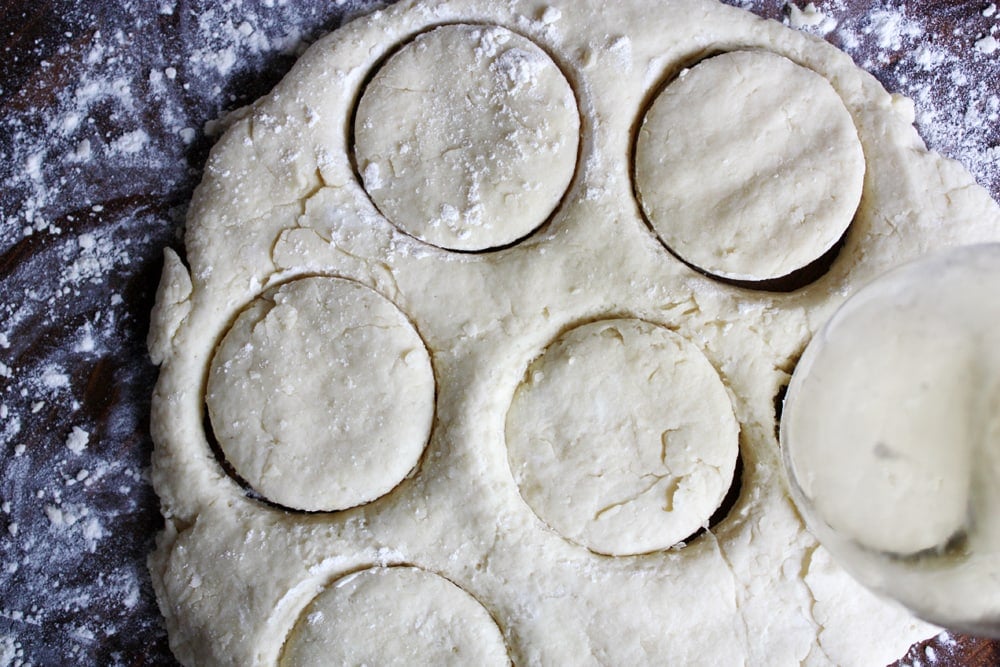 That was four months ago. Obviously, things didn’t work out as planned. After a pretty stressful and tumultuous few months of wondering 1) where the heck Elliott was going to work and 2) where the heck we were going to live, we decided to just be completely open to what God intended for our lives and now, we’re moving to Minnesota. In four weeks. Elliott’s going to work in an emergency department in the greater Twin Cities area, and as for me? I’m not sure what I’ll be doing. For once in my life, I have no plans. But I’m OK with that — because if history is any indicator, I know I’ll land on my feet, eventually.

The move is a bittersweet one — it means we won’t be living near my immediate family, and it means having to plant our roots in a place (mostly) unfamiliar to us (we both went to college in Minnesota and still have close friends there, and Elliott’s family lives in Saint Paul). But we’re also excited about the change. It means finally being able to rest somewhere for a while (we hope). It means new opportunities, a new kitchen (with so much light) and new relationships to build. It’s a chance to, well, make new plans I guess. We’ll see how it goes. 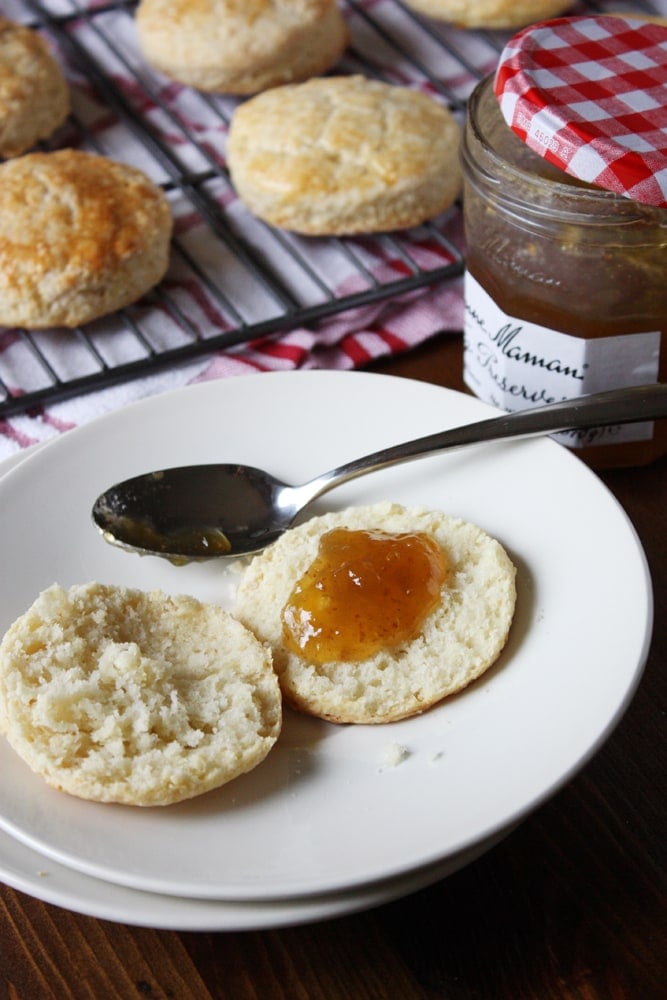 I decided to make these biscuits — a nod to Saint Paul’s very own Garrison Keillor and his beloved radio show (A Prairie Home Companion) — as a way to both cope with the change and embrace it. Cope, because change is always hard for me and baking is often my outlet, and embrace because I’m looking forward to the future and what it has in store. Especially if these biscuits — flaky, buttery, soft and airy — come with the deal. And maybe this kitchen.

In a large bowl, whisk together flours, baking powder, sugar and salt. Add shortening and work it in with your fingers until the mixture resembles coarse crumbles. Place bowl in freezer for 5 minutes to chill.

Meanwhile, in a separate large bowl, whisk together 2 eggs and buttermilk; beat remaining egg in a separate small bowl and set aside. Remove dry ingredients from freezer and add egg-buttermilk mixture to it. Stir with a wooden spoon to combine into a shaggy dough (do not overstir).

Turn out dough onto a lightly floured surface. Pat dough with hands into a rectangle about 1/4-inch thick. Using a biscuit cutter, a cookie cutter or a glass (I used the rim of a wine glass — don’t judge) about 2 1/2 inches in diameter, cut out dough into circles, pressing straight down but not turning cutter. Re-pat down scraps as needed to cut out more circles. Place circles on prepared baking sheets. Brush tops with reserved beaten egg.

Bake biscuits until golden brown and puffed, about 18-20 minutes. Remove from oven and cool on a cooling rack 5 minutes. Serve warm.