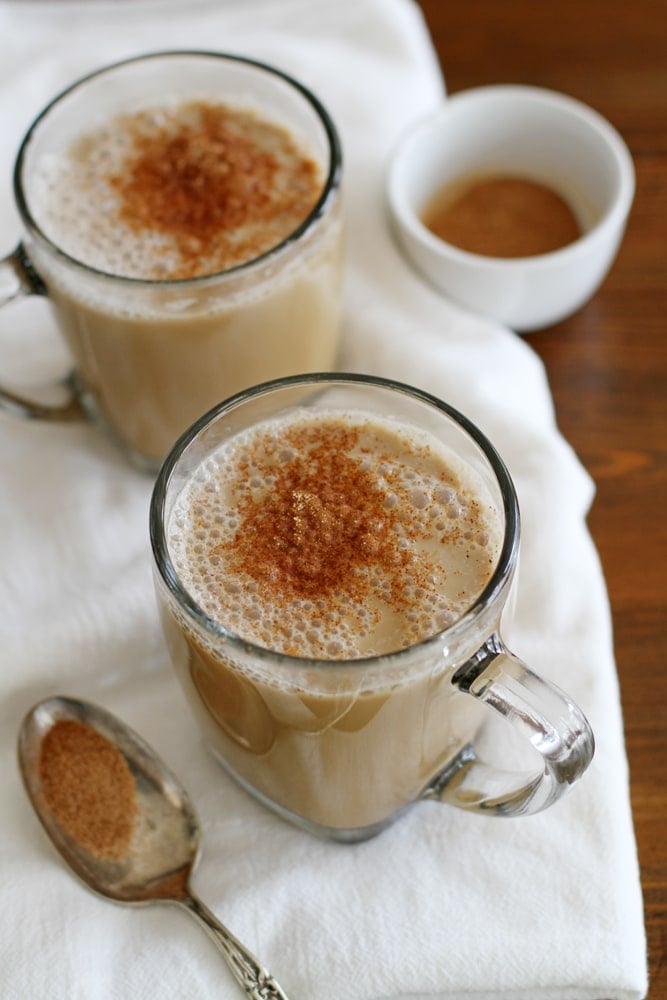 Welcome to vanilla-almondy, cinnamon-sugary, spiced chai latte bliss. If you’re anything like me, my friends and probably about two-thirds of the U.S. population, you have a slight addiction to coffee beverages from coffee shops. But it’s so yummy, says you. It’s like a daily treat, you justify. And by you I mean me. And then I look into my wallet and realize said treats are making my bank account weep, and not with happy tears.

So I’ve been trying to cut back on the number of trips I make to the drive-thru down the street (yes, I have a Caribou Coffee JUST DOWN THE STREET. It’s torture, you guys. #firstworldproblems) (also, all of these trips currently are for half-caff/decaf beverages, in case you worry I’m being insensitive to my fetus) and instead, make some tasty beverages from the home. Once I stumbled upon the recipe for this homemade latte and took a sip, I felt like I needed a microphone. So I could drop it. 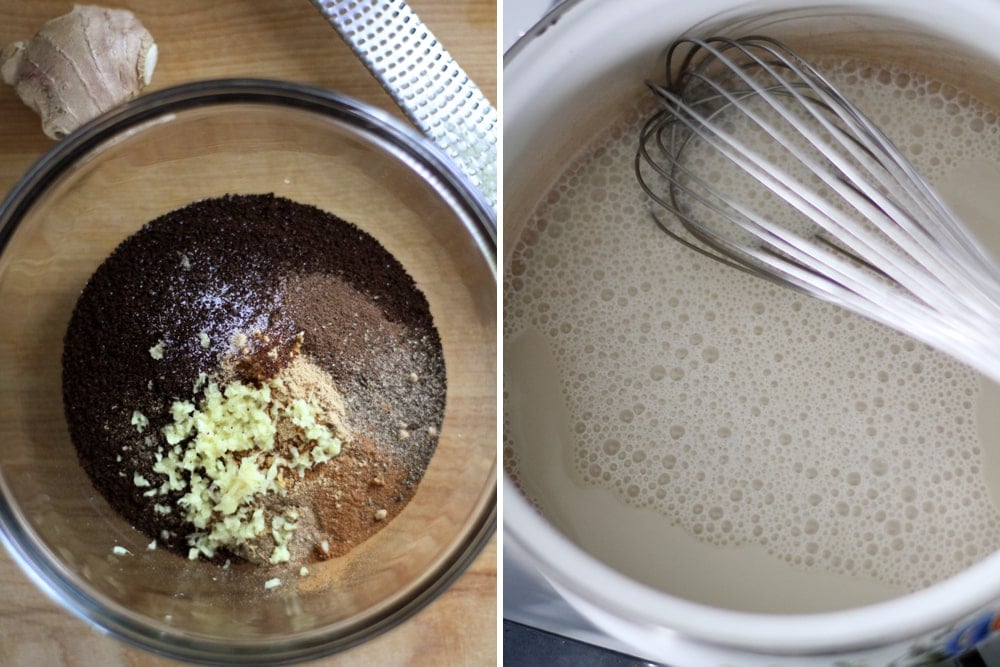 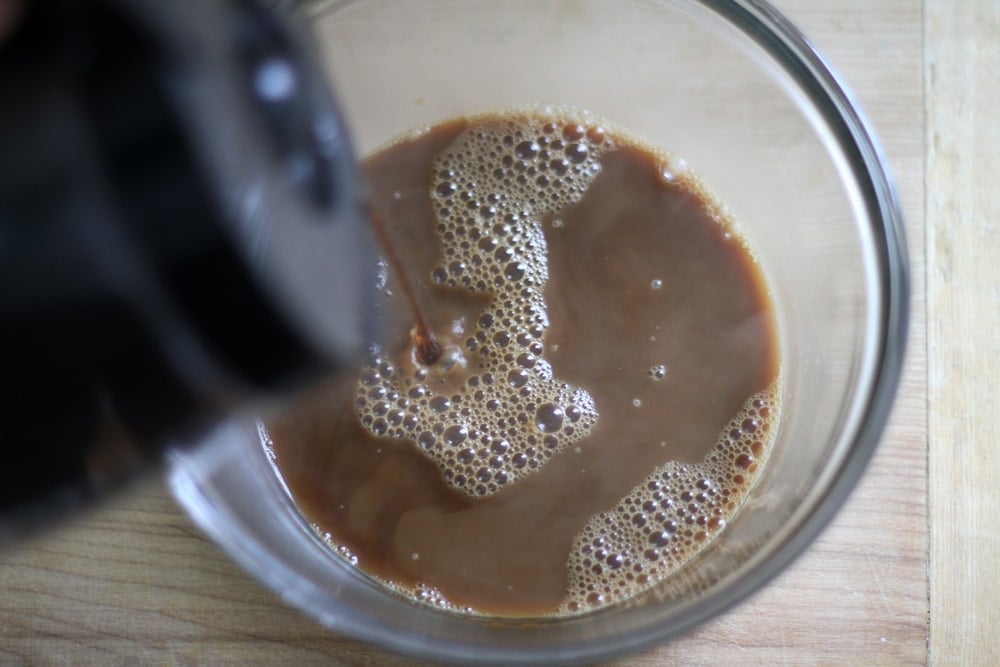 Friends, you’re going to love this latte. It’s sweet and creamy from the vanilla almond and sweetened condensed milks, and the coffee base is perfectly spiced to chai perfection. Top it all off with a cinnamon-sugar mixture (or as I lovingly like to call it, “snickerdoodle topping”) and get ready to feel like you’ve just spent a million bucks at Starbucks for the best drink ever — except that you saved some pennies and still get to drink a tasty coffee beverage (you feel like dropping a mic now, don’t you?). 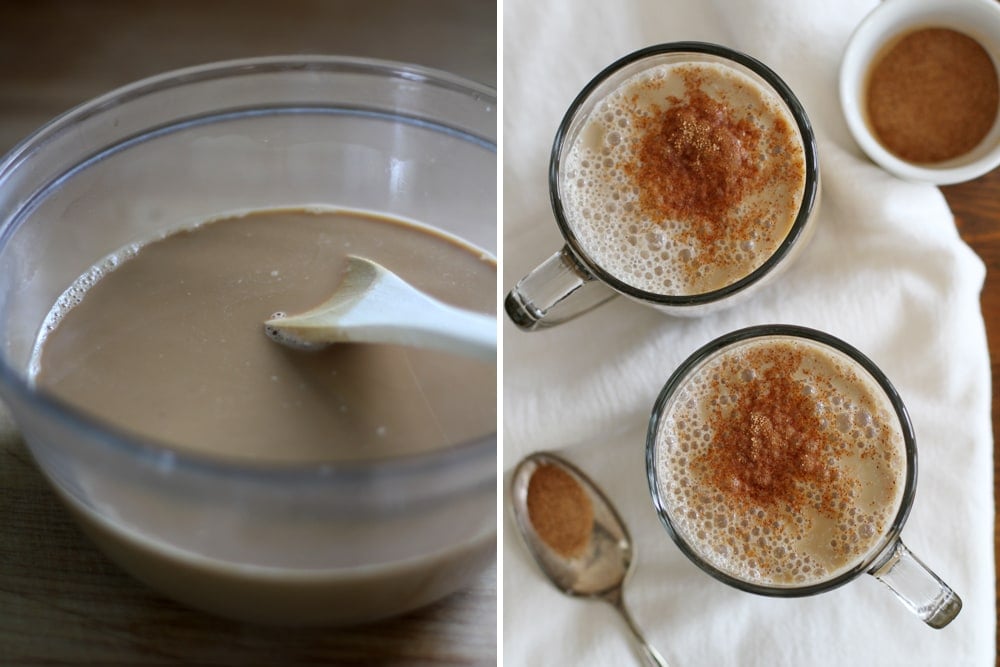 I used vanilla almond milk for this recipe because I really wanted the creamy, vanilla-almondy flavor goodness, but feel free to use regular milk and flavor it with a dash of vanilla and almond extracts. And if you’re fancy enough to have a milk frother or one of those bebe whisks for frothing, use it to make a foam party in the milk and spoon a few dollops on top of each mug (I whisked the milk as I heated it to create froth and though there were some bubbles, it was hardly a party). Oh, and you can definitely make this iced; just let the mixture cool completely, chill it in the fridge and then pour it over ice. 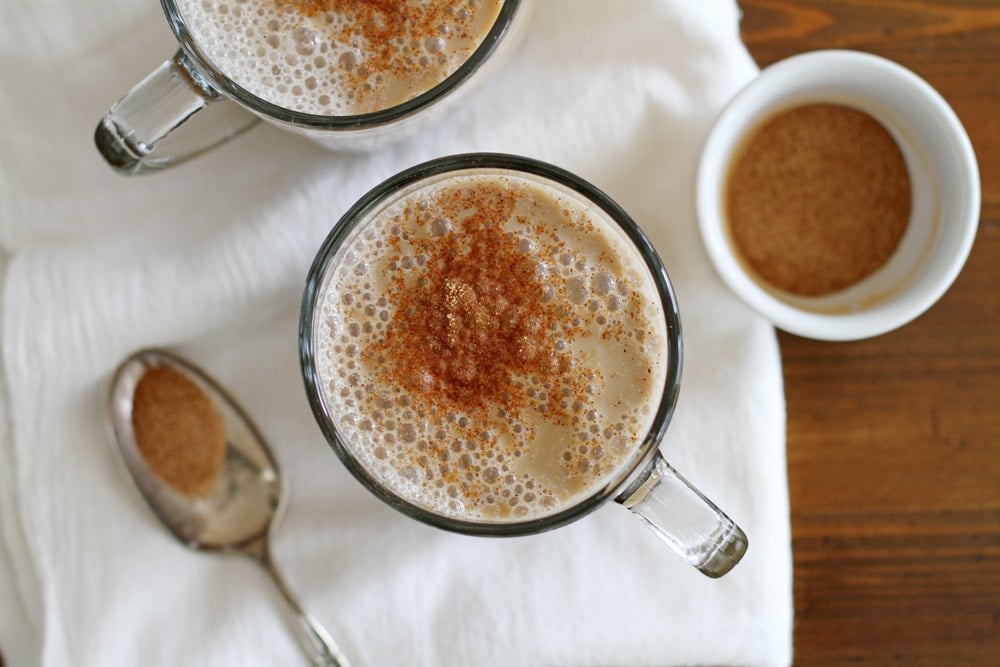