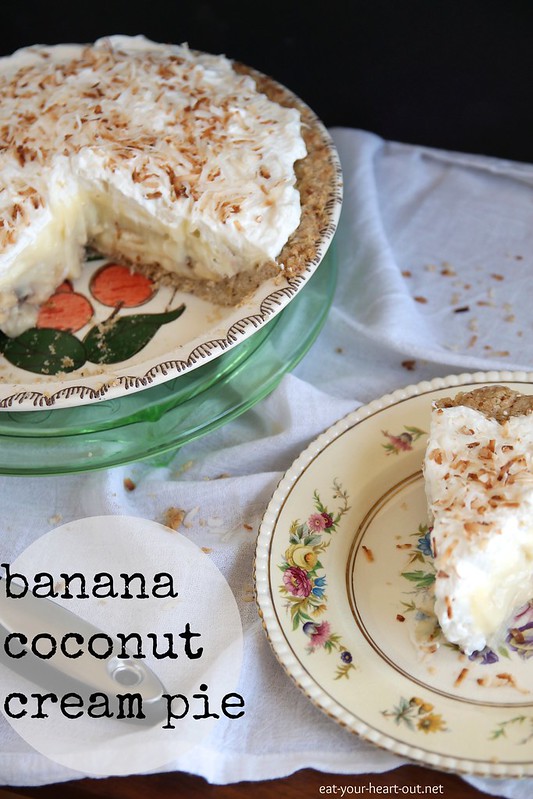 I’m taking some time off the next few weeks to spend with my family and our new baby girl. In the meantime, I’ve asked a few of my amazingly talented blogger friends to fill in with guest posts. I’m so tickled to have my dear friend Stephie from Eat Your Heart Out posting for me today. As you may know from her guest post last year, she and I share more than just a name — we also share a love for cats, carbs, cheese and now, this cream pie. OhmahYUM. Major love for this gal and her pie skillz.

Helloooooo, friends! I am so happy to be joining you again here in Steph’s lovely part of the internets. And for such a good reason – so Steph can spend some quality time with her baby girl.

Hold on a hot second. We need to pause right there and talk about how Steph managed to birth one of the few babies in the world who skipped looking “new” and went straight to looking completely snuggable. I use this photo as evidence. This seems unfair somehow, but mostly because she lives too far away for me to pop over and snuggle Miss Avery whenever I wish.

Ok. Unpause. Done being creepy, on to pie. Want to know a secret? I made this Banana Coconut Cream Pie twice for you. Because the first time around it was only just okay. And y’all deserve waaaay better than a just okay pie. You guys deserve a stellar, heck-yes-I-can’t-stop-eating-this-someone-take-this-pie-away-from-me pie. 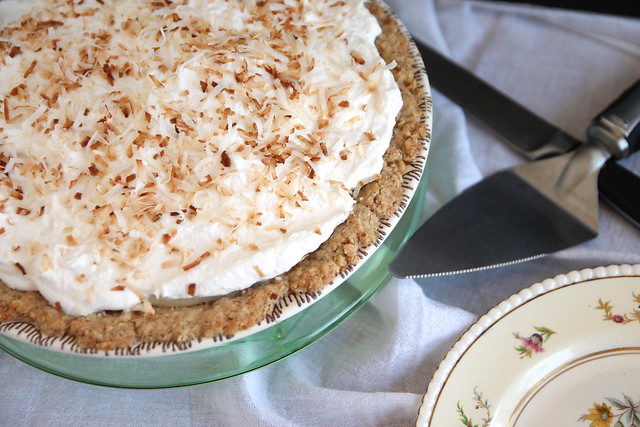 When I originally made this pie, I used my go-to pie crust recipe. (Related: If you have issues with pie crust, I have also done a handy tutorial for you. You’re welcome.) The only problem was that this pie requires some chilling, and a normal pie crust just doesn’t hold up as well post-refrigerator. So, instead, I went with an oaty-nutty-coconutty crust. It’s a little bit like your pie is sitting on top of a Pecan Sandie cookie. 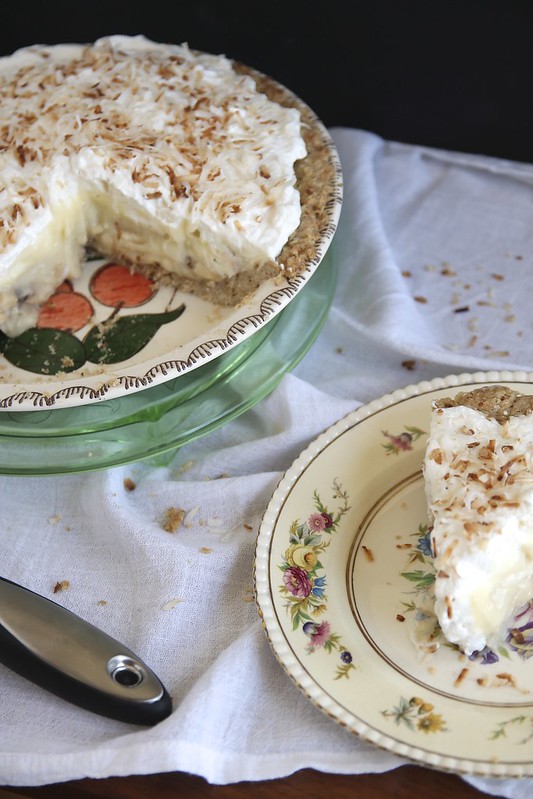 Does anyone have a problem with that? Thank goodness not. We can totally be friends.

Layer on some bananas, pour on your coconut custard (try to refrain from simply spooning said custard directly into your mouth), let it all chill, and finally top with some whipped cream. Then do your darnedest to not just take a fork straight to the pie plate. At least have the decency to cut yourself a (large) slice first. It is the polite thing to do, after all. 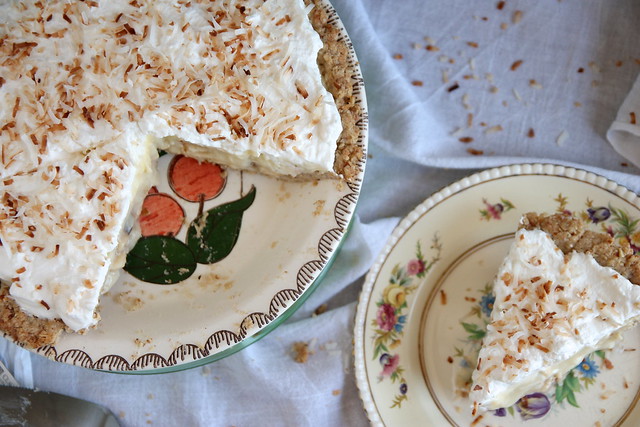