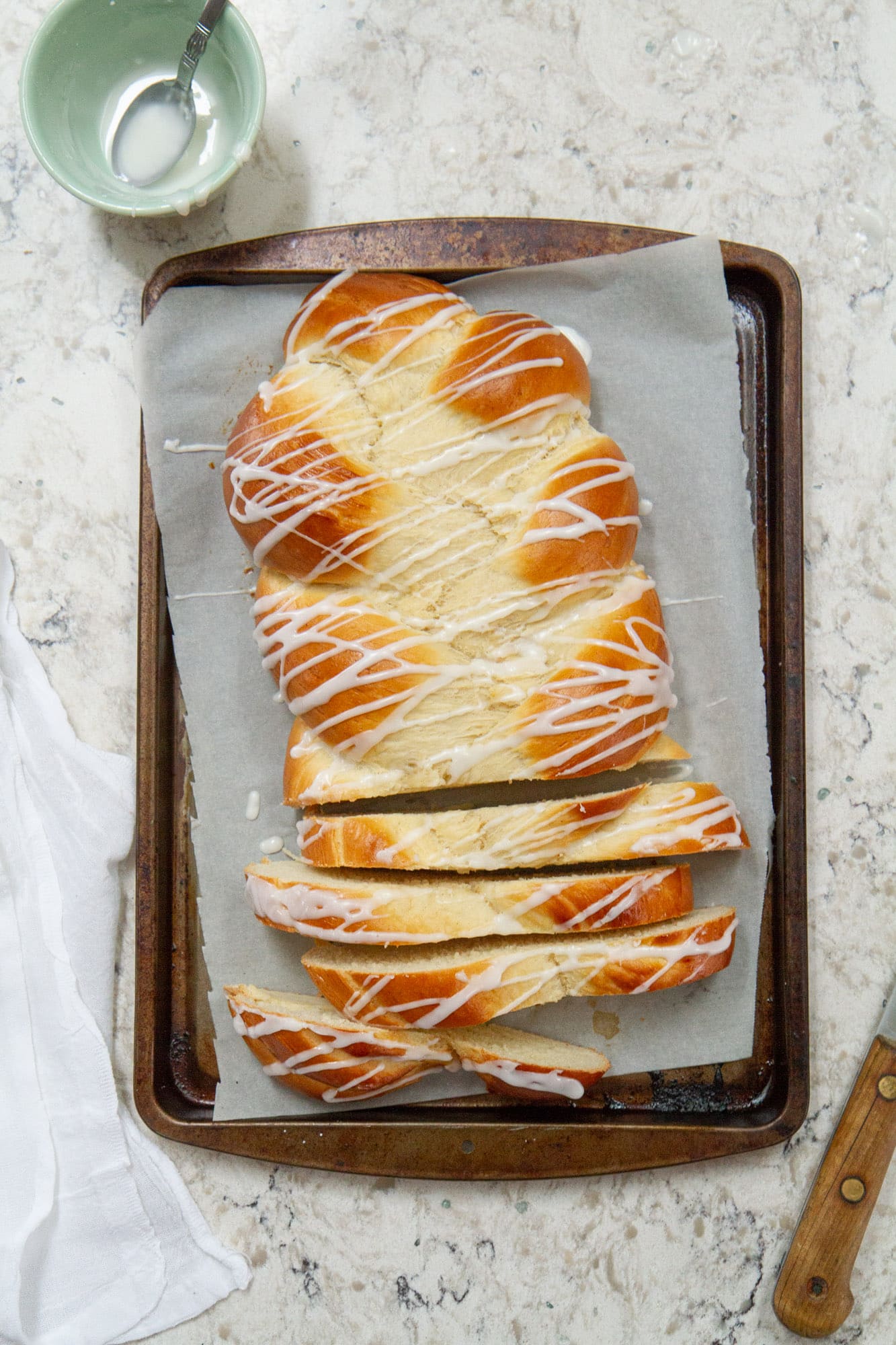 If there is one recipe I need you to make this holiday season, it’s this braided cardamom bread, a.k.a., Finnish pulla, a.k.a., the softest, pillow-iest, most delicately spiced and icing-drizzled bread of all the breads.

Don’t get me wrong — I love all the bread babies that have come out of my kitchen. I can’t pick a favorite. But if I had to choose a carb that was meant to celebrate the holiday season, this one is it. It tastes like Christmas in loaf form, and while I’m all for cookies and hot cocoa and rocking around the Christmas tree, this year, I’m breaking tradition with slice after slice of fresh-baked braided cardamom bread as the new way to make the season merry and delicious — er, bright. 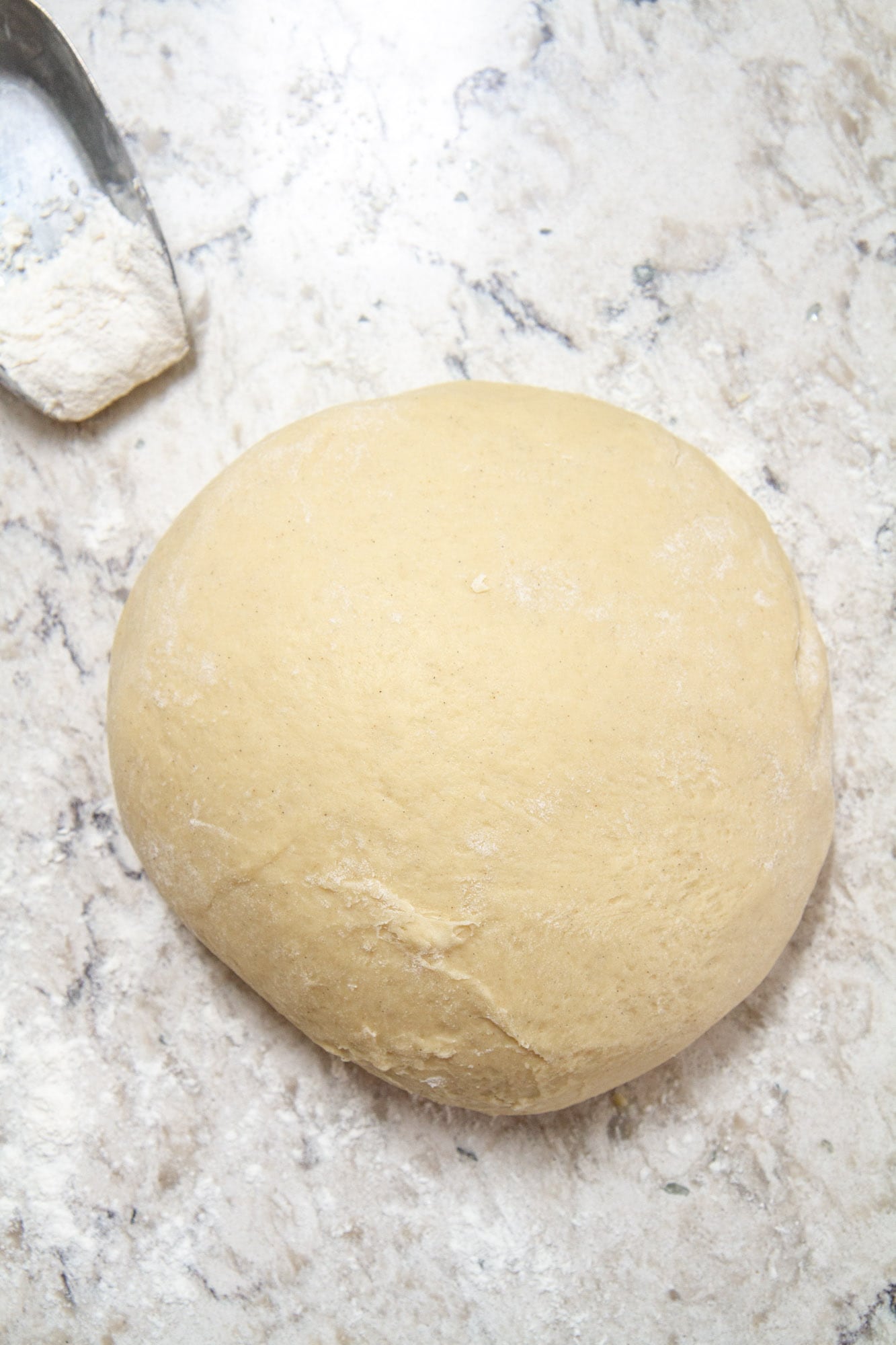 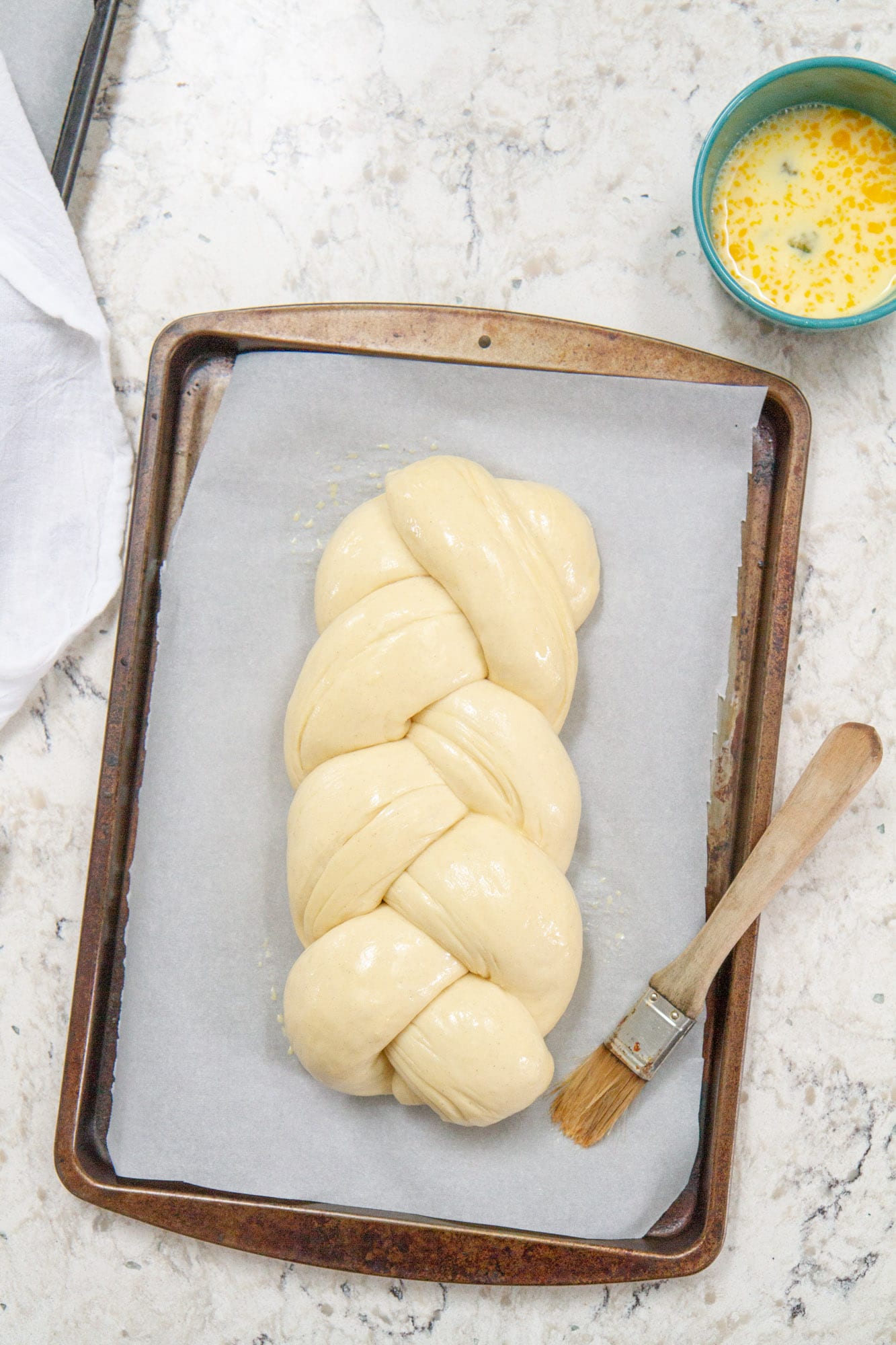 Friend, how was your Thanksgiving? Are you sad it’s over, or are you like “what Thanksgiving let’s get to CHRISTMAS”? Did you wait until Friday to even utter a word of holiday cheer, or have you been decking the halls and listening to Christmas carols since Halloween? To be honest, I usually get the holiday bug midway through November, but this year has been weird since we haven’t been in the Midwest for the holiday like we have been literally every other year of my life. I’m very used to being nearly frostbitten by now with a dusting of snow on the ground, cozied up in flannel pajamas by a fire and sipping hot drinks and warming my hands by my oven while I’m baking something yummy.

This year, however, we spent the holiday in Florida, where it’s sunny and balmy and warm and we’re shaded by palm trees and strolling along boardwalked beaches. So my Buddy-the-Elfness has been a bit behind, and while we celebrated Thanksgiving as traditionally as we could (in an RV, lol), I’m still finding it hard to believe that Christmas is a month away. 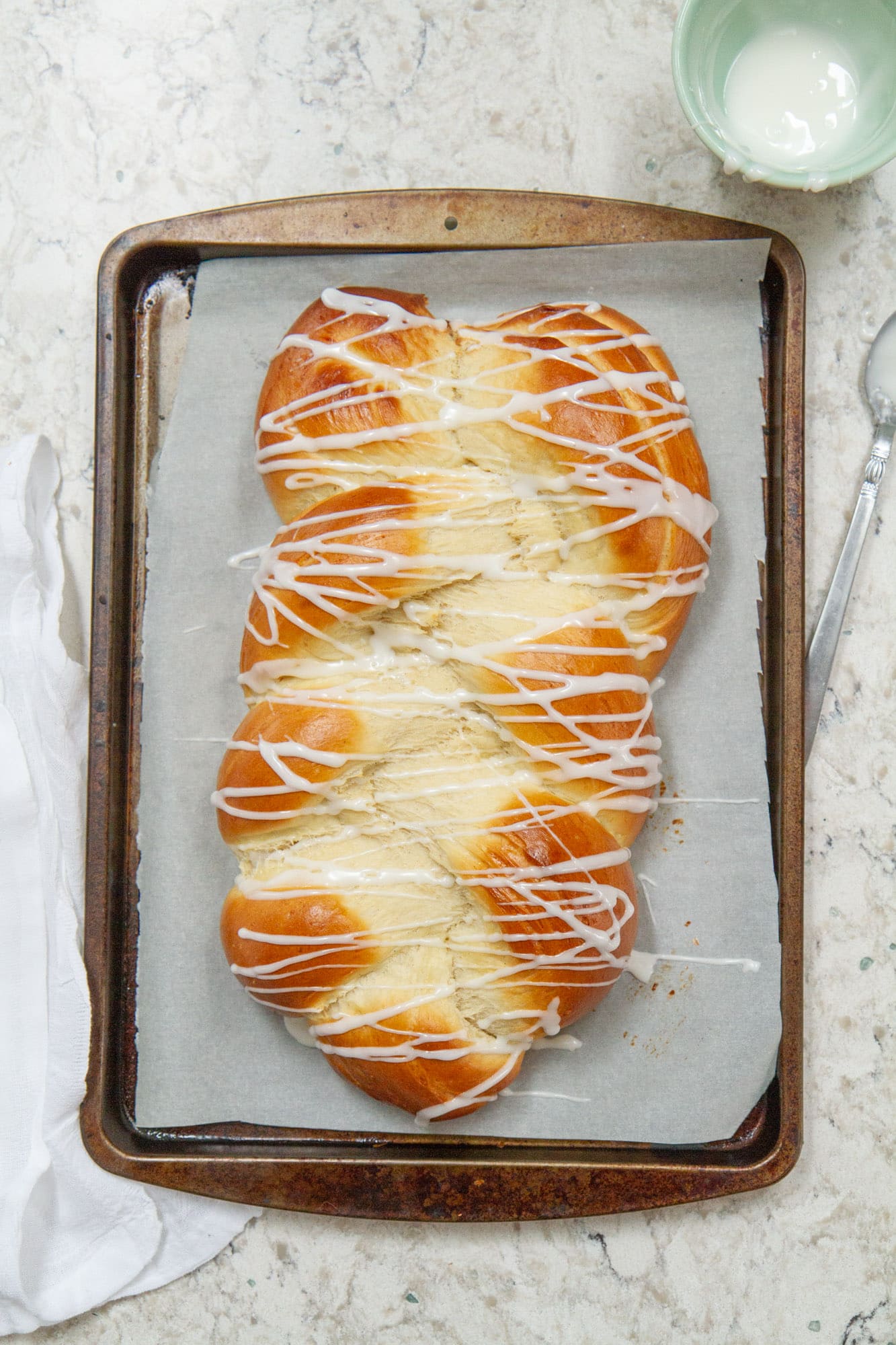 When I was baking this bread at my parents’ house in Wisconsin a few weeks ago, though, it was certainly cold and blustery and very wintry already, so baking naturally was in order. And as the scent of cardamom wafted from the oven to my nostrils, I knew — this bread is like Christmas in carb form. And thus was my first inkling of Christmas cheer.

Having a German family, Finnish pulla isn’t something I grew up eating and even though my husband has Scandinavian roots in his family, I’m not sure they ate much of it, either. That being said, there’s no time like the present to make up for lost bread eating. This recipe makes two large loaves, which is very appropriate, because once you make this bread it will disappear quickly among families of all origins.

The icing drizzled on top is totally optional, though I prefer the added hint of sweetness and the look of it (especially if your braided loaves, like mine, tend to spread while baking in the oven, which is super frustrating to a Type-A personality such as mine but thankfully not a factor in the flavor department). Some will sprinkle pearl sugar on top instead, or knead raisins or sliced almonds into the dough, and all roads will lead to the same deliciousness. Because no matter how you slice it, this bread is so delicately sweet and perfectly spiced with cardamom and so soft you just might want to cuddle with it (and I wouldn’t judge you one bit). 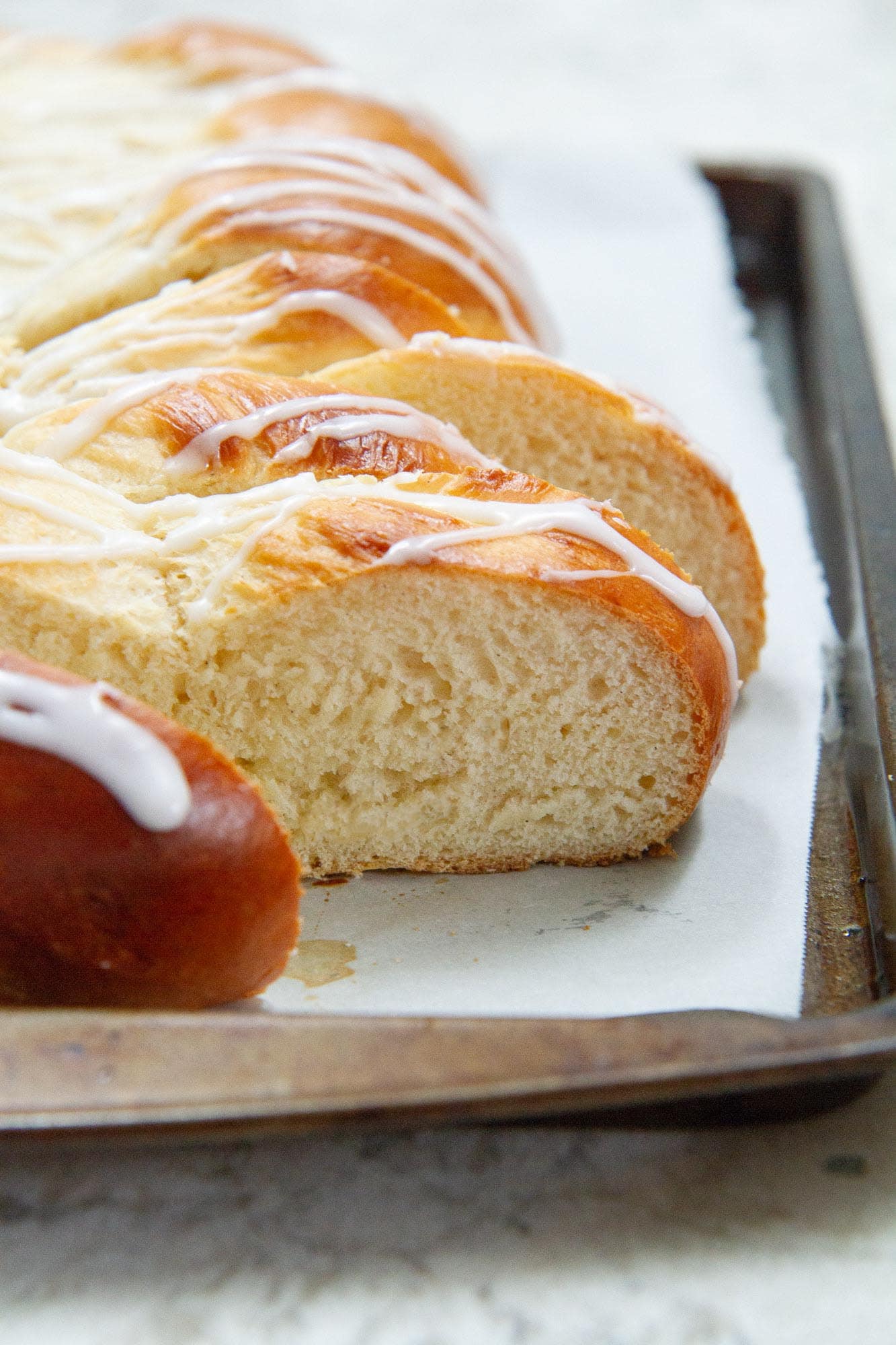 So since I’m behind the times with feeling all the holiday feels, my plan is to bake more of this braided cardamom bread and eat it on repeat until I feel caught up to my normal levels of merriment. And if you’re feeling similarly, or if you just want to bake something really delicious today, I suggest you do the same.

PS Want to make a version of this bread in bun form? Try these Swedish Cardamom Buns (made with a special sweetener you’d never guess).