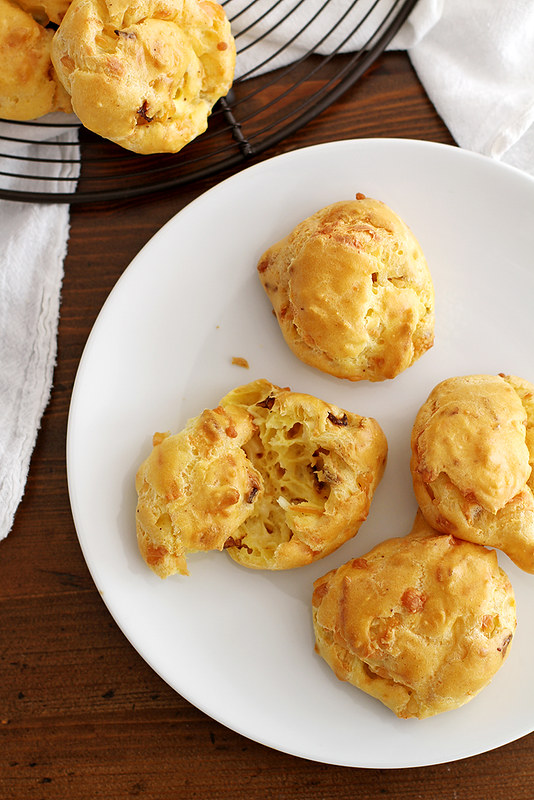 I refuse to talk about the weather. How winter’s chill has officially cut to the bone, how I can wear a full down jacket with a furry hood, a scarf that wraps around my neck 100 times, extra-thick mittens, fleece-lined leggings, leg warmers and snow boots and STILL shiver me timbers, how all I want to do these days is sit wrapped in a blanket by the fireplace with an oversized mug of hot cocoa with marshmallows on top cupped in my hands and watch the snow fall against the gray sky and reminisce about those dreamy days back in July when I, if I can even believe it, wore flip flops outdoors and my teeth didn’t chatter incessantly. The wonder!

But like I said, I refuse to talk about it. So let’s talk about these tasty caramelized shallot and smoked Gruyere gougeres — a.k.a. perfect little puffy bites of cheesy, caramelized deliciousness — instead. 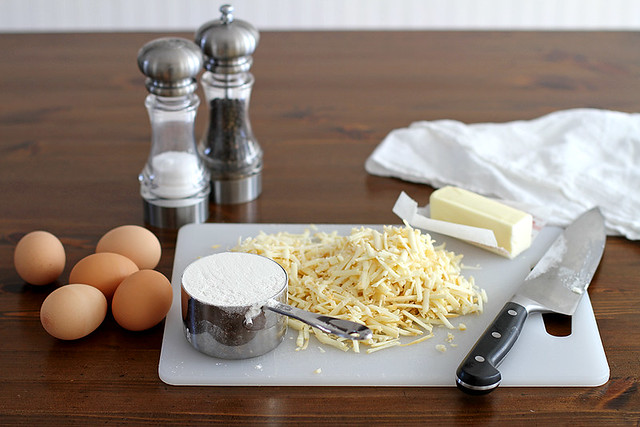 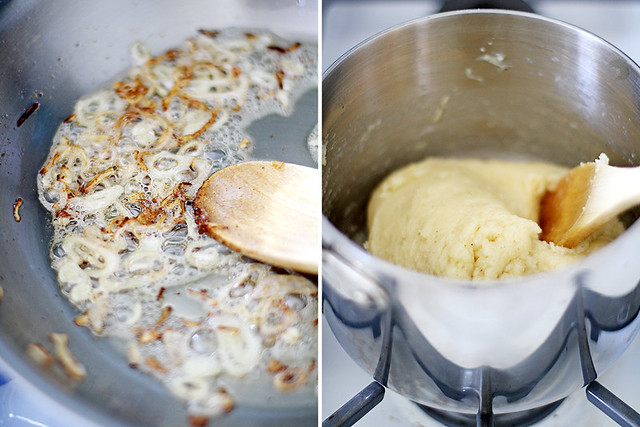 It’s been an age and a half since I first made gougeres, and that’s a darn shame. Because if you’ve ever had the fortune of eating one you’d know, as I do now, that they should be a part of one’s life on the regular. Officially, they are French baked pastries made of choux dough mixed with cheese (choux pastry dough, BTW, is a mix of butter, flour, water and eggs and it’s used to make anything from profiteroles to eclairs to, well, gougeres). Unofficially, they are little bites of heaven. 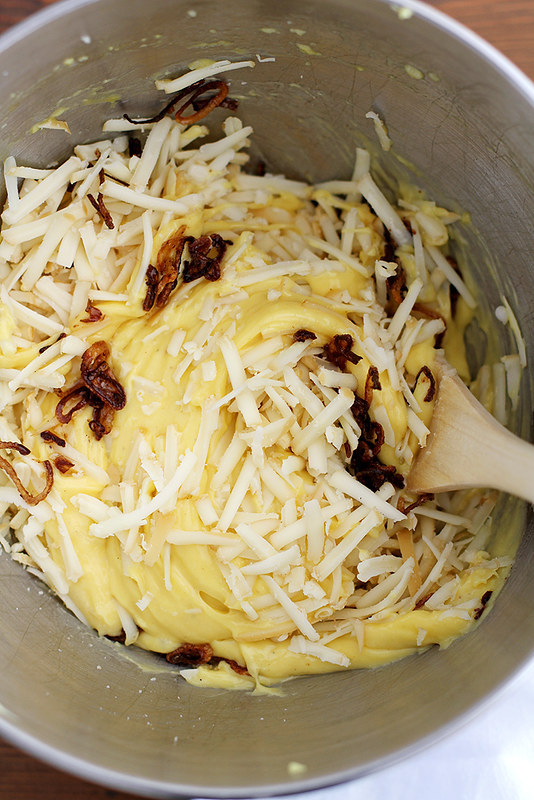 And officially, these particular numbers are going to be a part of my life on the regular, as they should have been all along. 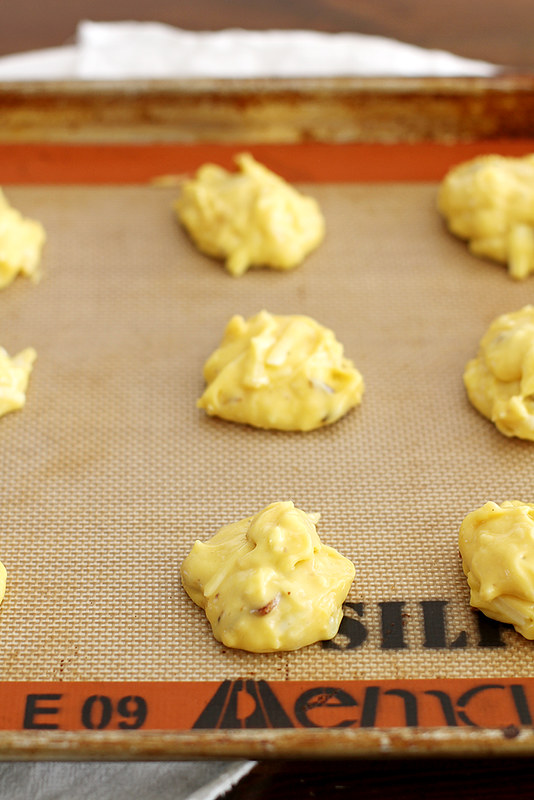 I think some people get all itchy and nervous and red-faced and such when they hear words like “choux” and “pastry” and “baking,” and to those people I say, “Friend, I feel you.” But let me tell you something: This recipe is so not intimidating. There is no yeast to bother with; choux is just a fancy term for mixing flour, butter and water in a saucepan until it forms a ball of dough and then adding eggs to it, really; and as you can see from the photos, I went the ultra-rustic route with these and they still turned out delicious. All’s well that ends well. And this ends with light bite-size puffs of tasty carbs. 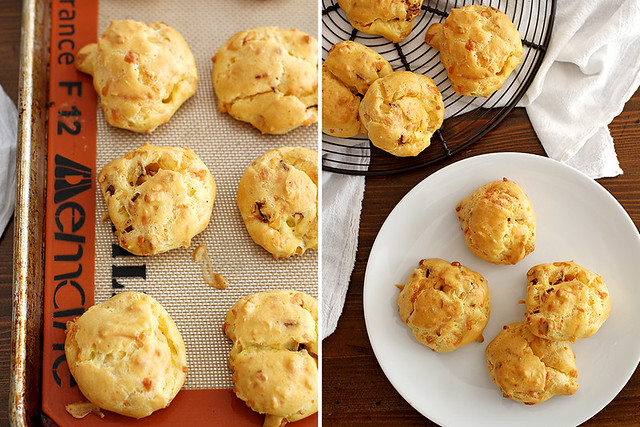 And if that’s not enough incentive to get you to bake them (for parties! for mini sandwiches! for date night appetizers! for Scandal night with your popcorn and wine!), let me remind you of the cheese. The shredded smoked Gruyere cheese, to be exact. Plus buttery, crispy, caramelized shallots. Yes. 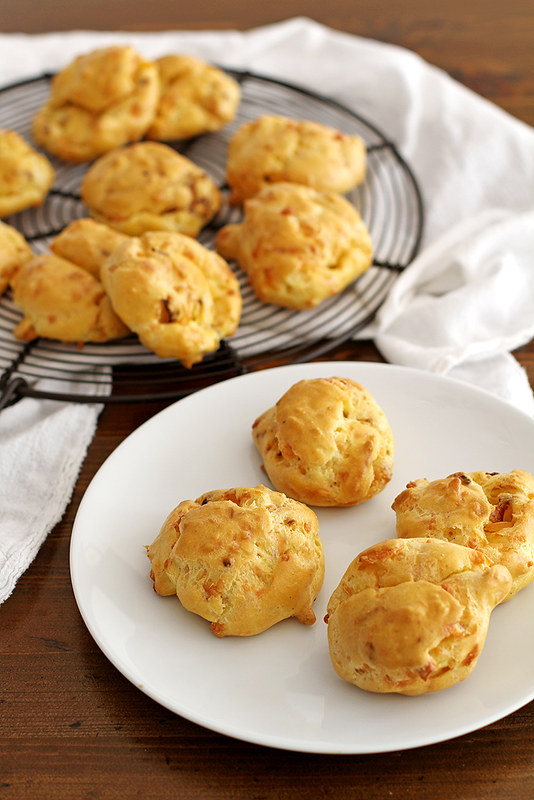 If you’re not a fan of the whole Gruyere-shallot combo going on here, feel free to play around with the flavors to suit your tastes. I’ve seen gougeres made in all the different ways — with herbs, shredded cheddar, bits of bacon, chopped mushrooms, etc. — and while I haven’t tried all of them (YET, but just you wait), I can’t imagine a flavor that wouldn’t be good if cheese and a puffed mini pastry is involved. Except maybe peanut butter. But even then… 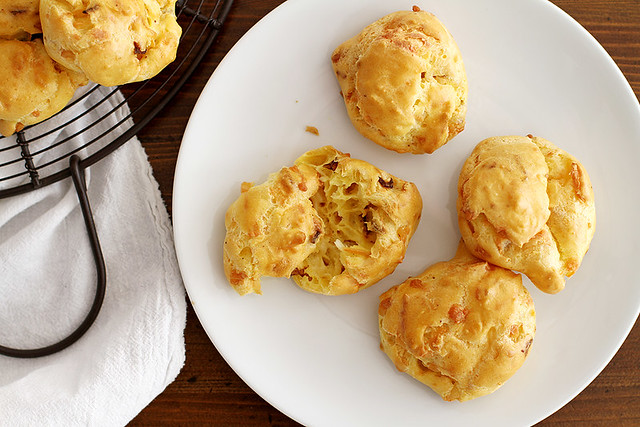 Until next time, gougeres. As in probably tomorrow.