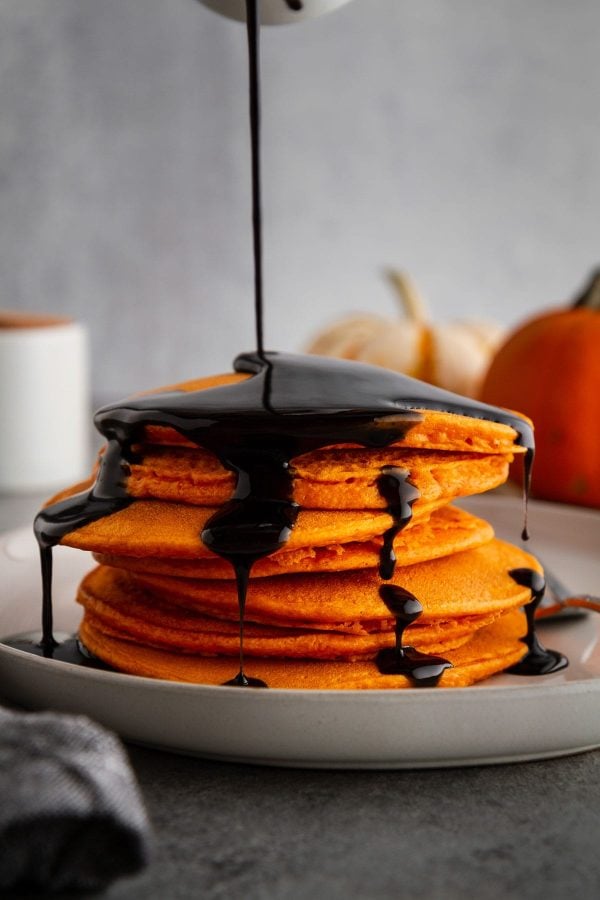 If you ever sang that completely obnoxious song in grade school, you’d know that it gets stuck in your head EVERY HALLOWEEN to this day, as it does mine. And for those of you who don’t know what I’m talking about, consider yourself lucky. Also it just looks like I spelled out Halloween for you. And then randomly mentioned pancakes (promise, it’s not random once you scroll down to the recipe).

Anywho, I kind of love Halloween. Which is weird, because I haven’t dressed up for and/or celebrated the occasion in years (like, since college, when I wore the same glittery butterfly costume every year because a) I had no creativity, apparently, and b) I would not be caught dead in a costume that didn’t make me look cute, apparently. Priorities). But I love it for the fact that it’s in fall, my fave season, and that there are crunchy colorful leaves everywhere and jack-o-lanterns and little kids running around dressed up like little witches and baseball players and animals and OHEMGEE THE CUTENESS. 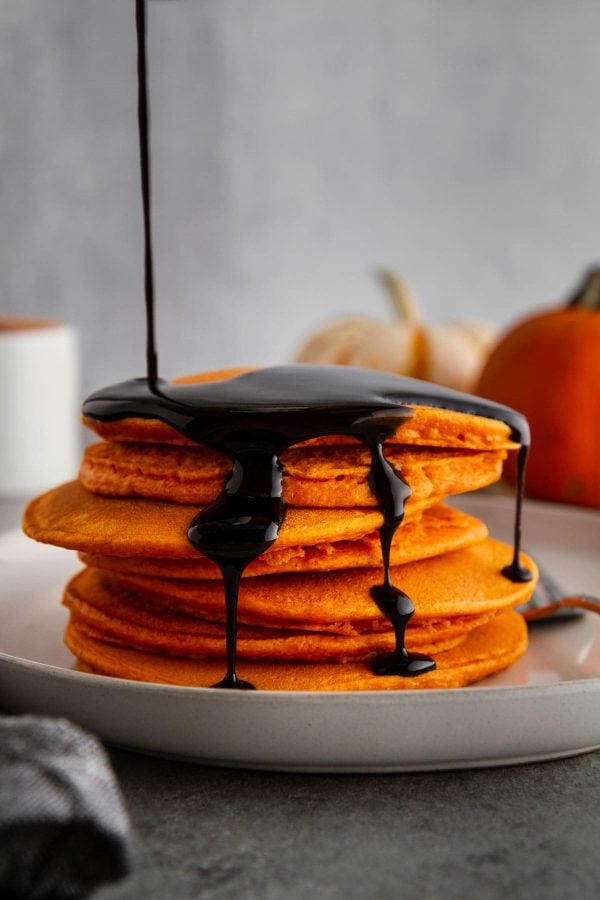 This year I’m extra excited because I get to give out candy for the first time (the perks of owning a home vs. an apartment). I’m weirdly excited about giving out the candy. And I’m excited about eating it, duh.

These pancakes were inspired by a recipe from Tidy Mom, and while she made these super neat-o cool designs on hers, I tried to do the same and failed miserably. My spiders just looked like circles with sticks coming out of them, and my spider webs and jack-o-lanterns were a joke. And then I tried to do it again on another stack and the squeeze bottle exploded open and out came a volcano of syrup. And that’s why I am not a decorate-my-food kind of person. I leave that talent to others; my talent is mostly in the consuming. 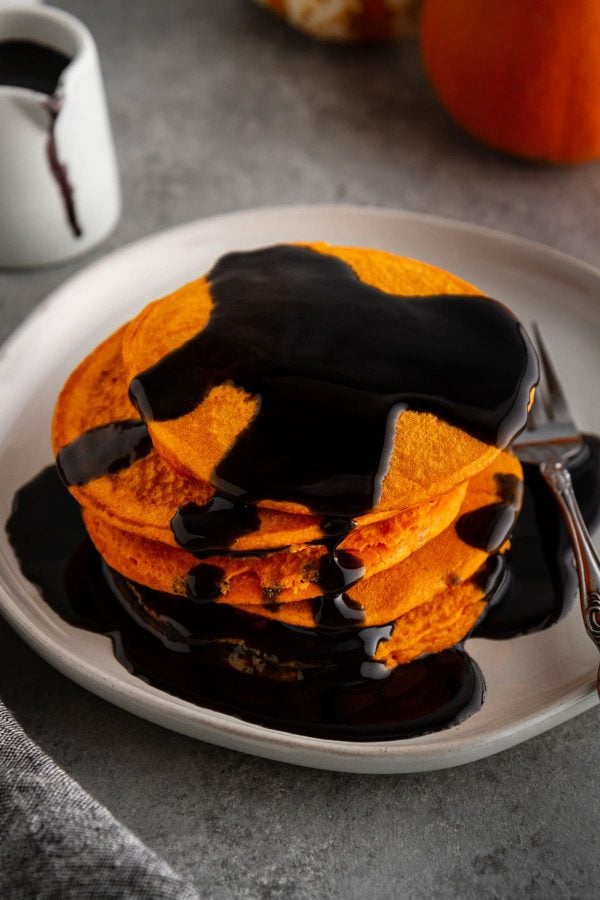 The Trick to Making The Perfect Pumpkin Pancakes

Of course, the pancakes I’m pretty good at, and that’s all thanks to Bisquick (my love for which I’ve waxed poetic before). Bisquick makes me a pancake pro. A fluffy, flavorful pancake pro (the pancakes are fluffy and flavorful. Not me. Oy). And while I want my pancakes to look spooky-scary, I don’t want them to taste that way, you know? Bisquick helps a sister out.

So whether you’re planning to get in full costume garb, blast the “Monster Mash” and scare the pants off trick-or-treaters this Halloween, or if you’re planning to turn off all the lights and pretend nobody’s home while you slink down to the basement in your PJs with your bowl of candy for the night, you should think about planning these pancakes into your day, too. Or I might have to come over and sing the “H-A-double-L-O-W-double-E-N” song to you incessantly until you do. Just saying. 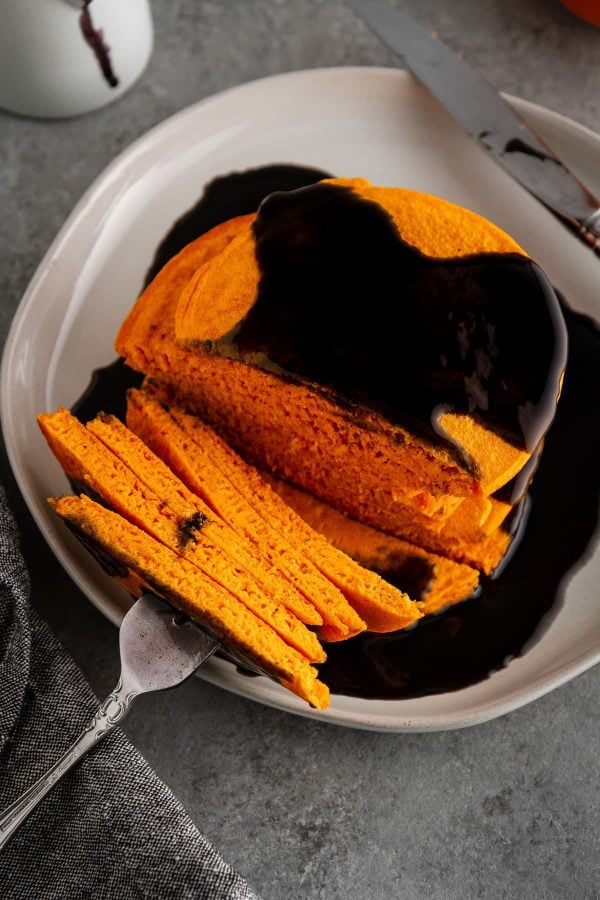 Disclosure: I received compensation from Bisquick for recipe development purposes. All opinions are my own.