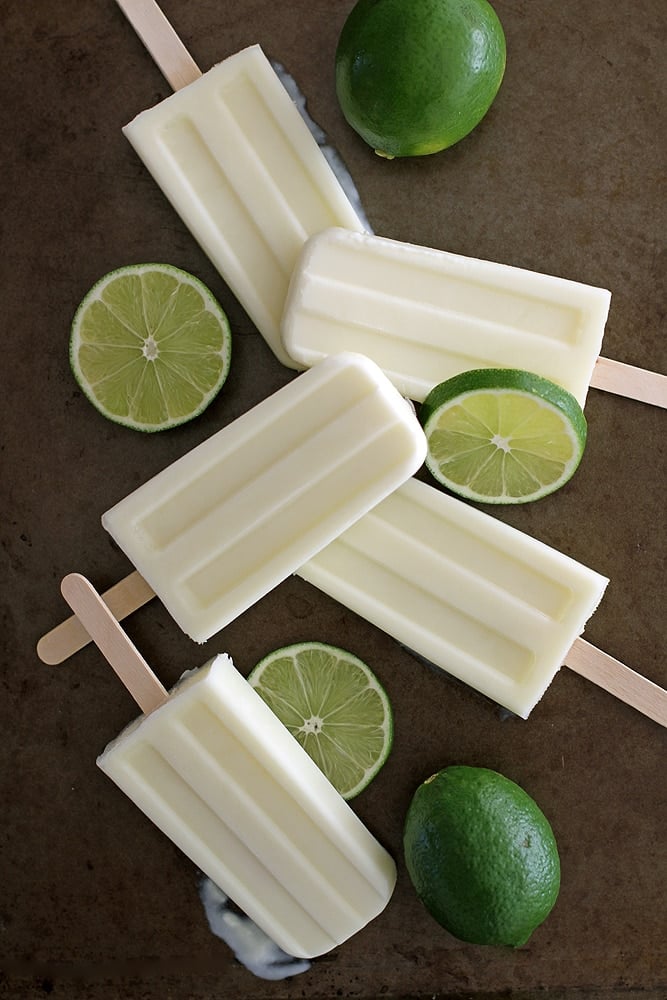 Today is kind of a big deal.

Not only is it my husband’s and my fifth wedding anniversary (INSANE), but it’s also the day I introduce you to these lime creamsicles. Oh, hello frozen creations of glorious deliciousness on a stick. Nice to meet you.

Neither of these things have anything to do with each other — though I guess I could swing it and say I made these pops for my husband in celebration of our love? But really, I made them because of Popsicle Week. Priorities. (Love you, babe!)

I really don’t think you had forgotten about the inaugural Popsicle Week, for which I made these pretty Paloma pops, but in case it somehow tragically slipped your mind, here’s a handy list of 2013’s recipes (scroll to the bottom to see!) as well as a running list of this year’s fantastical frozen foods on a stick. There are 37 of them this year, in case you can’t count. THIRTY-SEVEN. So much goodness for your faceness.

That means you can — and I will — have a new popsicle for basically every day of the summer. OK, OK… like half of the summer. Summertime forever! (Hope you heard me, Minnesota.) 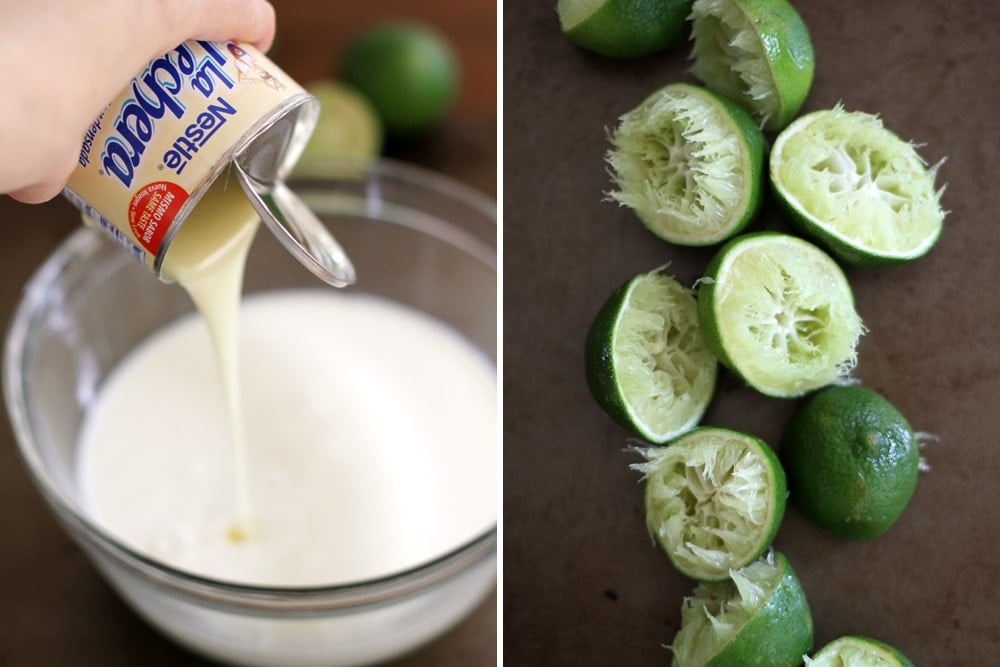 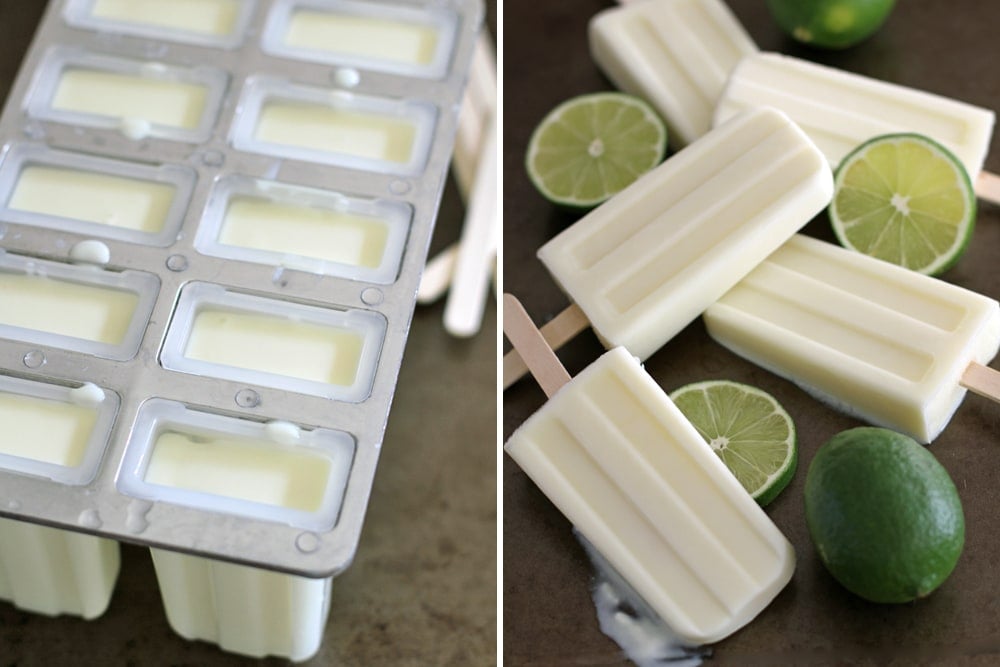 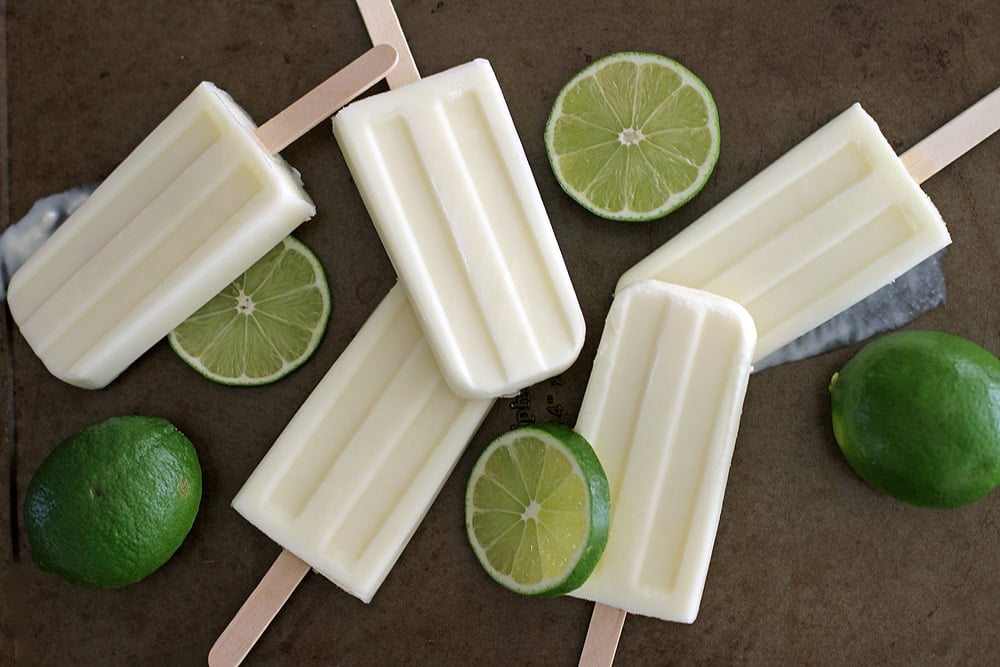 And because these pops are so magical, they’ll definitely be perfect as our anniversary dinner tonight! (JOKES, you guys. It’ll probably be Chipotle. With these for dessert, natch.)

Thanks so much to Billy of Wit & Vinegar for hosting #PopsicleWeek again this year! And don’t forget to head over right quick to the #PopsicleWeek page to see all the other yums bloggers brought to the pops party. Thirty-seven, you guys. My face is so excited. 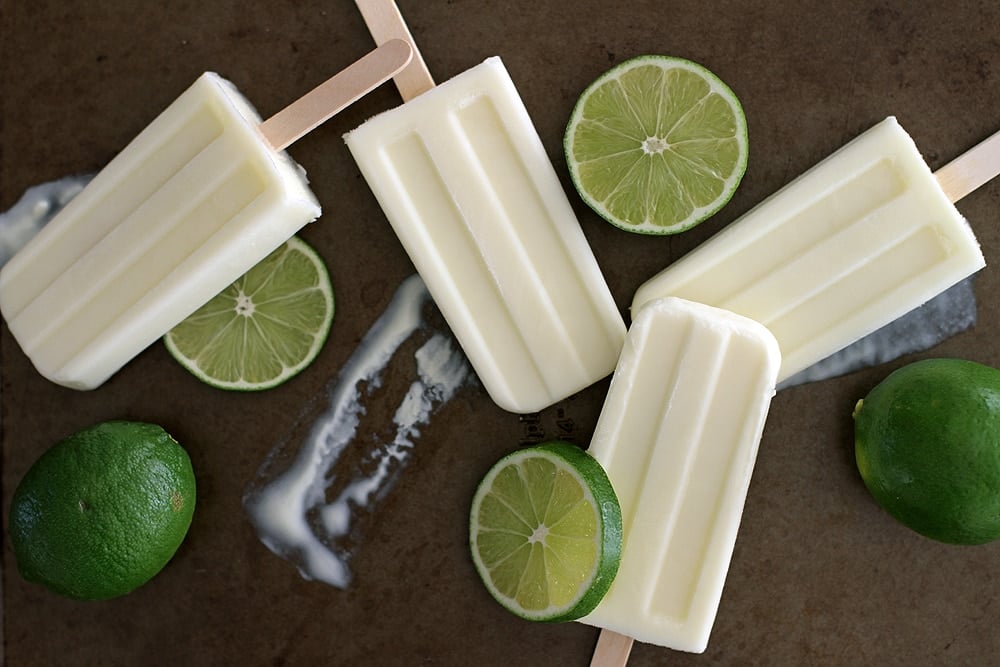