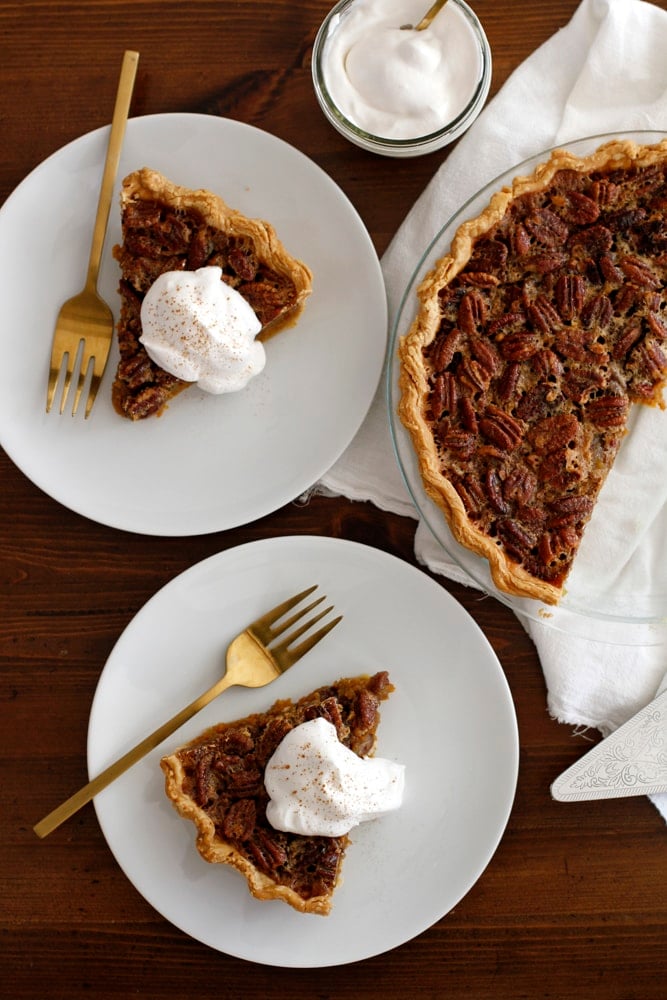 I’m going to keep today’s post short and sweet: Short, because it’s the week of Thanksgiving and we’re probably all getting ready for the festivities (which, for me, is pretty much summed up at this point by making sure the turkey is thawed and that we have enough wine*) and sweet, because I’m serving up a decadent double-decker pie recipe for you. 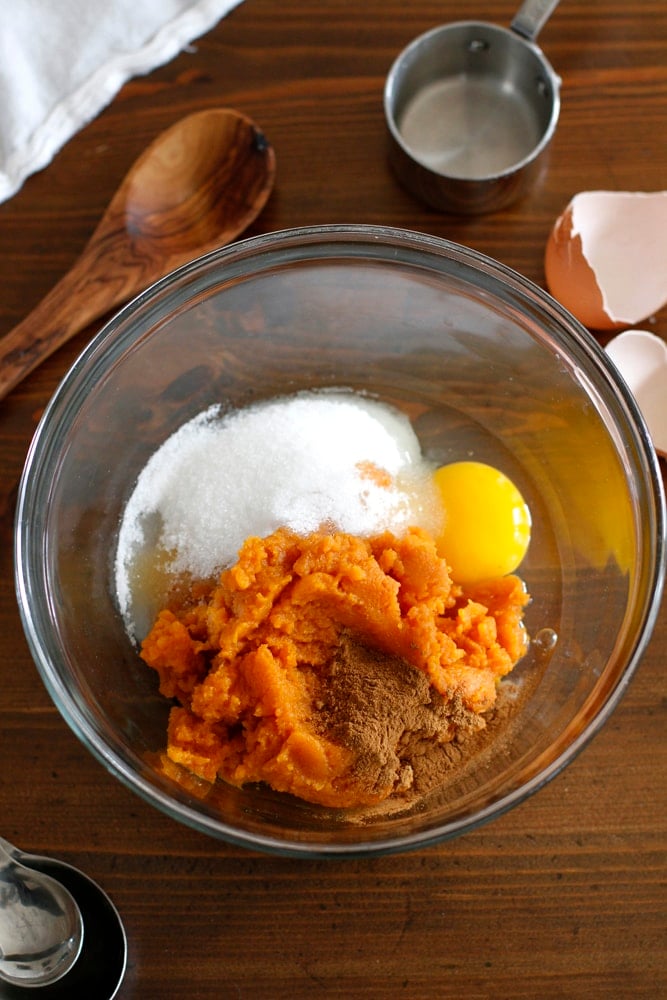 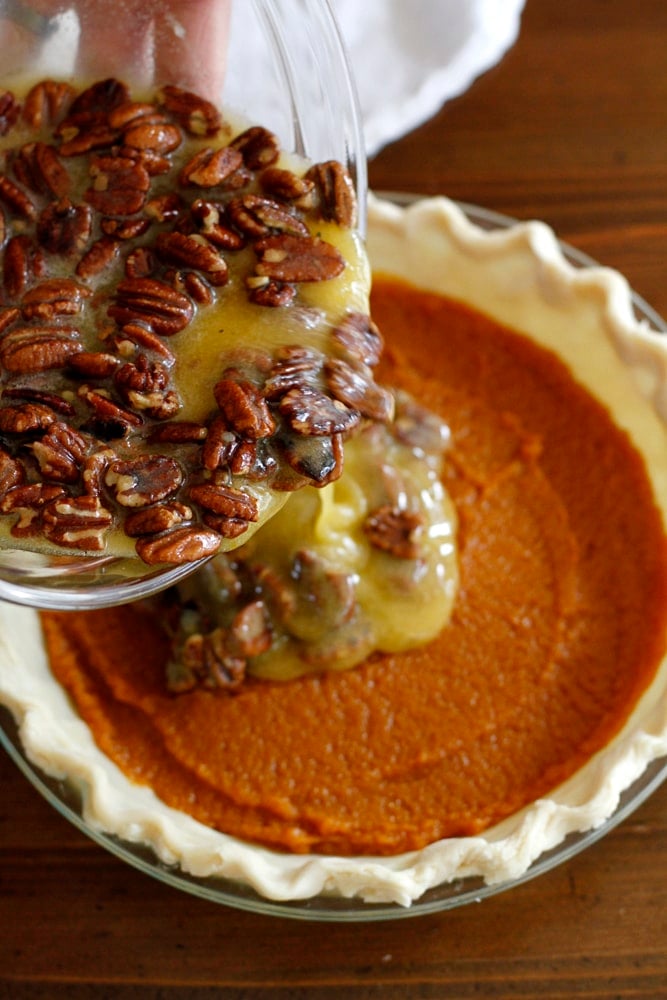 See, I love my darling husband more than words can say. But in our six-going-on-seven years of marriage, we have oft run into the roadblock that is known as Indecisiveness. As in, we can hardly ever decide on a paint color we both like. Or, we can’t decide on what movie to go see at the theater. Or, we can’t decide between Chipotle or Pizza Hut for dinner (I won’t admit how many times we’ve had that conversation, ahem). Or, we can’t decide what to name our child (Avery was literally the only name we both agreed on, and her middle name was basically a compromise). 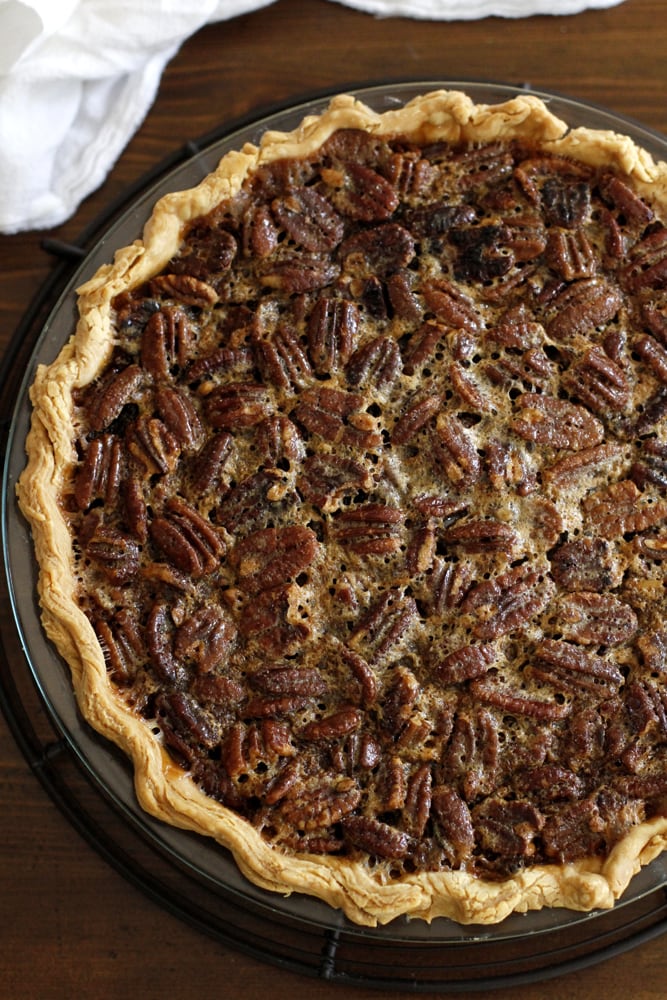 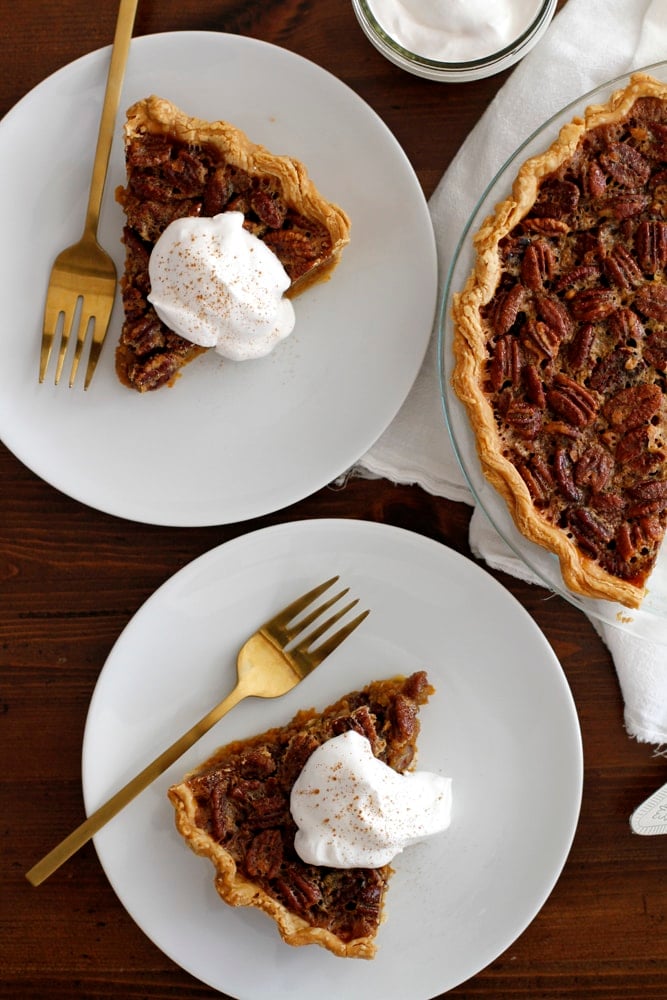 The same can be said for pie, or more specifically, the pie we wanted to have for our small Thanksgiving this year. Darling Husband has an aversion to apple pie (I KNOW, I can’t even), so that was out the window. And I like pecan pie, but I don’t love it — at least not on its own. So that is how this pecan pumpkin pie came to be — equal parts pumpkin and pecan pie, equal parts easy, equal parts delicious.

The boozy maple whipped cream, however? That was agreed upon on all counts.

So if you’ve got any room left on your Thanksgiving dessert table for another treat (is this even a question?), or you and your loved one also suffer from extreme Indecisiveness, give this recipe a try. And never again settle for anything less in the pie department. 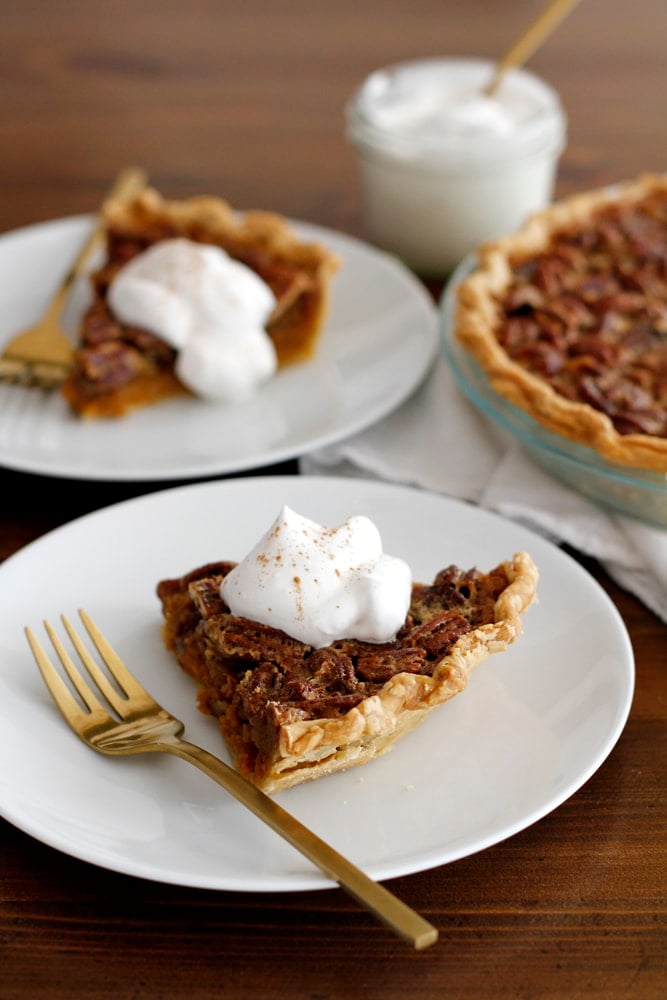 *Good news! The turkey is thawing nicely and we have a healthy supply of white and red wine on hand. I know you were worried.

For the whipped cream: