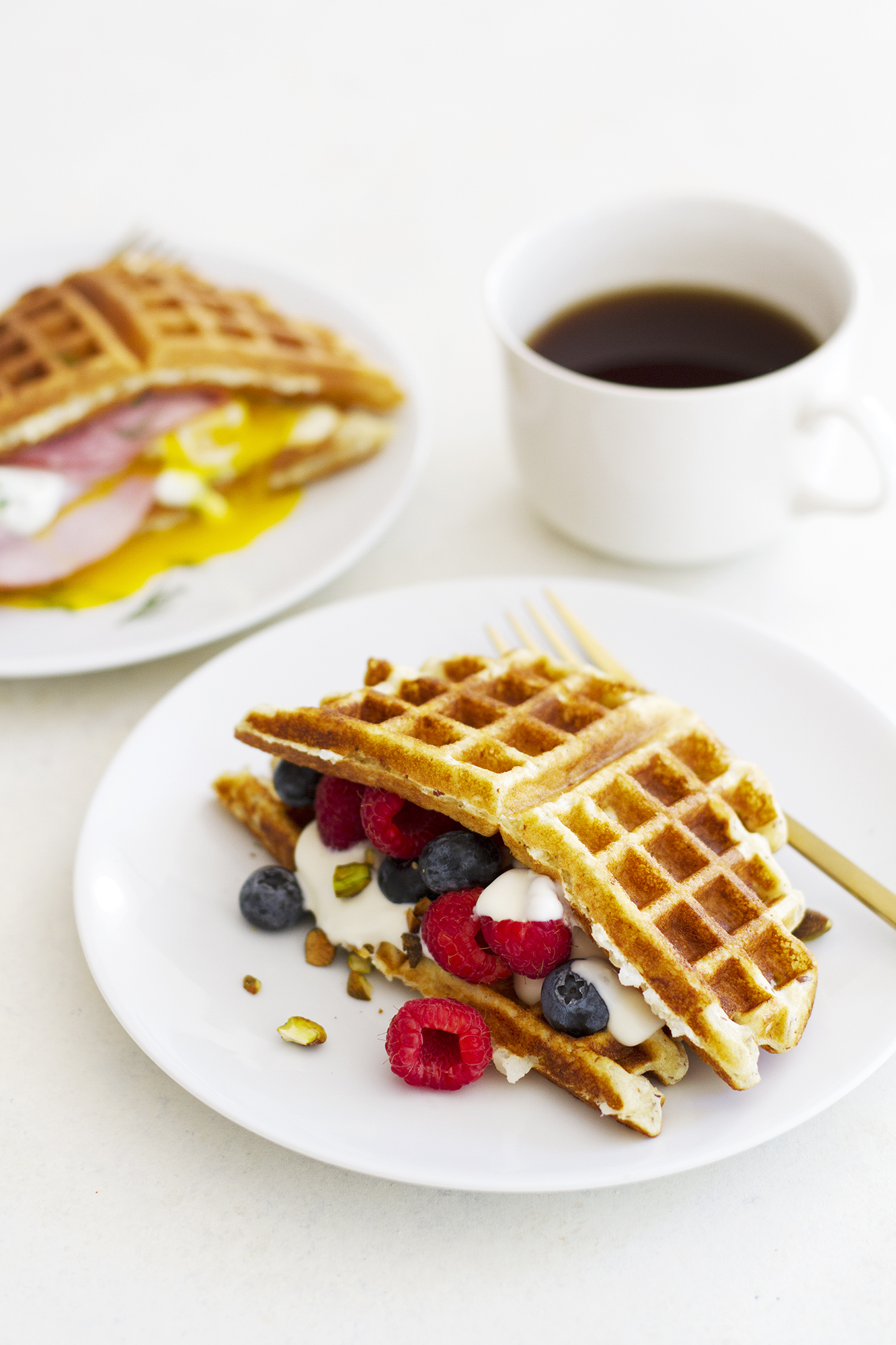 I don’t know about you, but when it comes to breakfast or brunch, I don’t like making choices. It’s too early in the day for that and I usually haven’t had my third cup of coffee yet, the cup that actually gets me to a functioning level.

That especially will be the case this upcoming Sunday, which is both Mother’s Day and my birthday. My family is coming into town to celebrate all the things (because, as you may recall, Avery’s birthday is Monday, the day after Mother’s Day) and while I’m super jazzed to have everyone around to party, the last thing I want to do is decide for everyone else what they’ll want to eat for brunch (besides birthday cake, obviously). 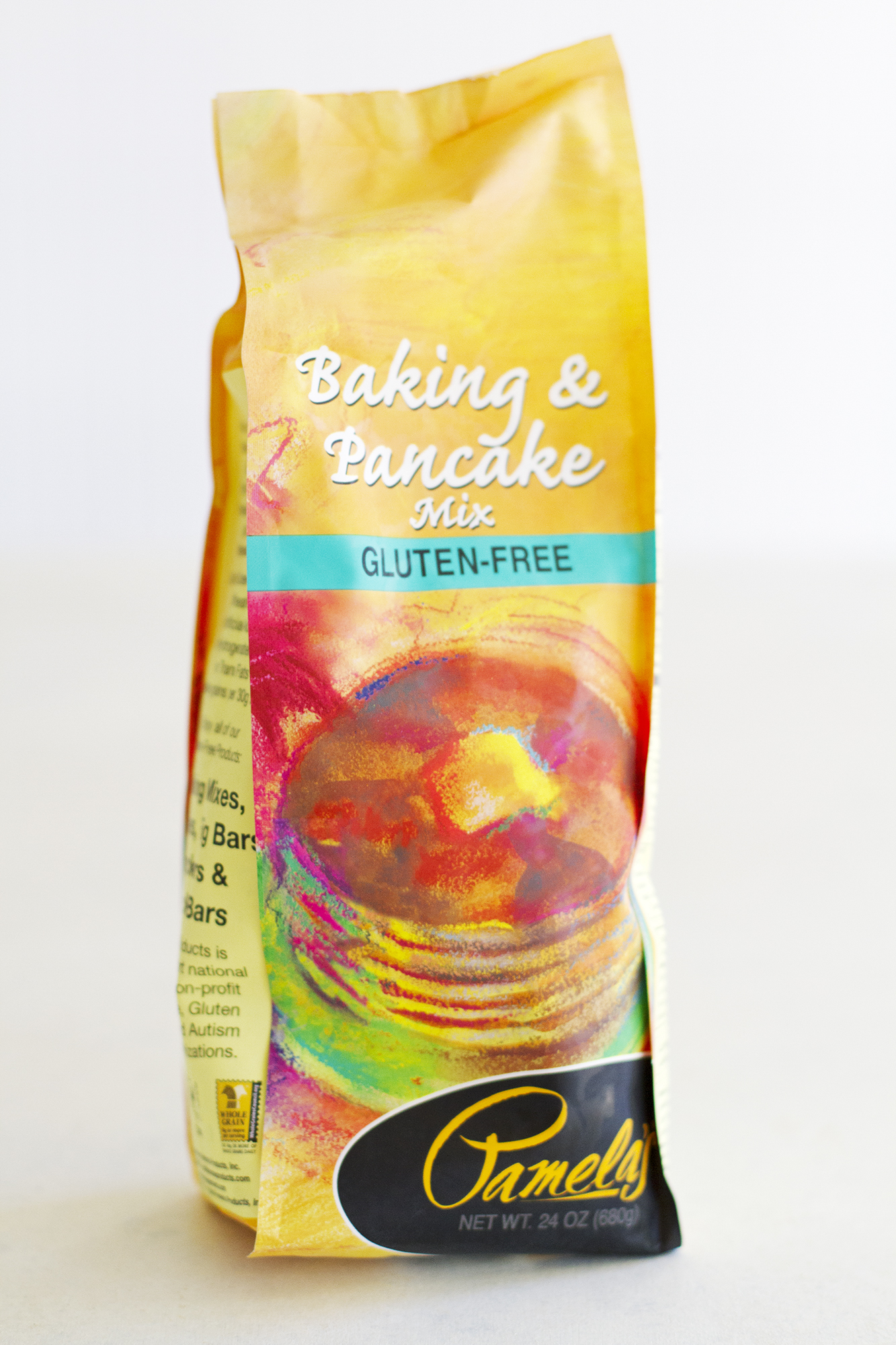 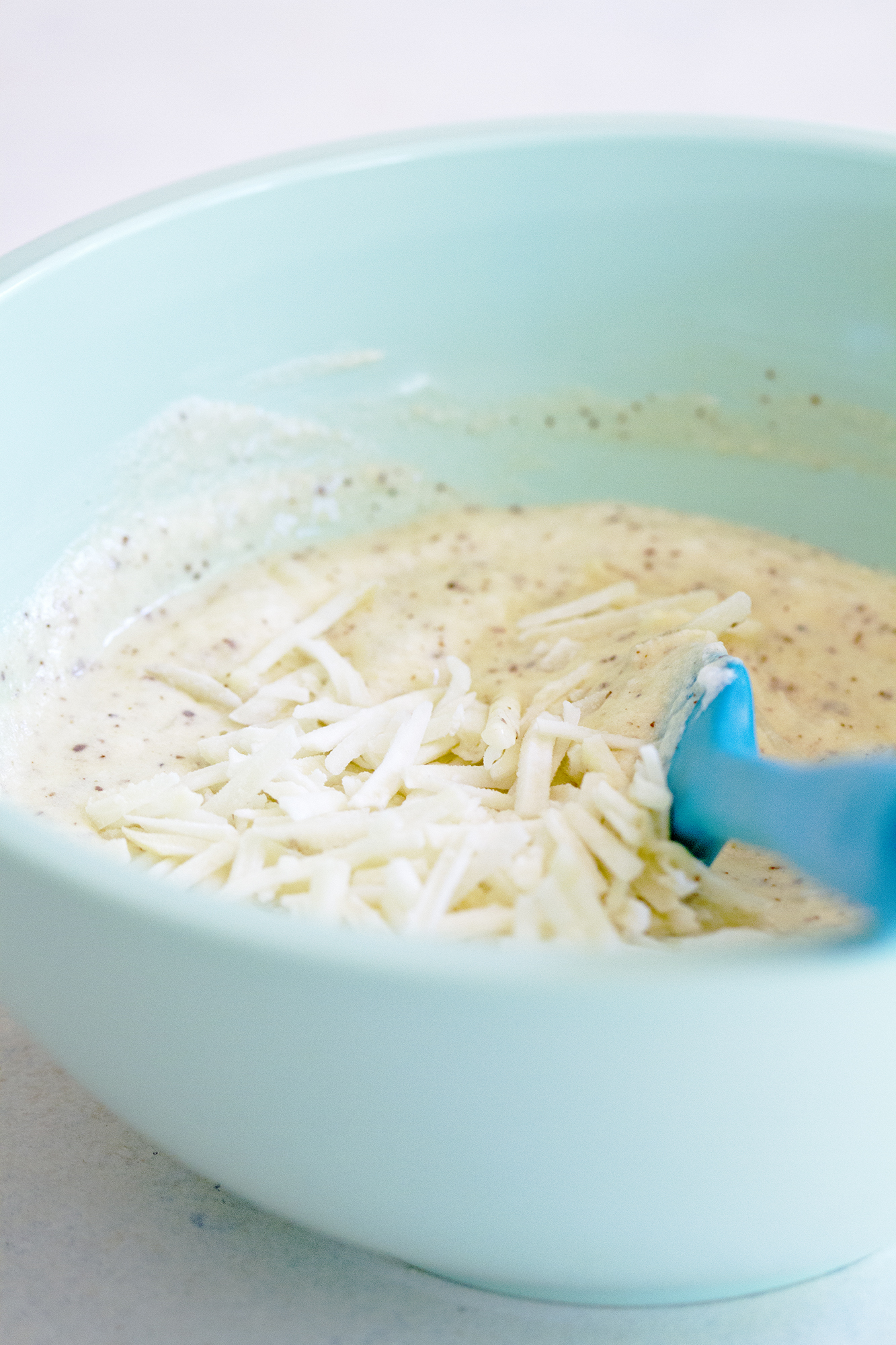 These waffle breakfast sandwiches are a slamdunk winner for your Mother’s Day brunch. They’re gluten free thanks to Pamela’s Baking and Pancake Mix, so anyone with a sensitivity or allergy in your group can rest easy. There is a choice of toppings — one savory, with sliced ham, herbed creme fraiche and a runny fried egg, and one sweet, with fresh berries, maple creme fraiche and chopped pistachios. And the waffles themselves have a special ingredient in them that almost everyone enjoys for breakfast/brunch, and that is hash browns. They add just enough crunch and flavor to the waffles to make them extra special for this extra special occasion — to celebrate Mom. 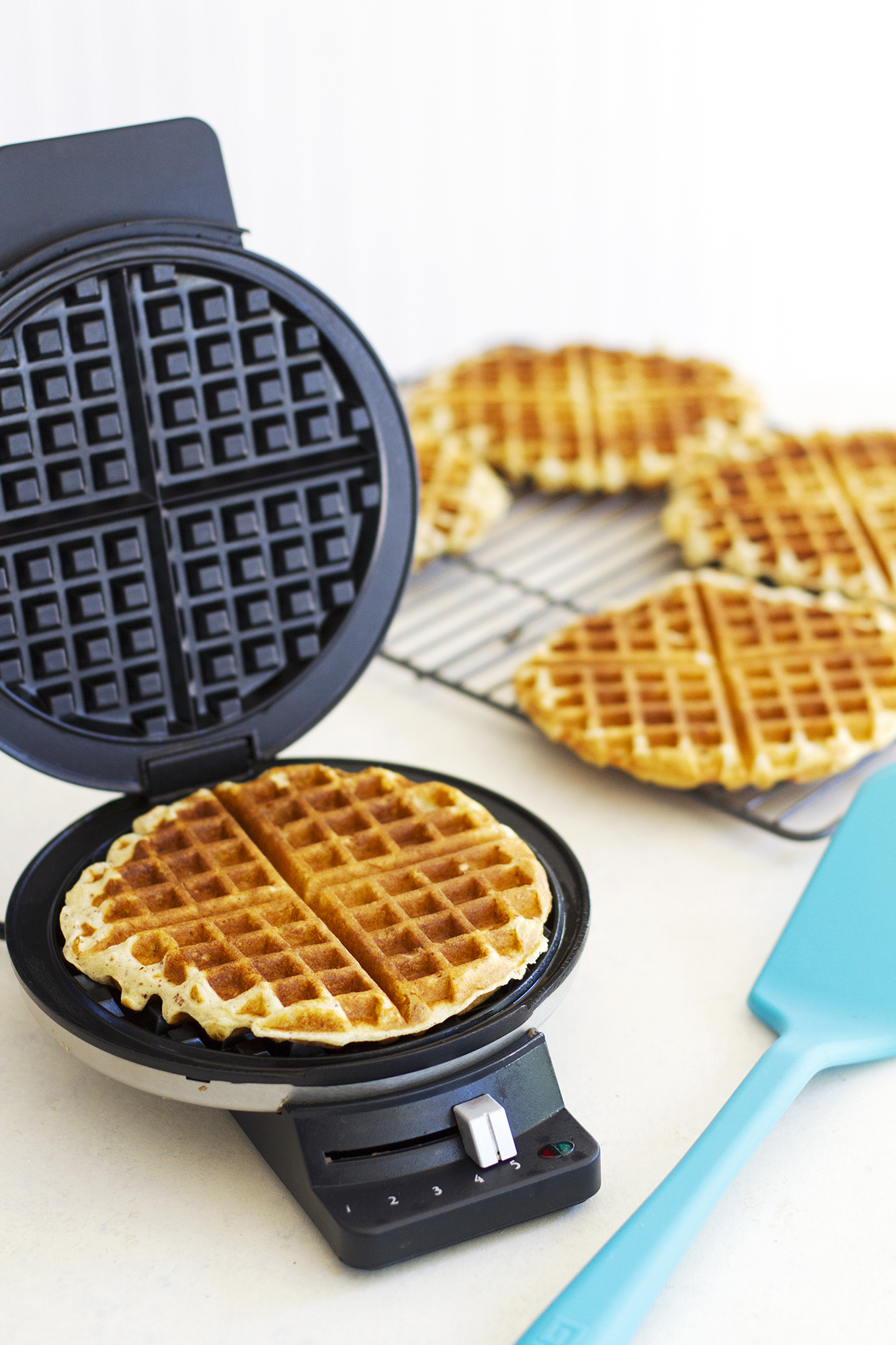 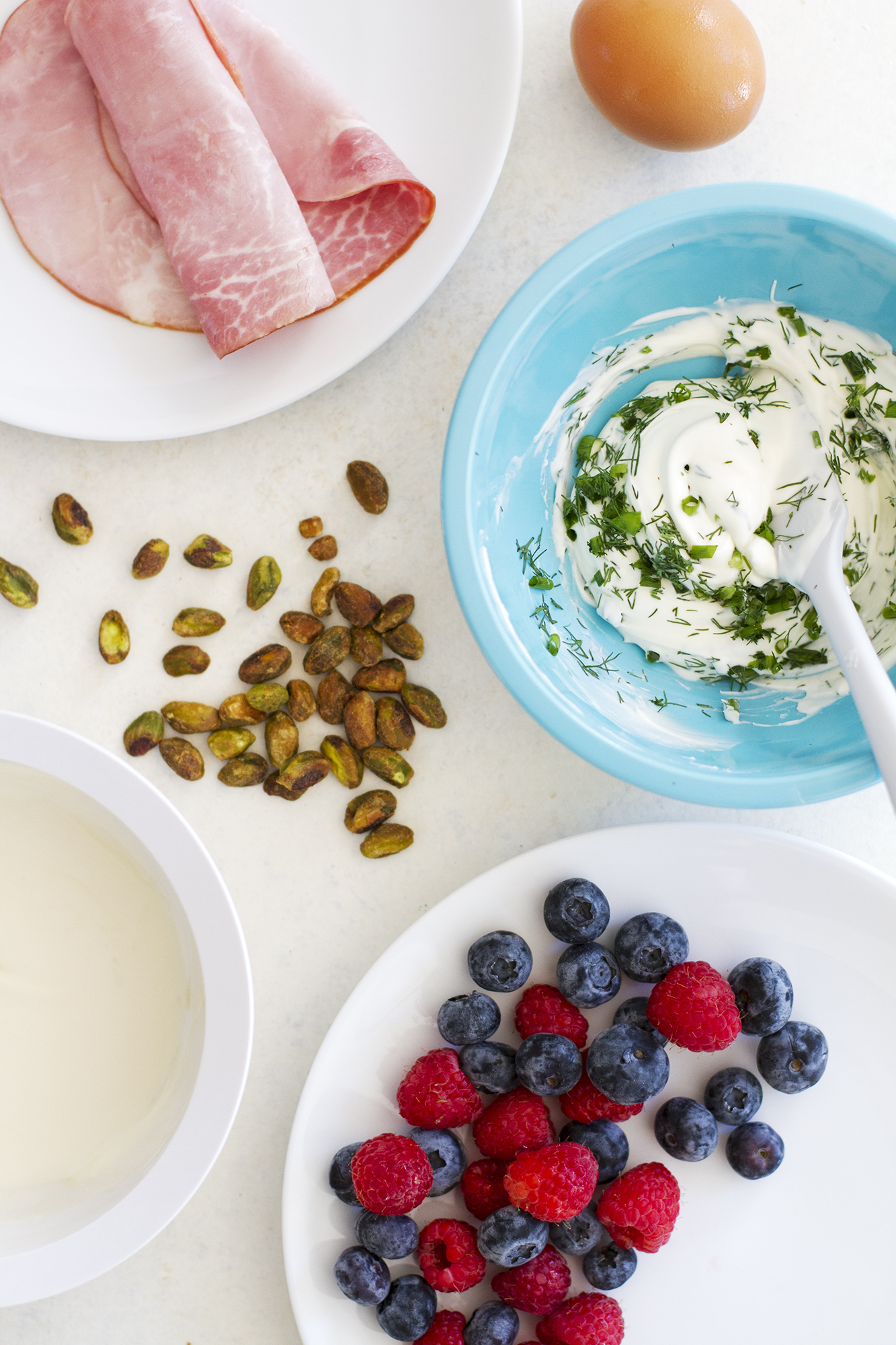 Truth be told, these are the crispiest waffles I’ve ever made and a lot of that can be attributed to the Pamela’s mix. I was pleasantly surprised by how this gluten free mix tasted and how well it held together as a sandwich with loads of toppings, both sweet and savory. I mean, can your baking mix do this? I know for me, it’s a waffle dream come true. 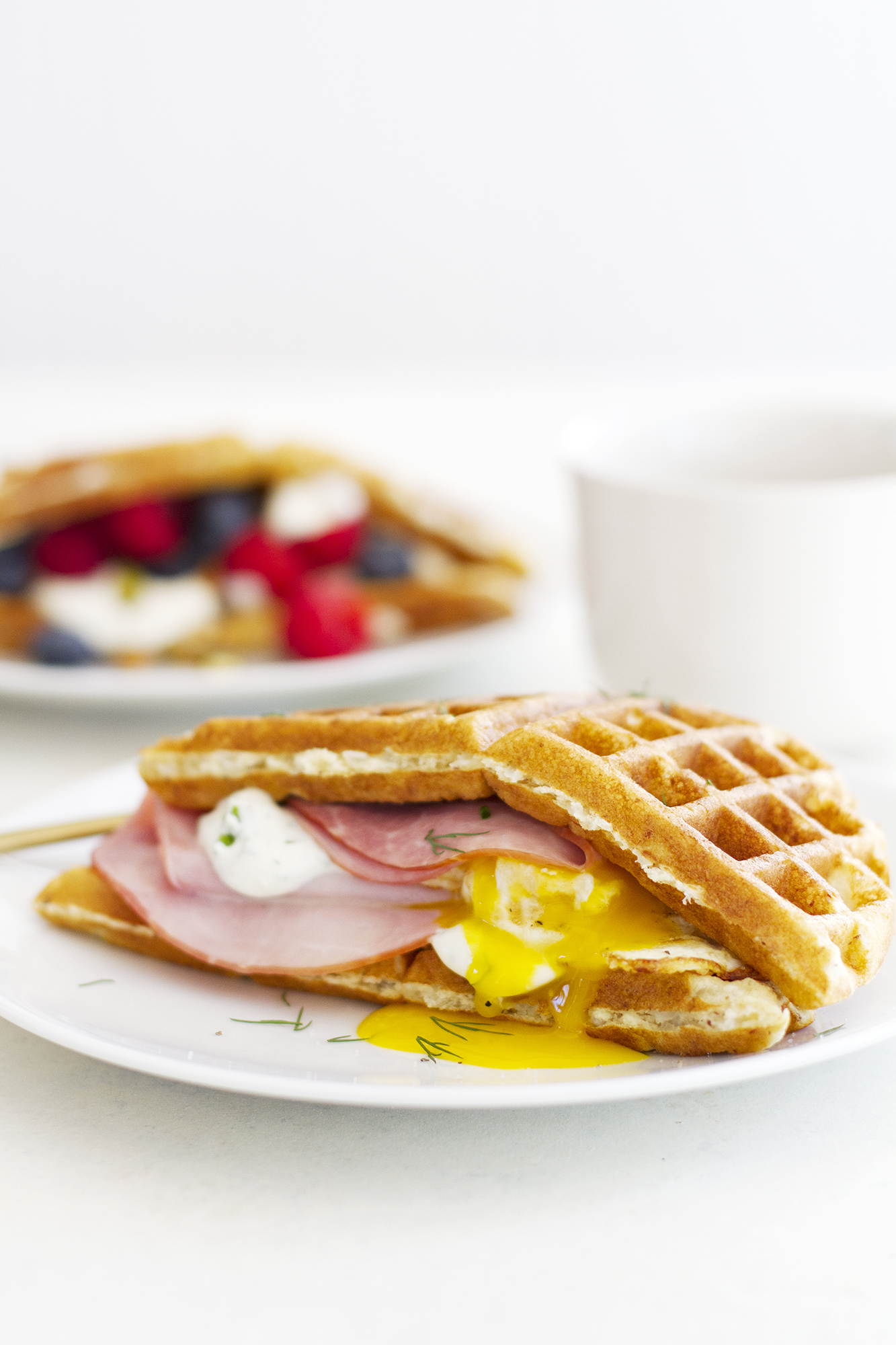 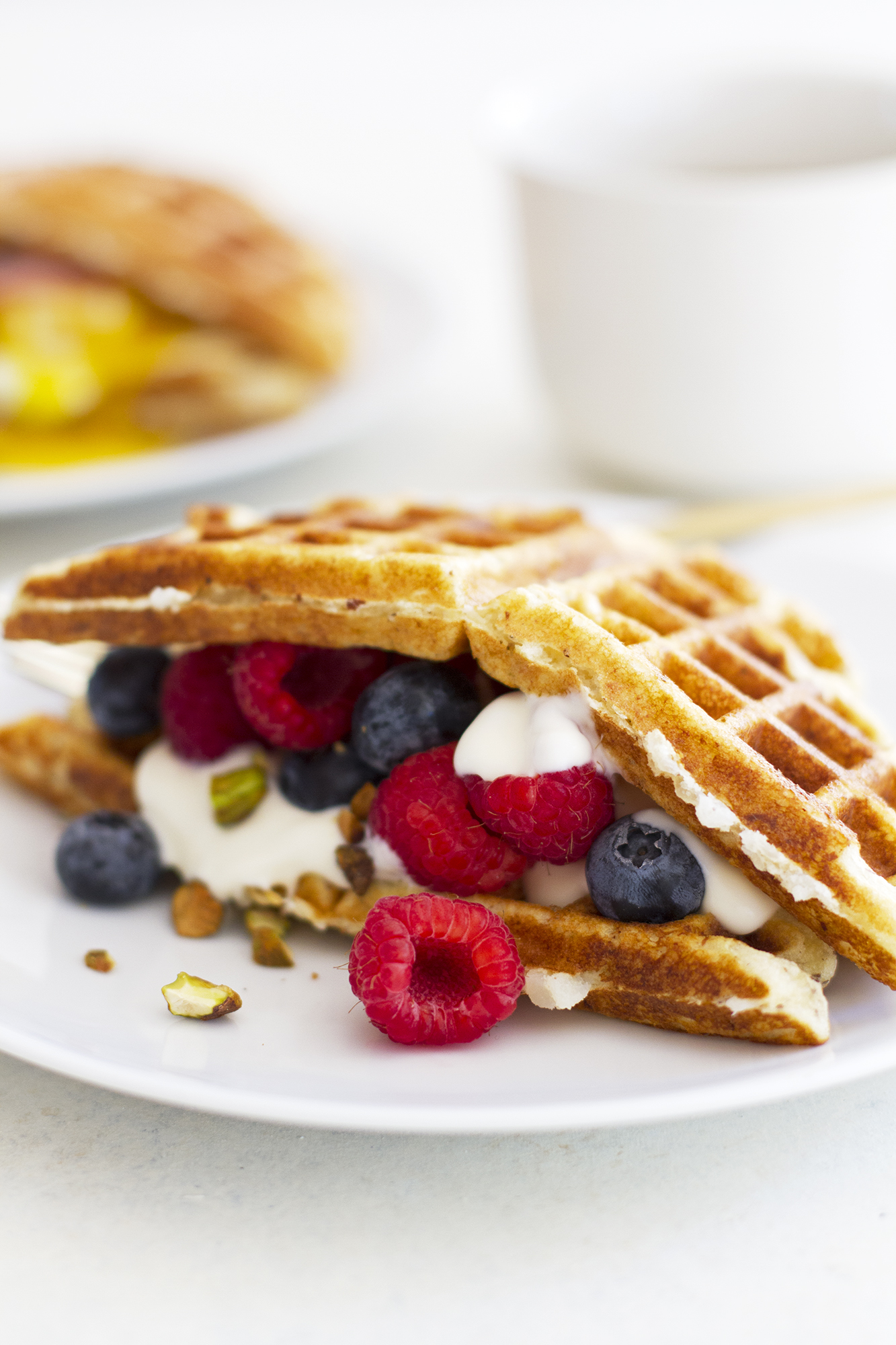 Of course, as is custom in Sandwich Land, these sweet and savory toppings are just guidelines — feel free to mix things up as you wish. Scramble the eggs instead of frying them, swap the chives and dill for your favorite herbs, crisp up some bacon and save the deli ham, use whatever fruits you have on hand and pour a little extra maple syrup on top of your sweet waffle breakfast sandwich — you know that’s what I plan to do.

However you do it, just don’t let Mom come in the kitchen to assist you. She’s made enough sandwiches in her day, and you’ve got a baking mix to help you out. So give her a cup of coffee, send her to the couch and tell her to relax until her brunch is ready. Then give her a big hug and hand her a waffle breakfast sandwich, courtesy of you. In that moment, she’ll be proud she raised you right. 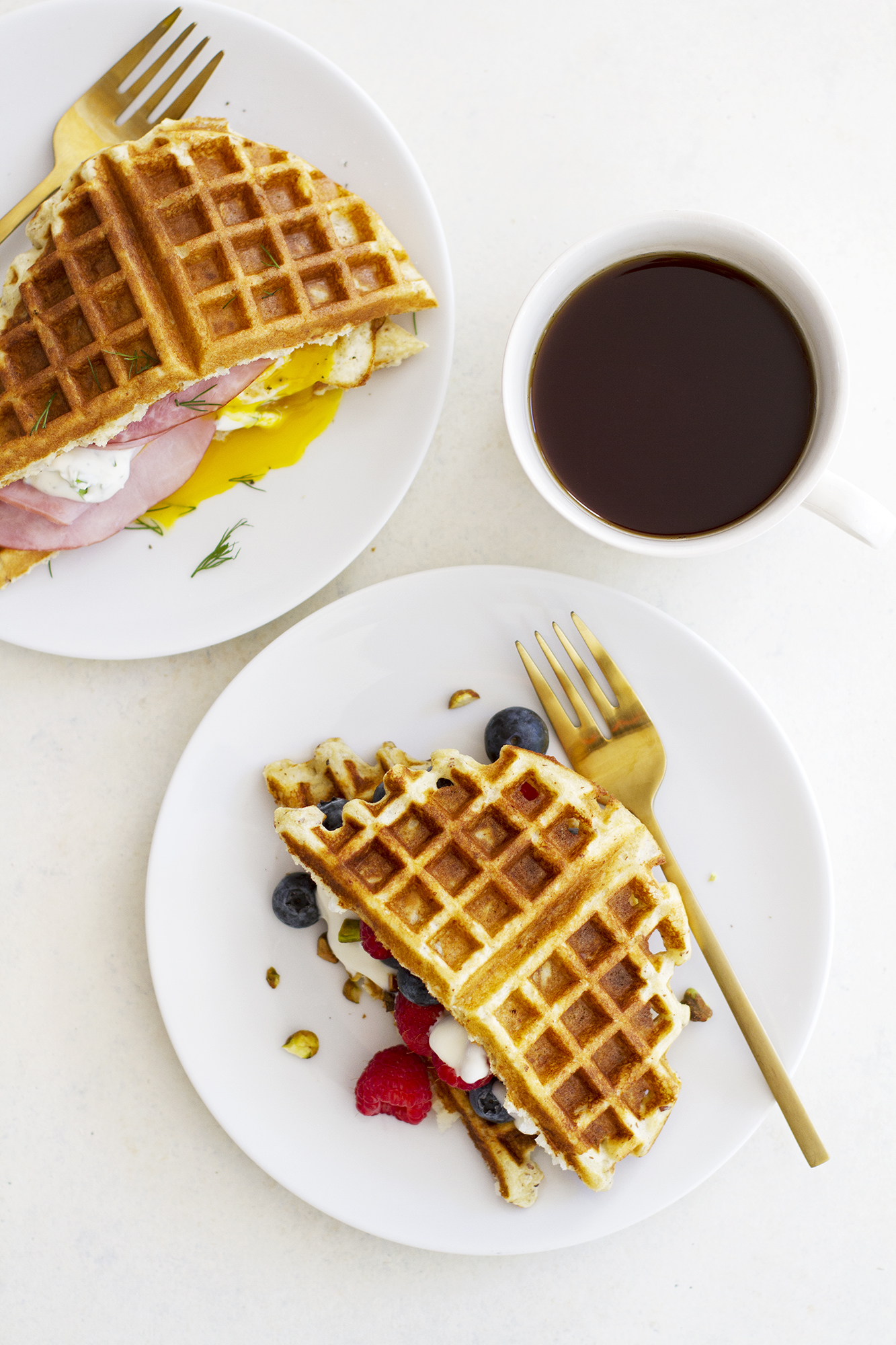 Now that I’ve had my third cup of coffee, I’ve decided: I’m having both sandwiches for Sunday brunch.

P.S. Pamela’s is hosting a sweet (and savory?) spring sweepstakes on Facebook this week! You can enter on their page to win a brunch essentials kit, including Pamela’s products and a set of GIR kitchen tools.

For the hash brown waffles:

For the ham, egg and herb sandwiches:

For the berry maple creme sandwiches:

Disclosure: I received compensation from Pamela’s Products for recipe development purposes. All opinions are my own.