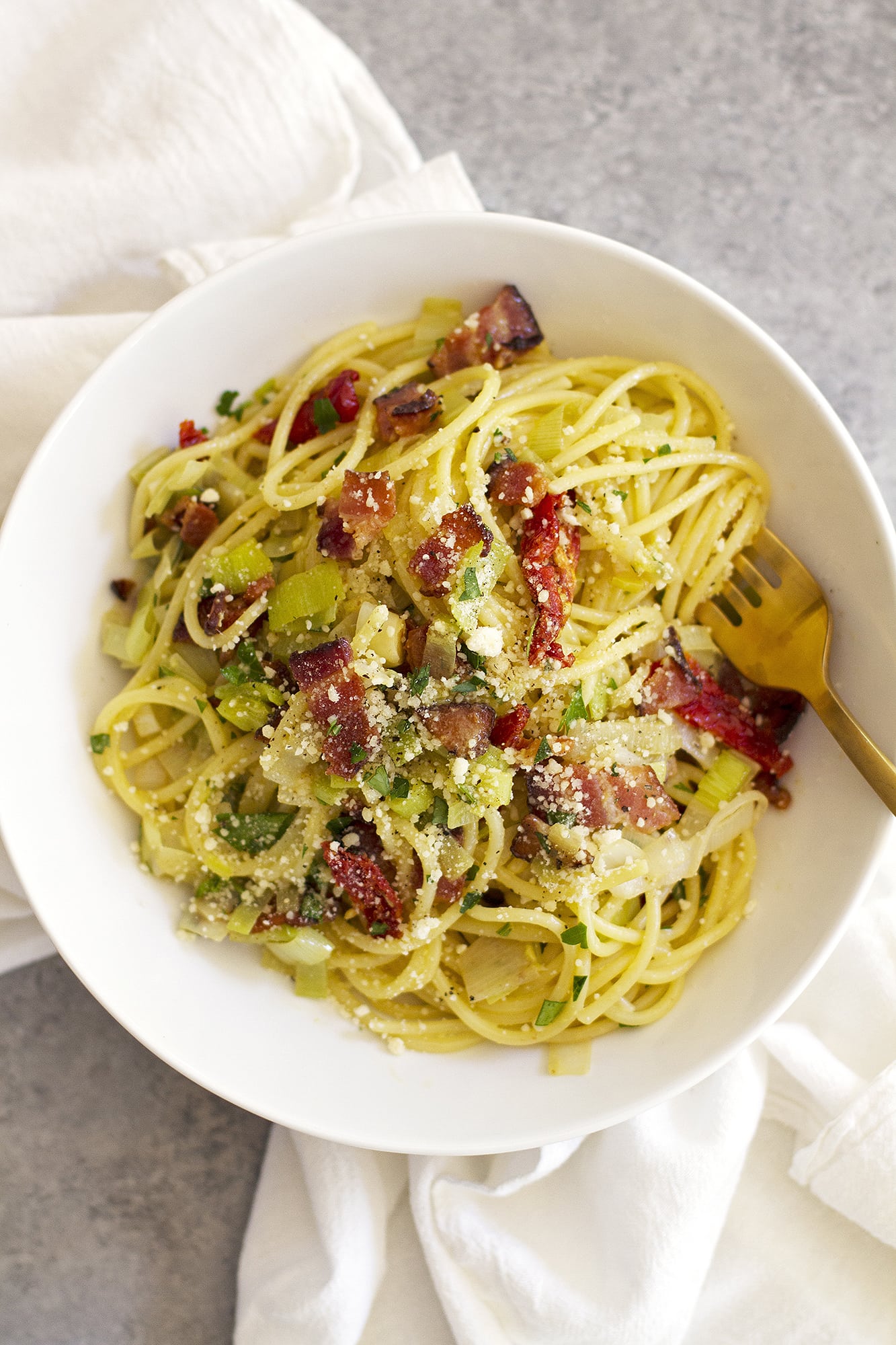 One, because it’s my daughter’s second birthday (cue the big emotional mom tears from yours truly) and I want to spend as much time with her as possible (a.k.a., help her eat some of her birthday cake).

And two, because this pasta carbonara with leeks and sun-dried tomatoes doesn’t need much explanation. You can see for yourself that it’s crazy delicious. 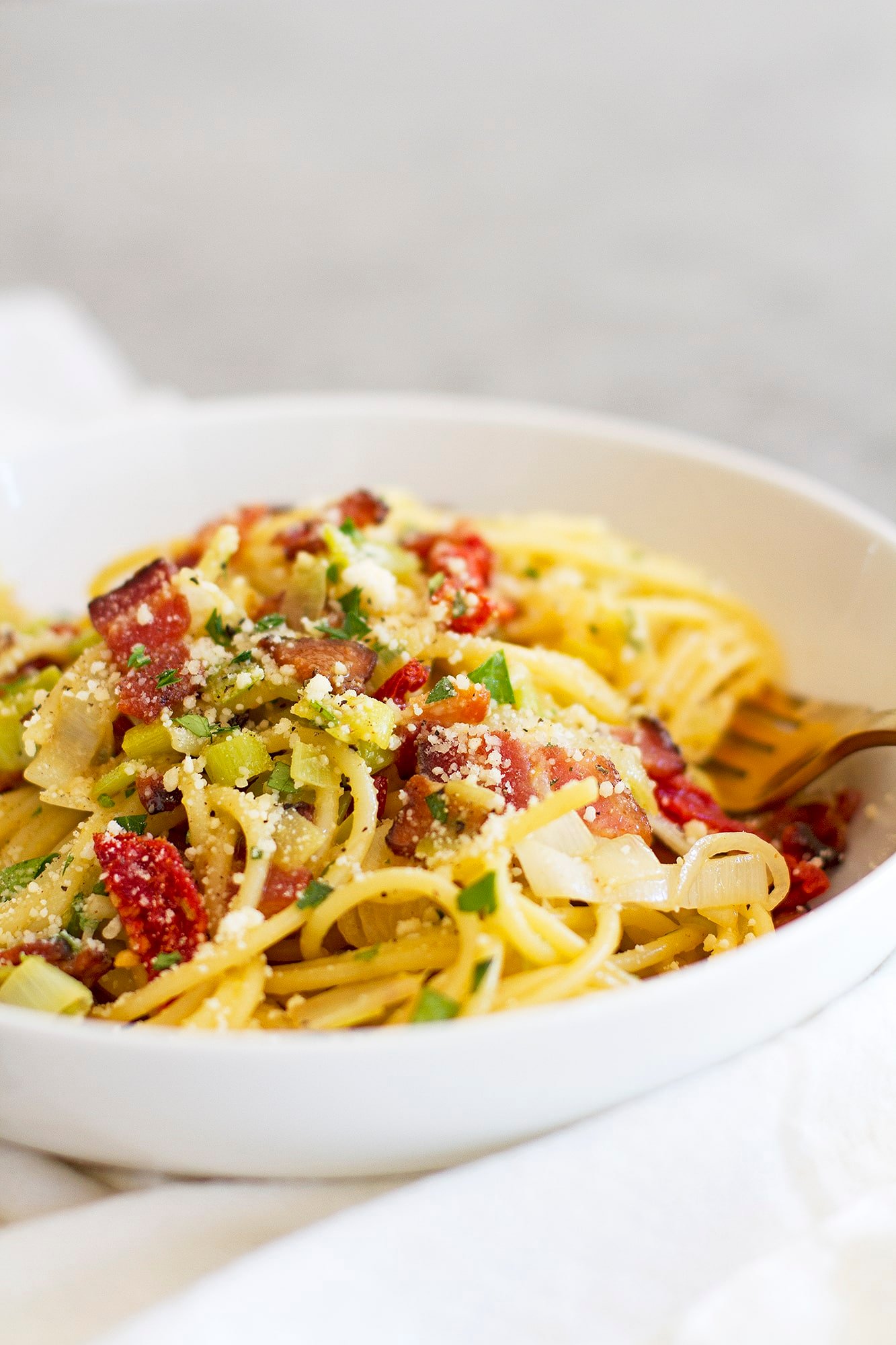 The first time I had pasta carbonara was just a few years ago, and it was a pasta game-changer. Because when you combine carbs with bacon (or more authentically, guanciale or pancetta), cheese, eggs and cream, magic in pasta form happens.

In this case, both for ease of ingredients and budget, I used thick-cut bacon instead of guanciale and left out the cream. The cheese had to stay, of course. And I added fresh parsley, sun-dried tomatoes and leeks (cooked in bacon fat, yaaassss) for extra flavor.

Pair this dish with a light salad, a glass of vino and a perfect spring day (which Minnesota is WINNING at lately). Repeat throughout the summer as needed. 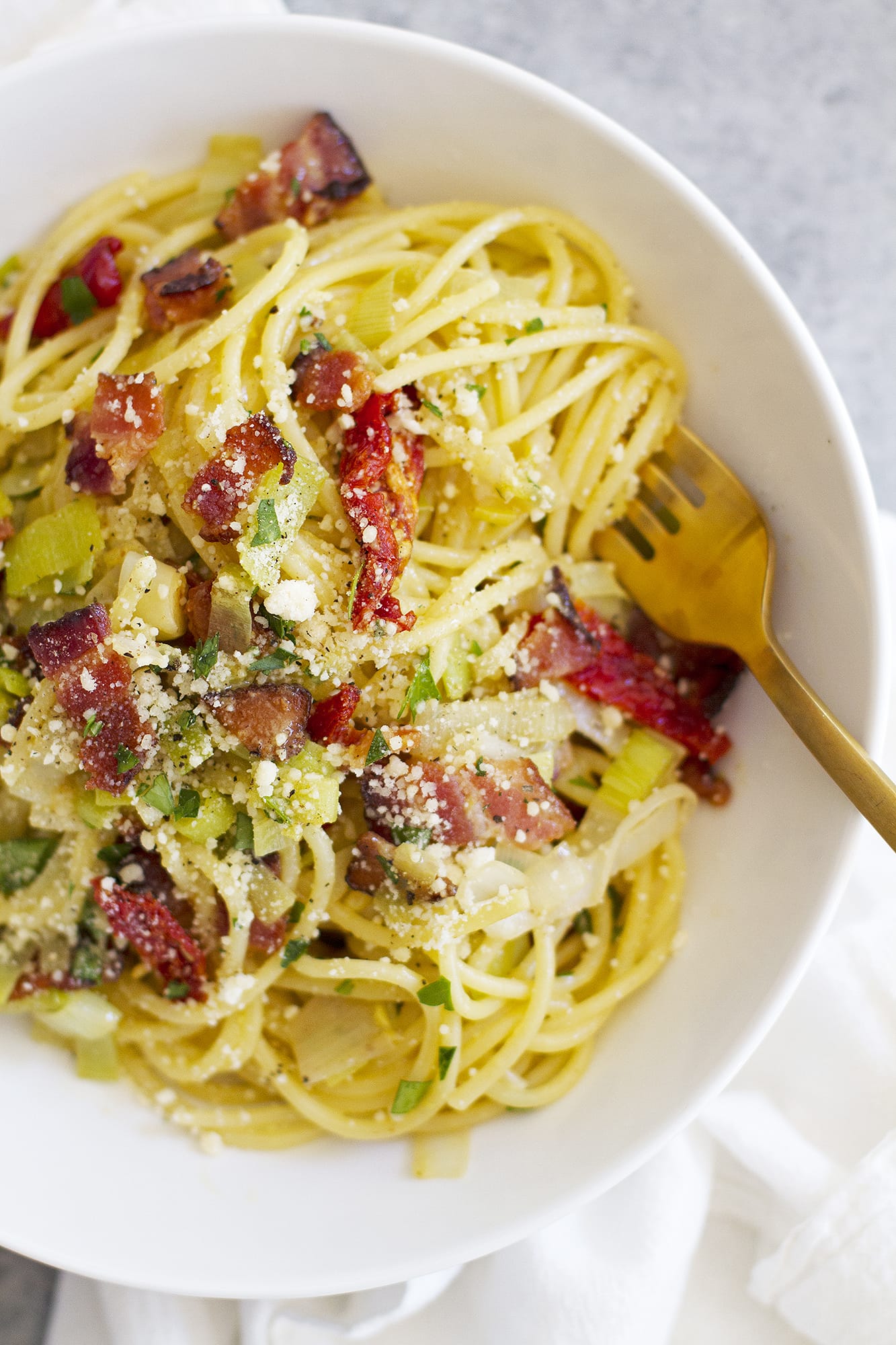 23 comments on “pasta carbonara with leeks and sun-dried tomatoes”