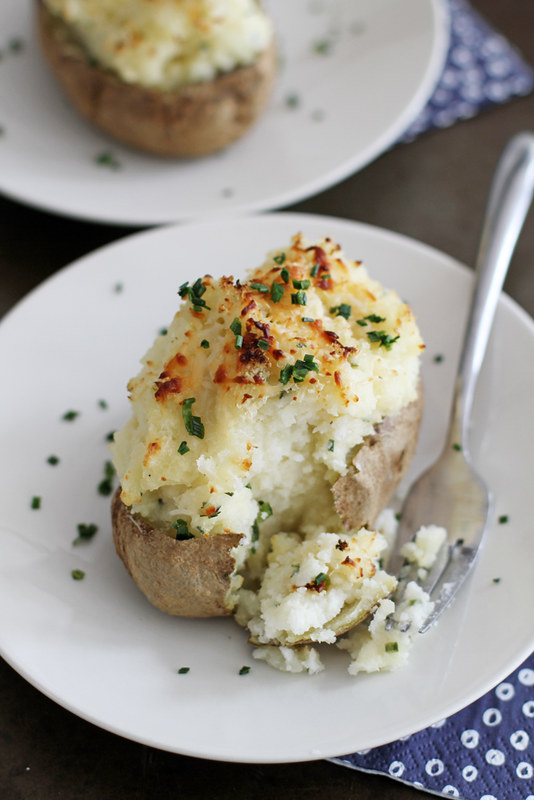 When I go out of town, the husband eats frozen pizza and Chipotle and drinks beer. When he goes out of town, apparently I eat enchiladas for four days in a row.

Such is what happened this past weekend, when Elliott was on a trip in Colorado with his friends. He gallivanted around the state snowboarding, hiking and mountain biking. I think there was also a night of camping in Arizona, too? I don’t remember, as I was too busy staring out the window while it snowed making faces like this. I know for sure he didn’t shave, though, as he lovingly reminded me with daily photo updates on my phone.

Obviously by the last night of this most recent separation of ours, I couldn’t take one more bite of leftover enchiladas. And so, these twice-baked potatoes with fresh horseradish graced the single-lady dinner menu. And cheering and dancing and devouring of said potato ensued (look at all the excitement you missed out on, BABE). 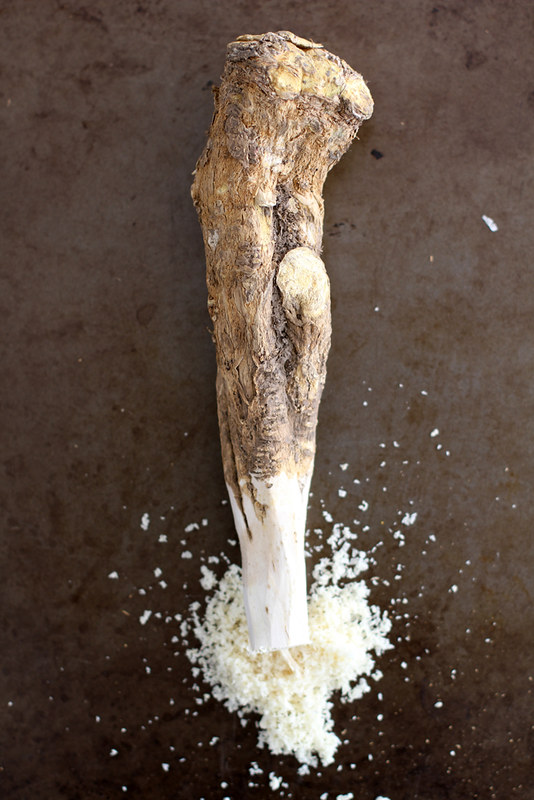 Have you ever cooked or baked with fresh horseradish before? Believe it or not, they supply it at my local Cub Foods store (along with cactus leaf, because apparently people eat these things). It’s really an ugly-looking root, but when you peel it and grate it into vinaigrettes and cocktail sauce and these here potatoes, it’s delicious. Sinus-clearing, yes, but delicious.

And actually, about that sinus-clearing: Did you know that when you bake said grated fresh horseradish, the heat reduces its potency? So basically you get the pleasant flavor of horseradish, but without as much of that zing that feels like it burned off your nostril hairs. Two thumbs up for that, I say. 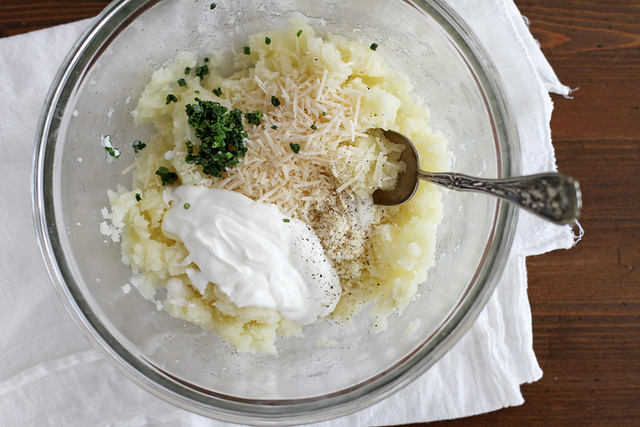 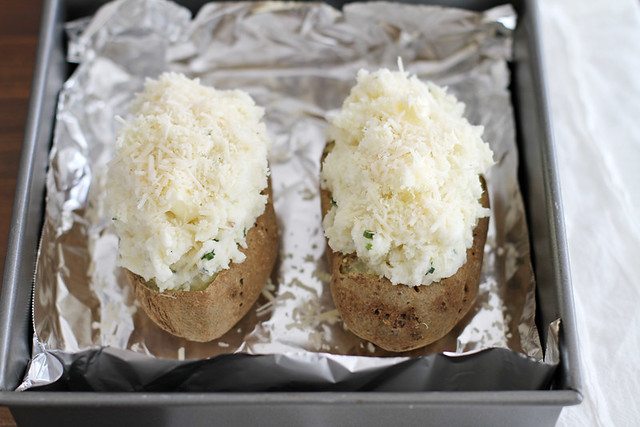 Much as I love a regular baked potato for my single-lady dinners, twice-baked potatoes are just as easy to make and they are just that much fancier and tastier because you can stir the toppings right into the mashed potato. These consist of sour cream, heavy cream, shredded Asiago cheese, chives and the aforementioned horseradish, so the results are extra-smooth, extra-creamy, extra-yummy yum yum. Maybe they tasted just that much better because of all the enchiladas, but I like to think these potatoes stood on their own as an especially good meal. 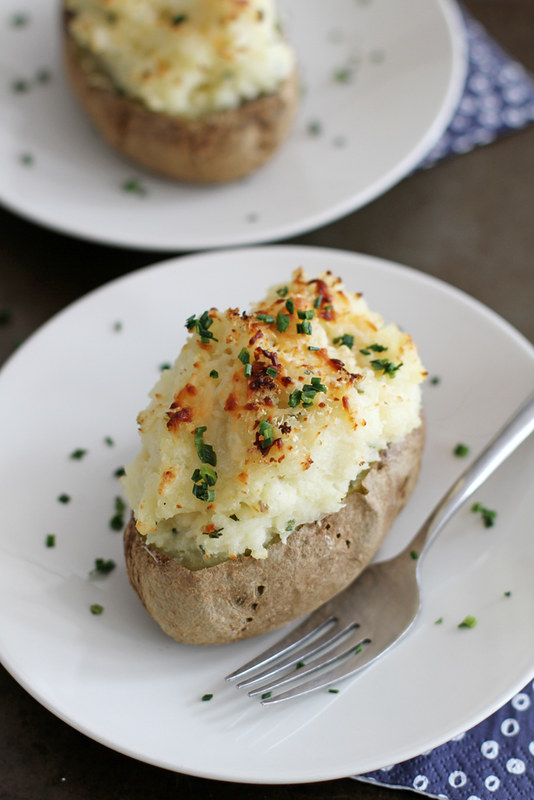 So next time your significant other decides to leave you on your own for a few days so he/she can camp and bike and run around and get a sunburn because it’s so sunny and warm where he/she is (nope, not bitter), treat yo’ self and make these twice-baked potatoes. It’ll be like your own little vacation to… yummy dinner land. I don’t know. 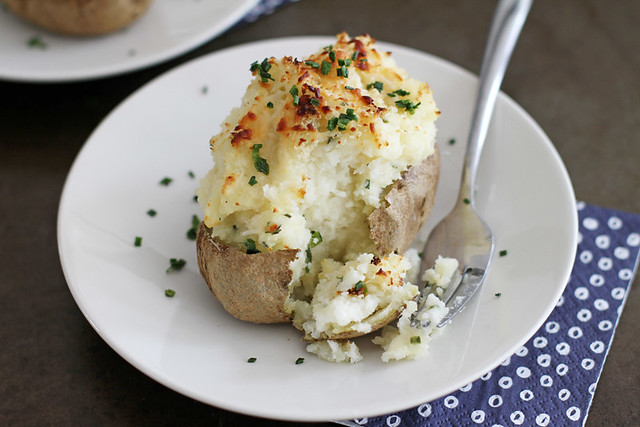