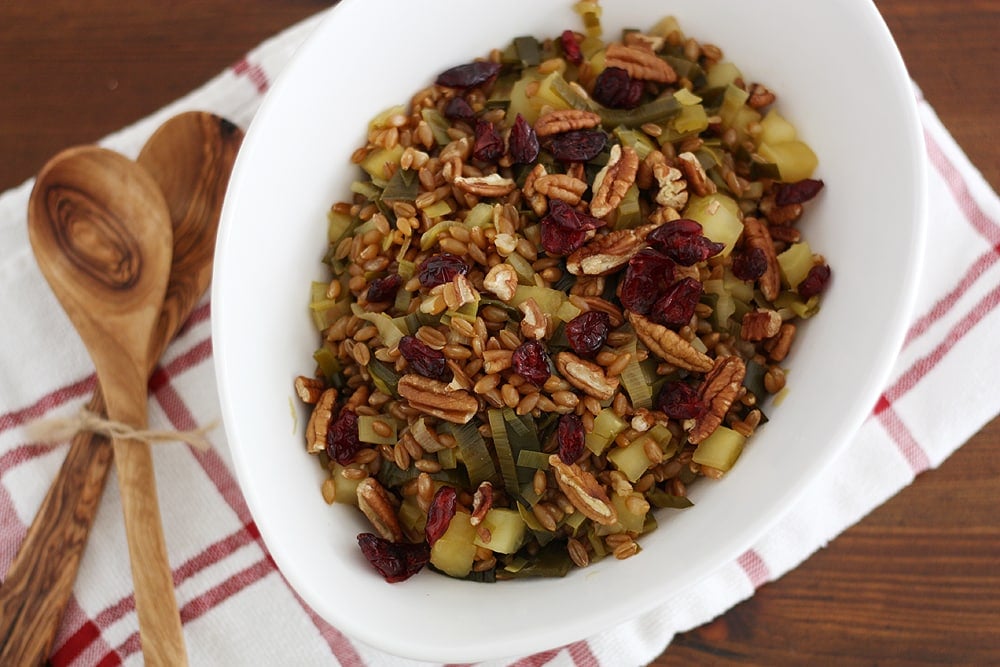 If your weekend was anything like mine and there was at the very least one to 17 slices of apple crisp skillet muffin bread involved, your Monday calls for spelt.

What is spelt, you ask? That’s an excellent question. It’s a grain, specifically, a species of hearty wheat native to Europe and popular in Germany (in other words, it’s the food of my people). It’s nutty and chewy and tastes kind of like farro, but also kind of like rice, but also kind of like barley — but in the end it’s its own thing and a tasty thing at that. Oh, and it’s good for you — like, packed with fiber, iron, vitamin B12 and protein good for you.

And when it’s cooked up pilaf-style with ingredients like leeks, apple cider, pecans, cranberries and Honeycrisp apples, it’s just the thing you need after a rather cake-happy weekend. Ahem. 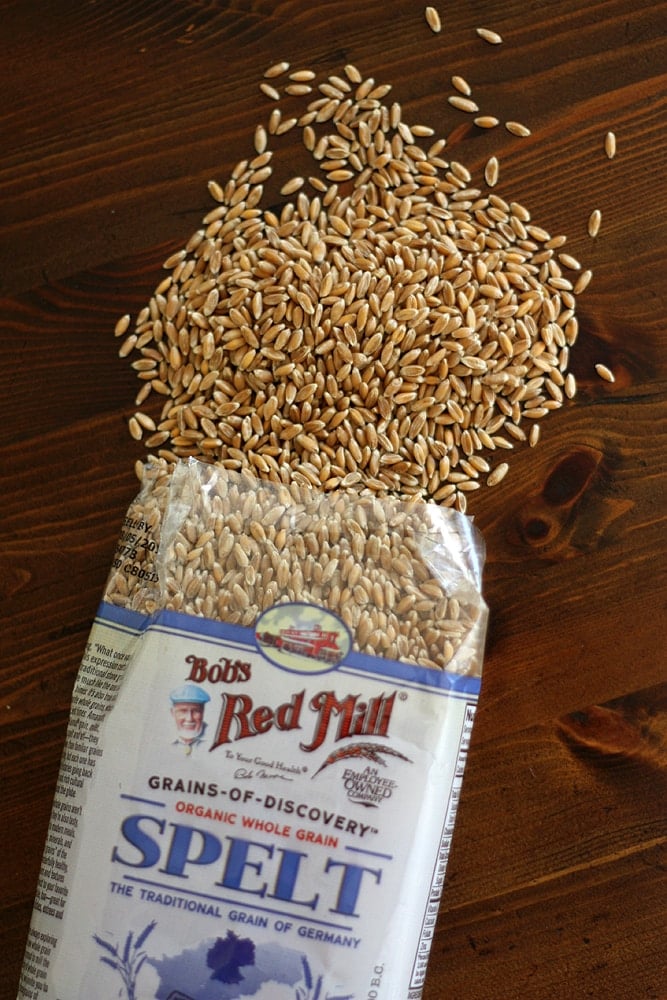 I’ll be honest: I don’t think spelt ever would have crossed my mind as something to cook in my kitchen had Bob’s Red Mill not gotten in the middle of it. When they asked me to experiment with the grain to prepare for being a part of their Grains of Discovery Google Plus Hangout video series*, at first I was all “Spielt? Speeeeee-eellt? Schpelt? Pelt? What is this? Well OK then,” but then I tried it and I was all “Oh yuummmmm I love schpelt. I mean spelt.” And that’s the long and short of it. 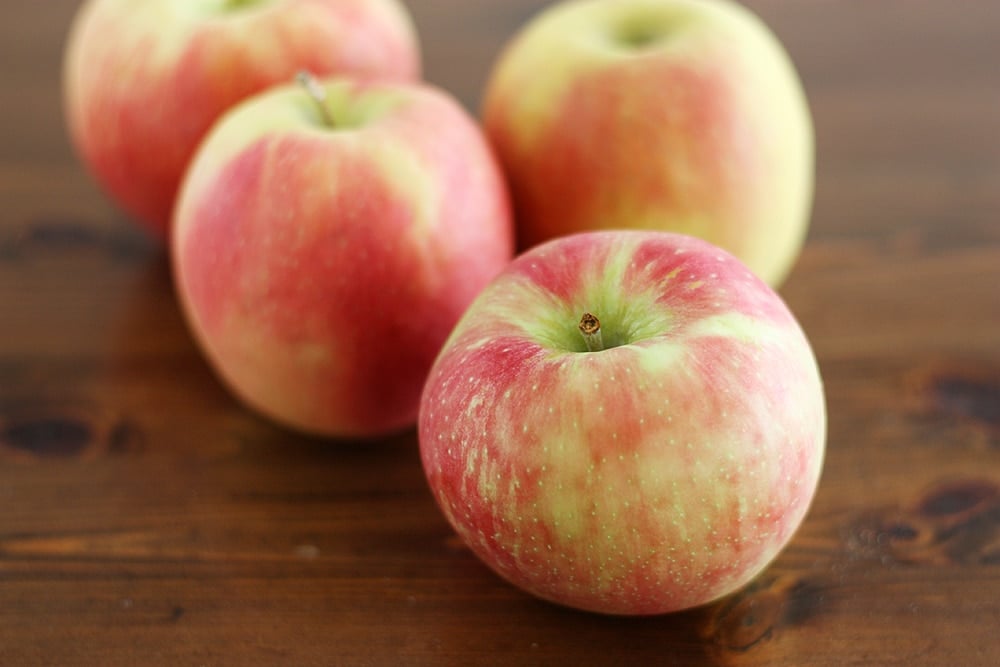 But seriously, if you haven’t had a chance to try this good grain, you should change that. I’m just barely hopping on the bandwagon of farro and barley and other ancient grains, but spelt has won my heart hook, line and sinker very quickly. I love that it cooks al dente so there’s a good chew to the end result, and its mild flavor pairs well with so many additions, from cheese to cream to veggies to meat to fruit. You can make it like a risotto, put it in soup, use it as a side dish for chicken or pork, toss it into a salad, etc. etc. And once you try it, trust me — you’ll probably go a little spelt crazy, so it’s good to have options. 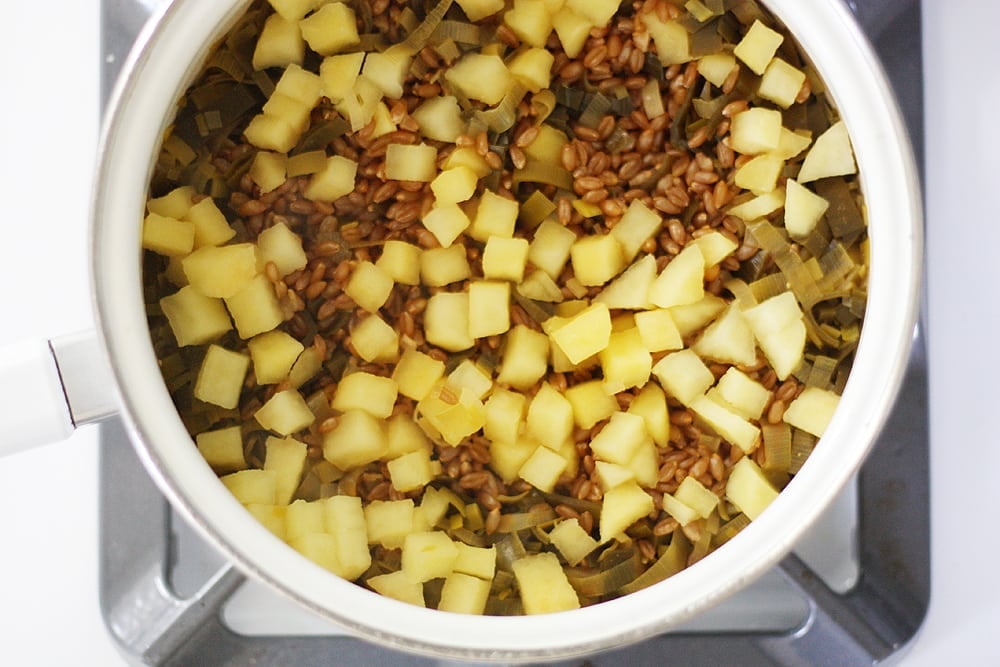 Oh, and fun fact: The Germans call spelt “dinkel,” which I think is just about my favorite.

Happy Monday, friends. Go cook up some dinkel and start the week off right. 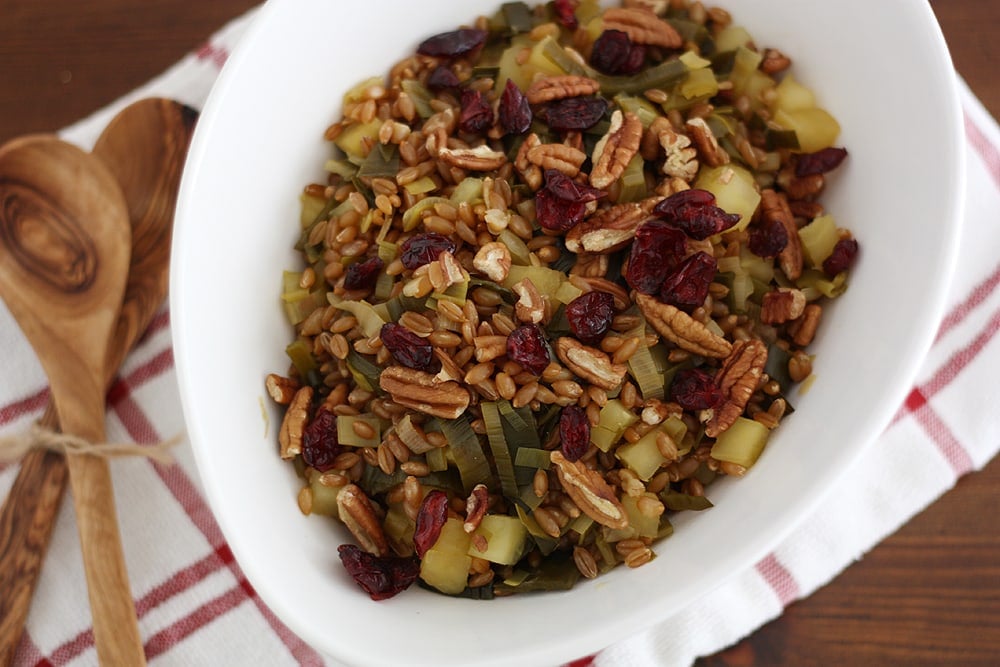 Disclosure: I received a couple bags of spelt plus a full Grains of Discovery kit from Bob’s Red Mill for review purposes only. All opinions are my own.