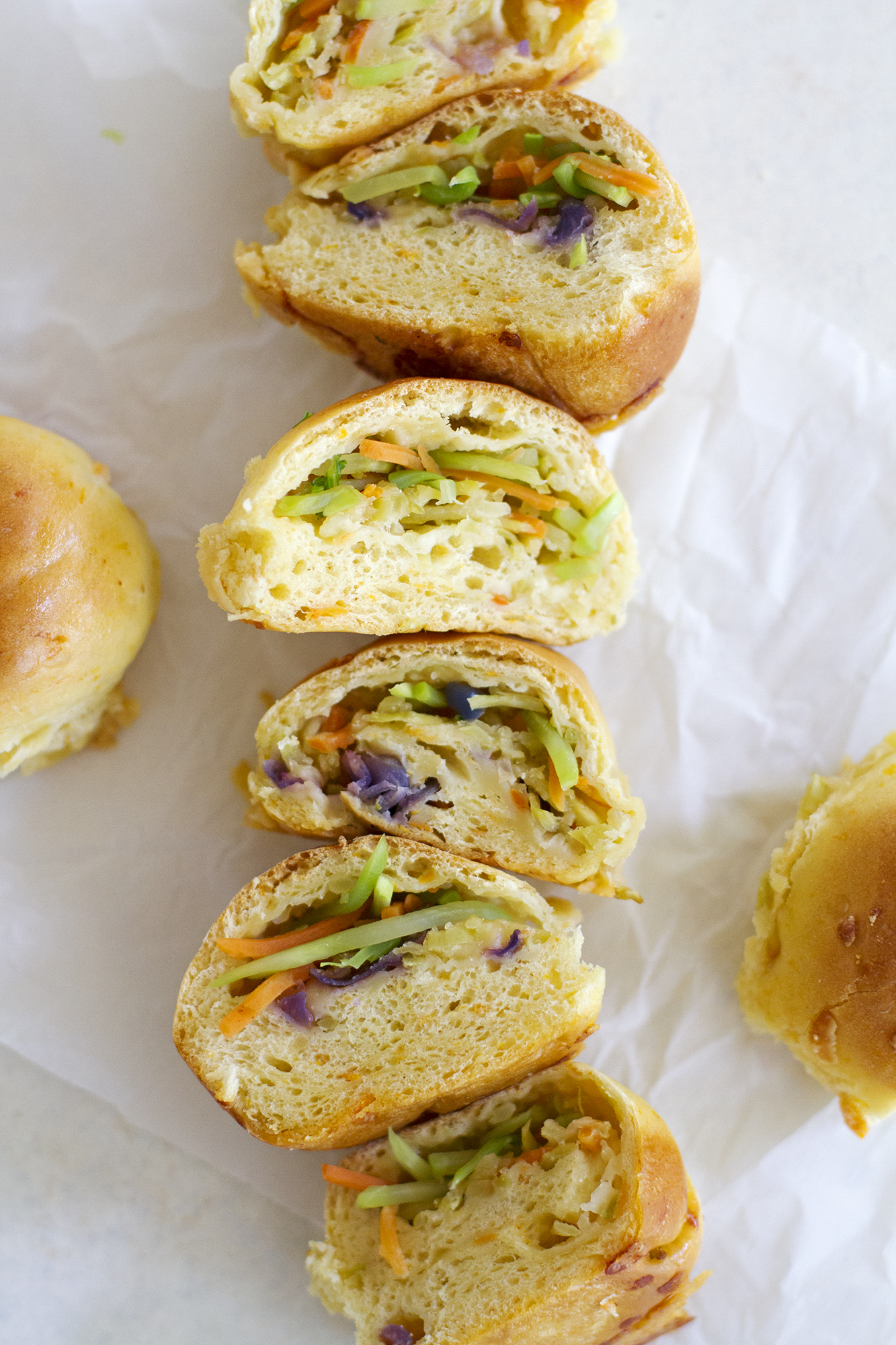 Now HERE’S the way to get your daily dose of vegetables. Just stuff them in a soft, cheesy, pull-apart roll.

I’ve never really been one to turn up my nose at veggies (except for carrots, which I’m kind of iffy about unless they’re in this form), but that’s not the case for the rest of the humans I live with in this house. The small human has an aversion to all veggies except those that can be dipped in ketchup, and the tall human will only gladly eat vegetables that are on top of a frozen pizza. So I am often alone in being excited about eating salads and such.

But these stuffed pull-apart sweet potato rolls? They were accepted by all, with much gladness. And this made me so, so happy. 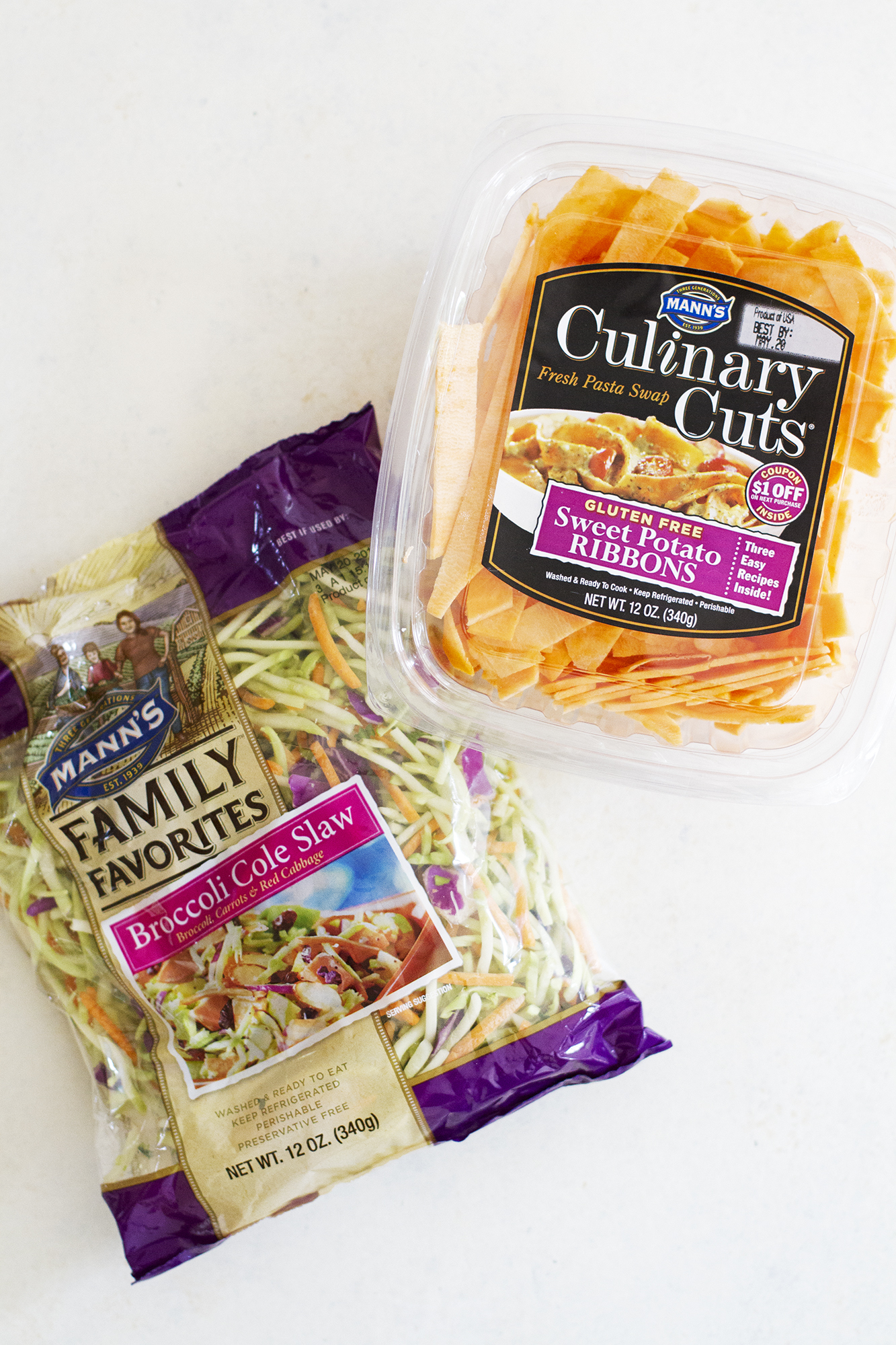 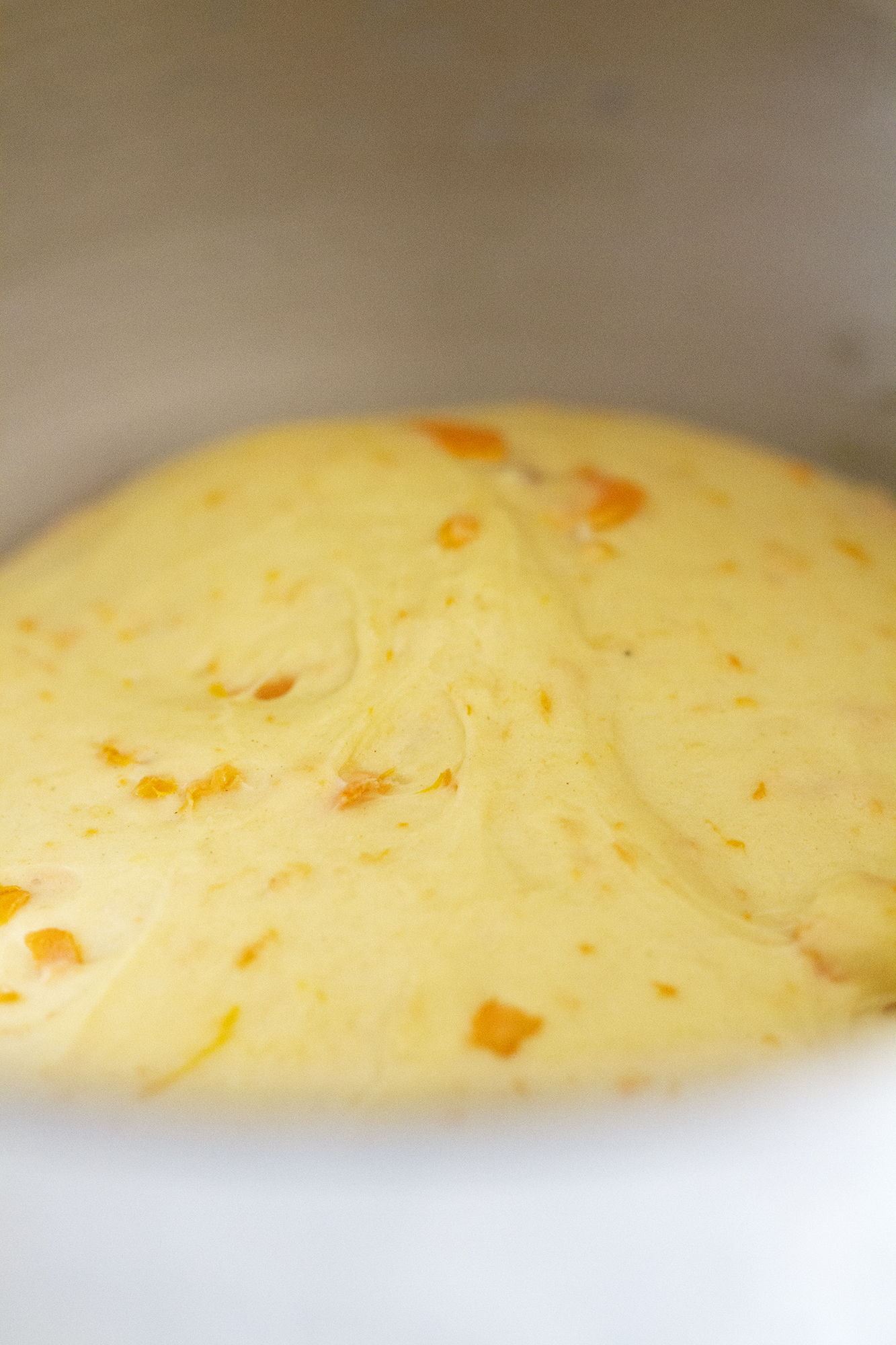 You know what else makes me happy? The fact that there is a World Baking Day. It’s tomorrow (May 17), and I’m celebrating in partnership with Mann’s Fresh Vegetables by sharing these veggie-filled rolls with you. The rolls themselves are baked with Mann’s Culinary Cuts Sweet Potato Ribbons (which also happen to be amazing as “noodles” with pasta sauce or mixed into a salad) and the filling is made with shredded sharp cheddar cheese and Mann’s Broccoli Cole Slaw. And I added an extra handful of shredded cheese to the skillet in which the rolls are baked, just because. It’s the right thing to do on World Baking Day. 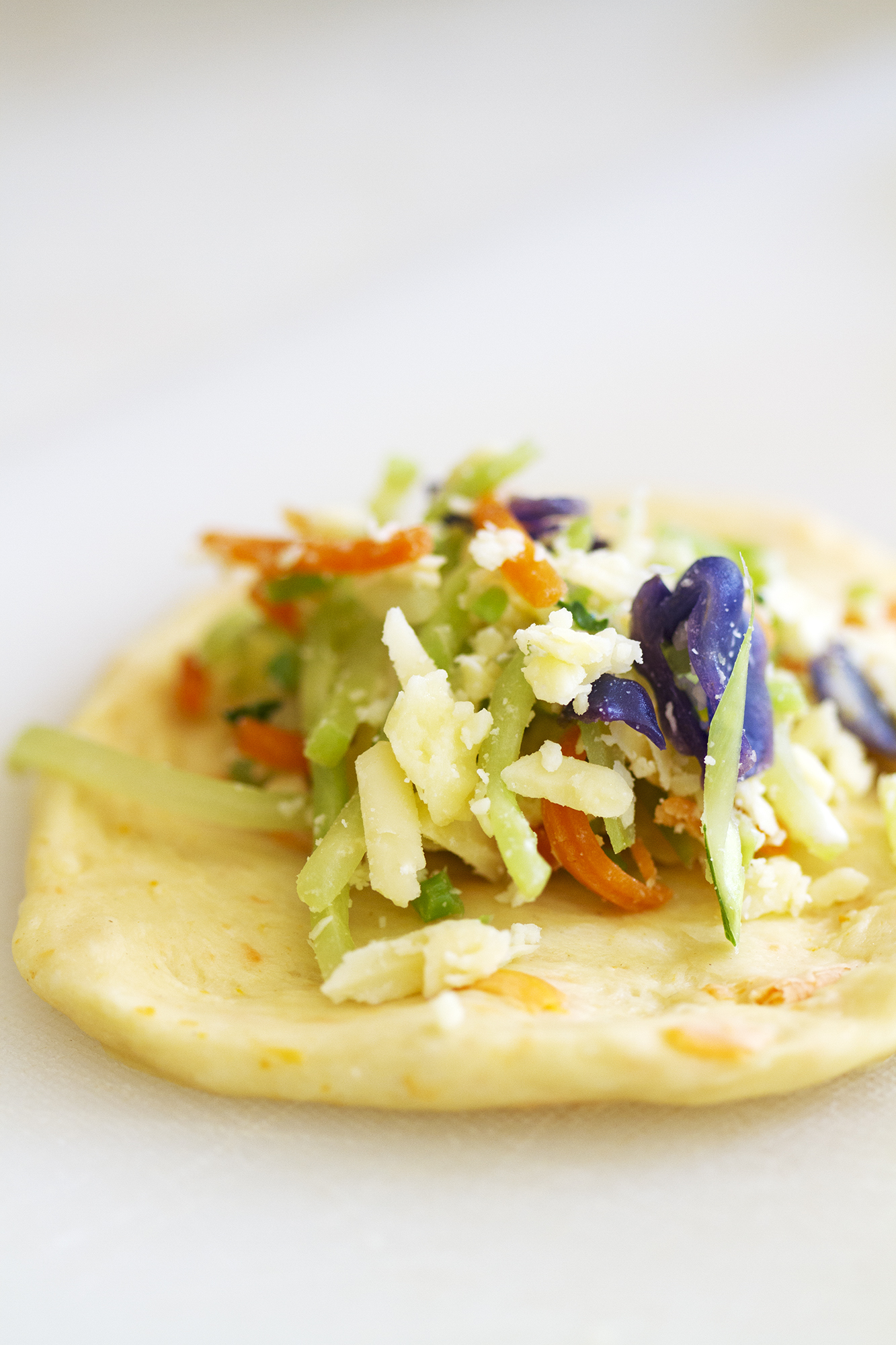 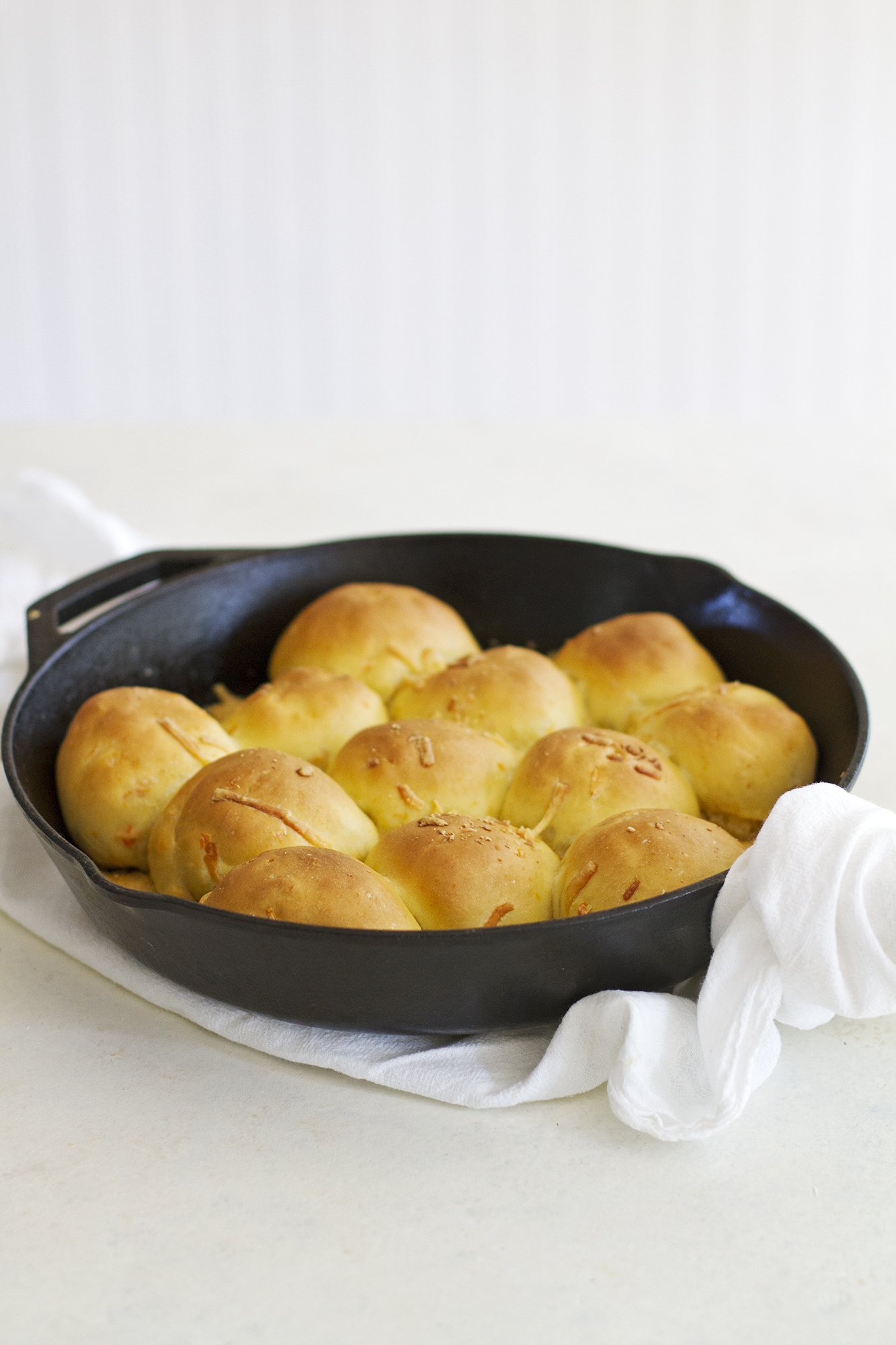 Each bite of these rolls is half crunchy, half cheesy and the rolls themselves are extra tender and soft/pillowy thanks in part to the sweet potatoes. They’re flavorful and fun and perfect as a side dish to just about anything, from soups to chili to grilled meats. We’ve been eating them as a snack in recent days, too, and I can feel good about it because it’s homemade AND baked with vitamin-rich veg.

And since both the toddler and the husband (and I) approve of these pull-apart rolls, there is no doubt we will be enjoying them over and over again, especially when an occasion calls for rolls (which is often, amiright). 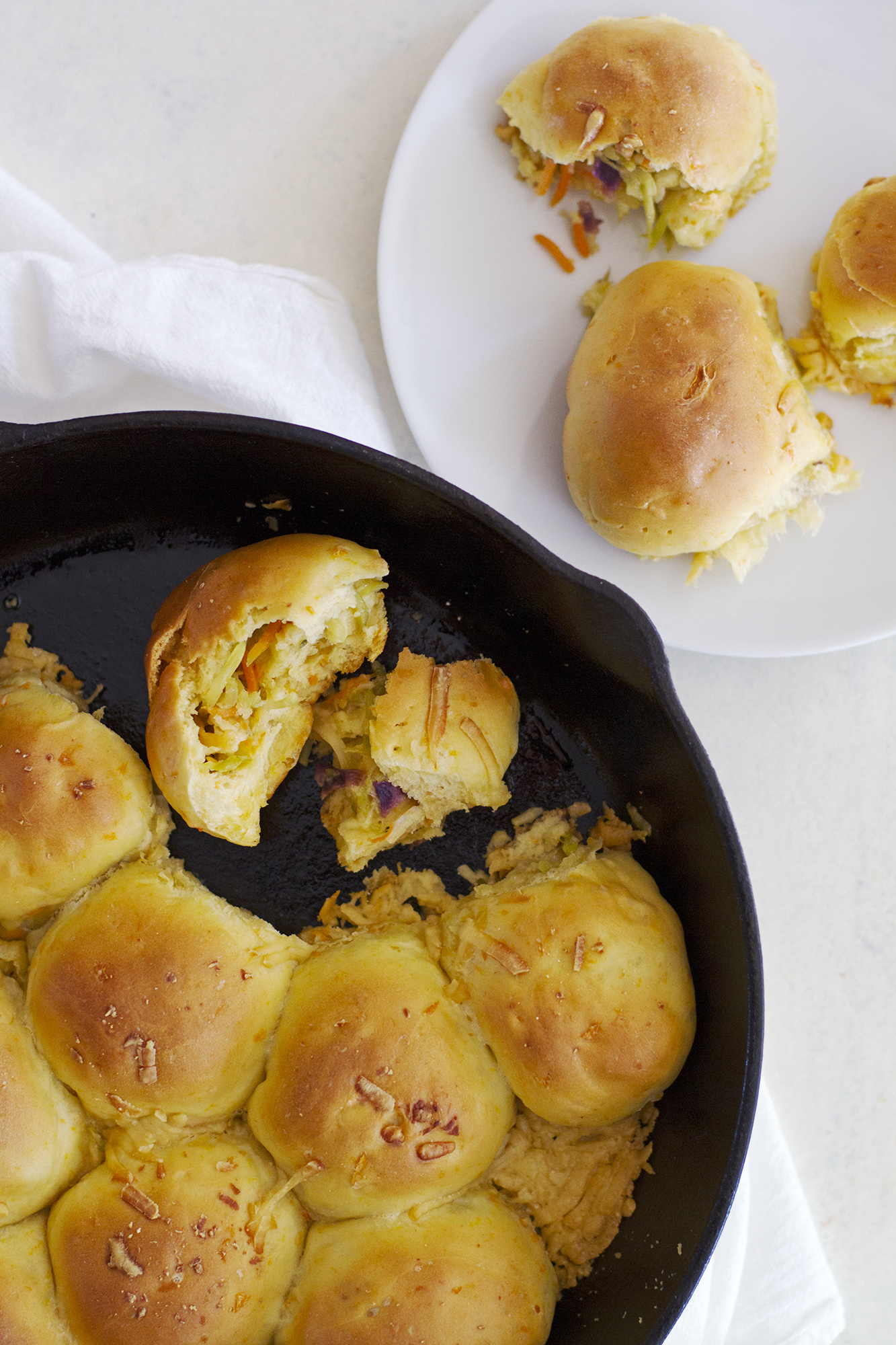 So, how will you celebrate World Baking Day? I suggest you do so by baking and stuffing your face with these rolls. Just a thought.

Disclosure: This post is sponsored by Mann’s Fresh Vegetables. All opinions are my own.