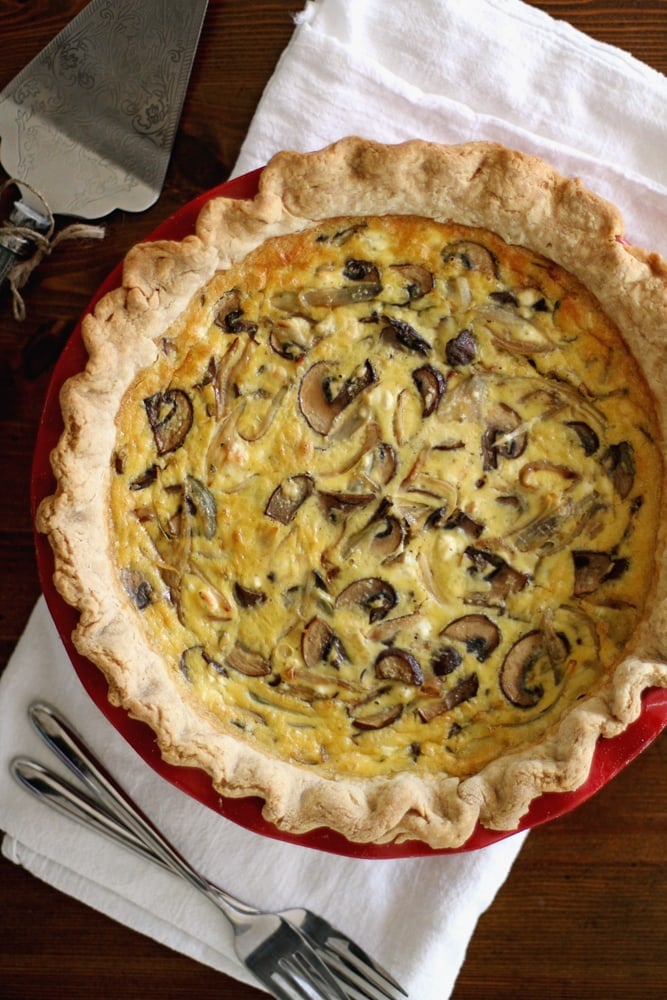 Much as I love being here, chatting with you, hopefully both of us with a big mug of hot coffee in our hands as it is Monday morning and we probably both need it, there is nothing like having a conversation in real life.

Both are why this weekend did my soul good.

On Saturday morning, I had a few of my blogger friends over for a brunch in real life — IRL, as the fancy interwebs folk say. It was potluck-style, so everyone contributed a dish and let me tell you, it was proof that these virtual baby showers and wedding showers and linky parties and such we have ’round these parts every once in a while? They would cure whatever ails ya with one happy food coma. In short, the food was amazing.

So was the company. Because sometimes me + this computer screen can get a wee isolating, and much as I love to have heart to hearts with my baby daughter and my cat in the long afternoons, it doesn’t compare to being able to spend intentional time with the women in my life who walk a similar path. I was telling Melissa, who spearheaded the idea for the gathering, that I feel like we are so lucky to have such a uniquely warm, kindhearted and encouraging group of food bloggers in this tundra/great state we call home. All of that to say: I hope this weekend can be repeated again and again. 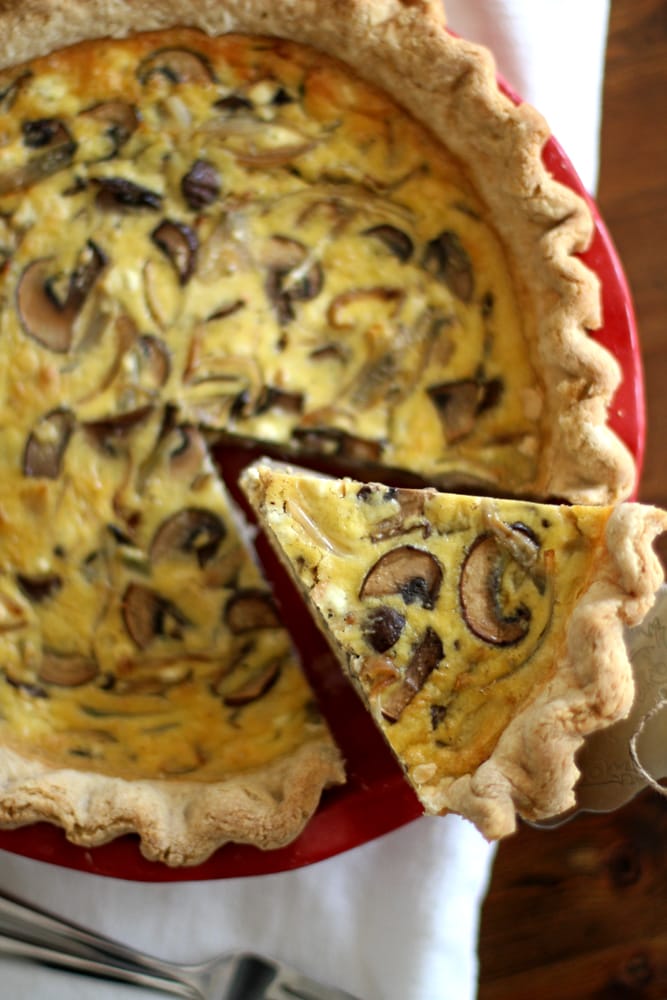 The same goes for this quiche, which was my edible contribution to the day. In poor but oh-so-typical form, I made it for the first time to test out on the group, but thankfully it delivered. I didn’t have much doubt that it would, anyway, considering garlic and herb goat cheese, caramelized shallots and sauteed mushrooms mixed with eggs and cream in a flaky crust can really never steer you wrong. If I could pat this quiche on the back, I would. But instead I’ll just steal another slice as I finish up this post. 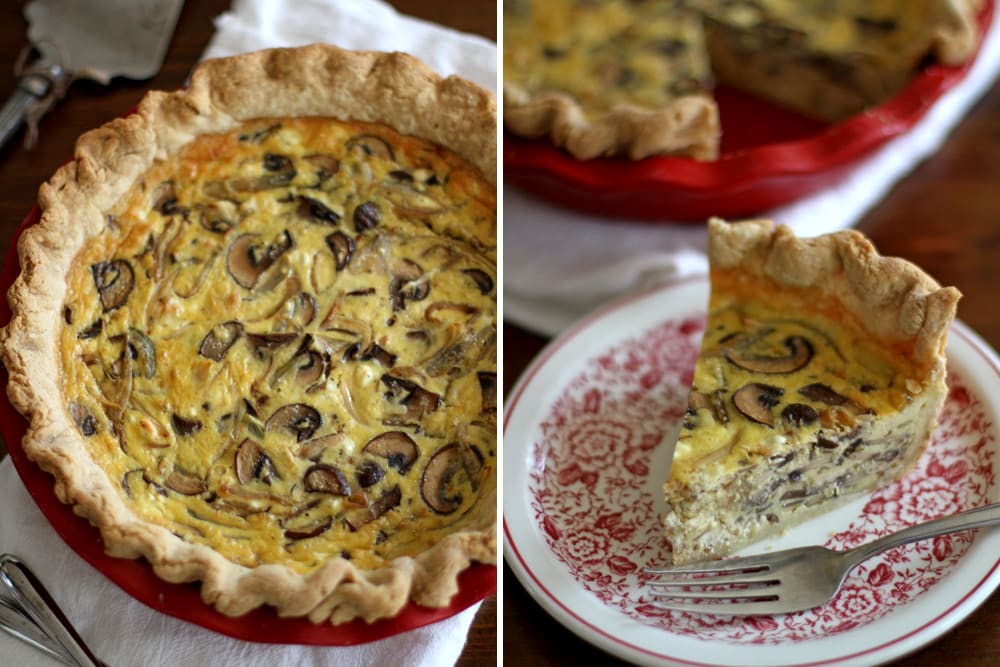 I made my own gluten-free crust for the brunch using Bob’s Red Mill 1-to-1 Baking Flour and this recipe, and it was honestly one of the best gluten-free variations of a baked good I’ve ever had. That being said, the quiche can be made with any crust, homemade, gluten-filled or gluten-free, or store-bought. And if you can’t find garlic and herb goat cheese, no need to fret — plain works just as well. If you’re really hankering for that garlic and some herbs, though, because I had to mention them, you can even throw in a couple teaspoons of each. That’s what I love about quiche — it plays pretty nicely with most adaptations you want to try. I also love that it’s delicious (she says as she contemplates getting another slice).

This quiche, you guys. It’s what’s for breakfast, or brunch, or dinner, or for no reason at all other than I just wrote this post and I can’t stop thinking about it and so yes, yes I did take one more slice. I needed something to go with that big mug of hot coffee, obviously. 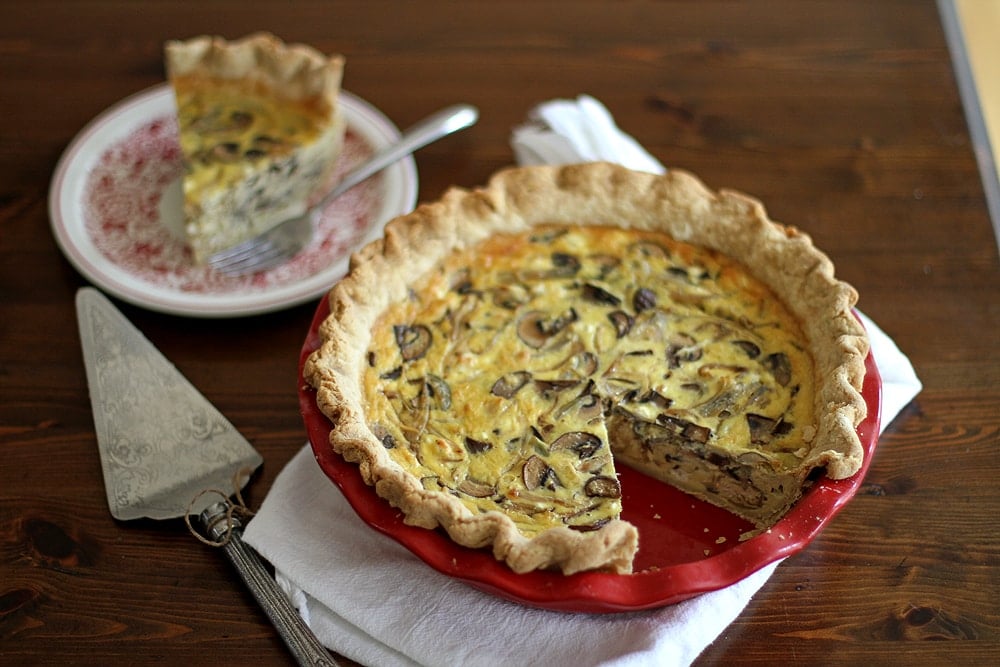