This Crockpot Swedish Meatballs recipe is more than just a recipe — it’s a dinnertime savior. When life gets crazy (which happens more often than not, amiright), let the slow cooker do the heavy lifting for you when dinnertime rolls around. Add lingonberry jam and mashed potatoes and just like that, you have a satisfying, family-friendly dinner ready to go. 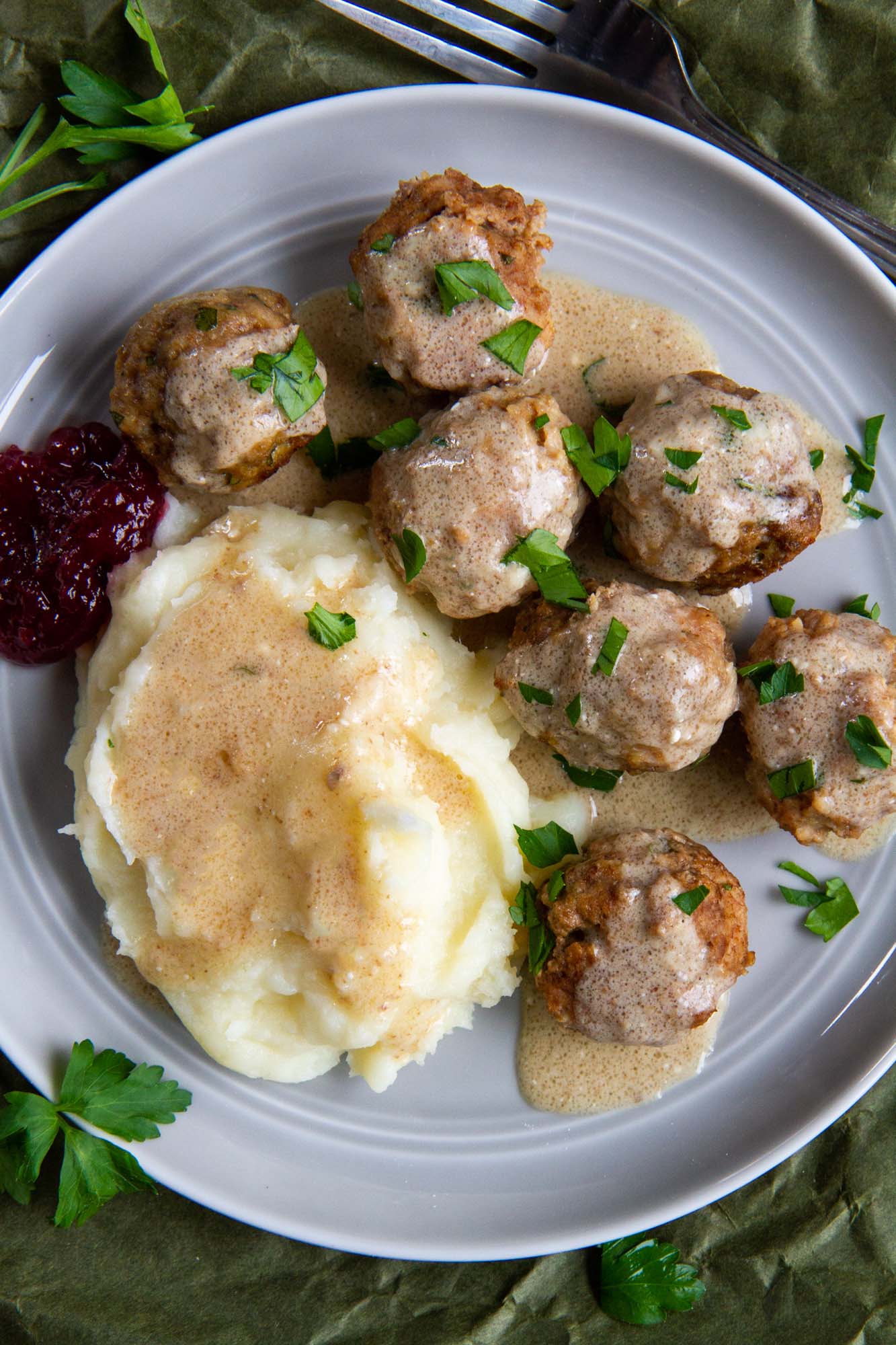 In case you’ve missed it on Instagram, we officially moved! We’ve settled back into apartment life in the Twin Cities after spending last month in Wisconsin with my parents and the six months before that traveling the country in an RV, as one does. We’ve spent the last few days unpacking all of our things — which, since moving out of a less-than-200-square-foot space and into a 1,000-square-foot space, isn’t too much — and making our place feel like home.

So much has changed in the last year for us, and yet, so much hasn’t — including our love for the slow cooker. From house life to RV life to apartment life, I’ve schlepped my slow cooker to and fro and used it to make meals everywhere. And these crockpot Swedish meatballs always reign supreme in my household — wherever that has been or will be. 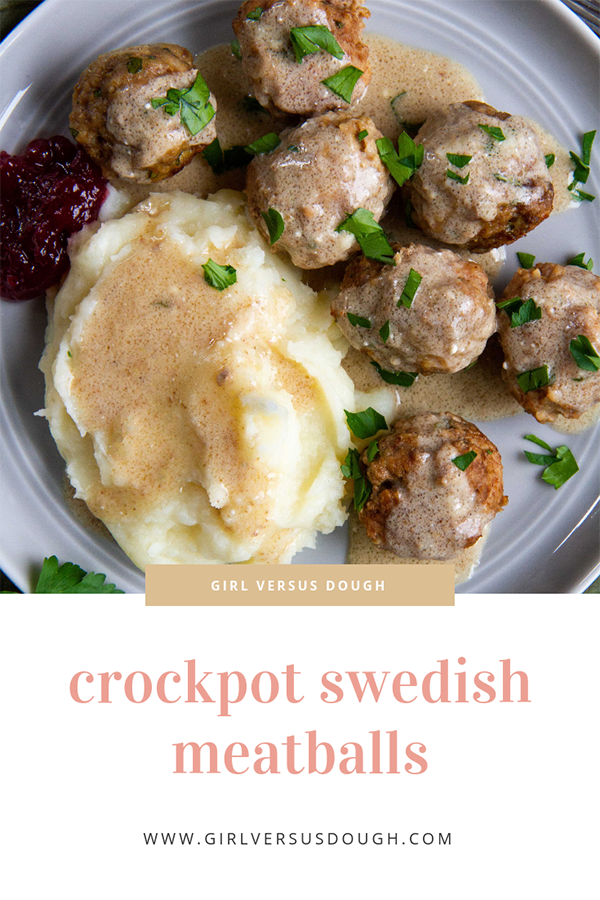 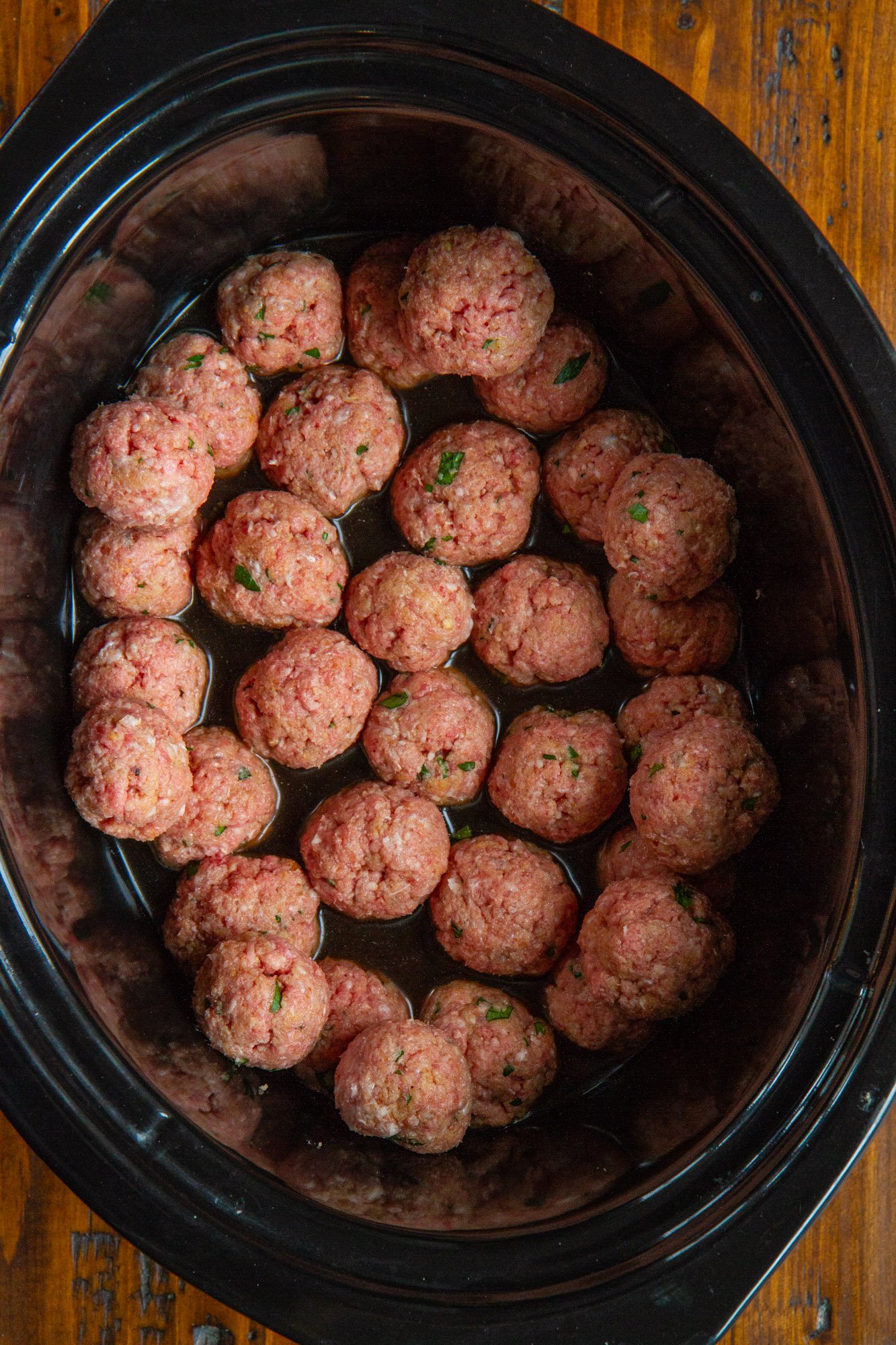 HOW TO MAKE CROCKPOT SWEDISH MEATBALLS

Swedish meatballs actually hold a special place in our family’s heart, as Elliott’s grandma Marlyn often makes them for us when we visit with her. His side of the family is majorly Swedish, so I didn’t know anything about this meatball magic (save a few trips to IKEA, but that is so not the same) until marrying into the family. These crockpot Swedish meatballs are based directly off of Marlyn’s own version, but in slow cooker form, where everything — including the gravy — is made in the slow cooker.

Truth be told, it’s my favorite new way — and likely the only way henceforth — to make Swedish meatballs. The results yield tender, flavorful meatballs and a creamy, ever-so-slightly tangy gravy thanks to the sour cream. Just spoon a few (or in my husband’s case, at least a dozen) on top of mashed potatoes or noodles, add a generous drizzle of gravy and a dollop of lingonberry jam and just like that, dinner is served. 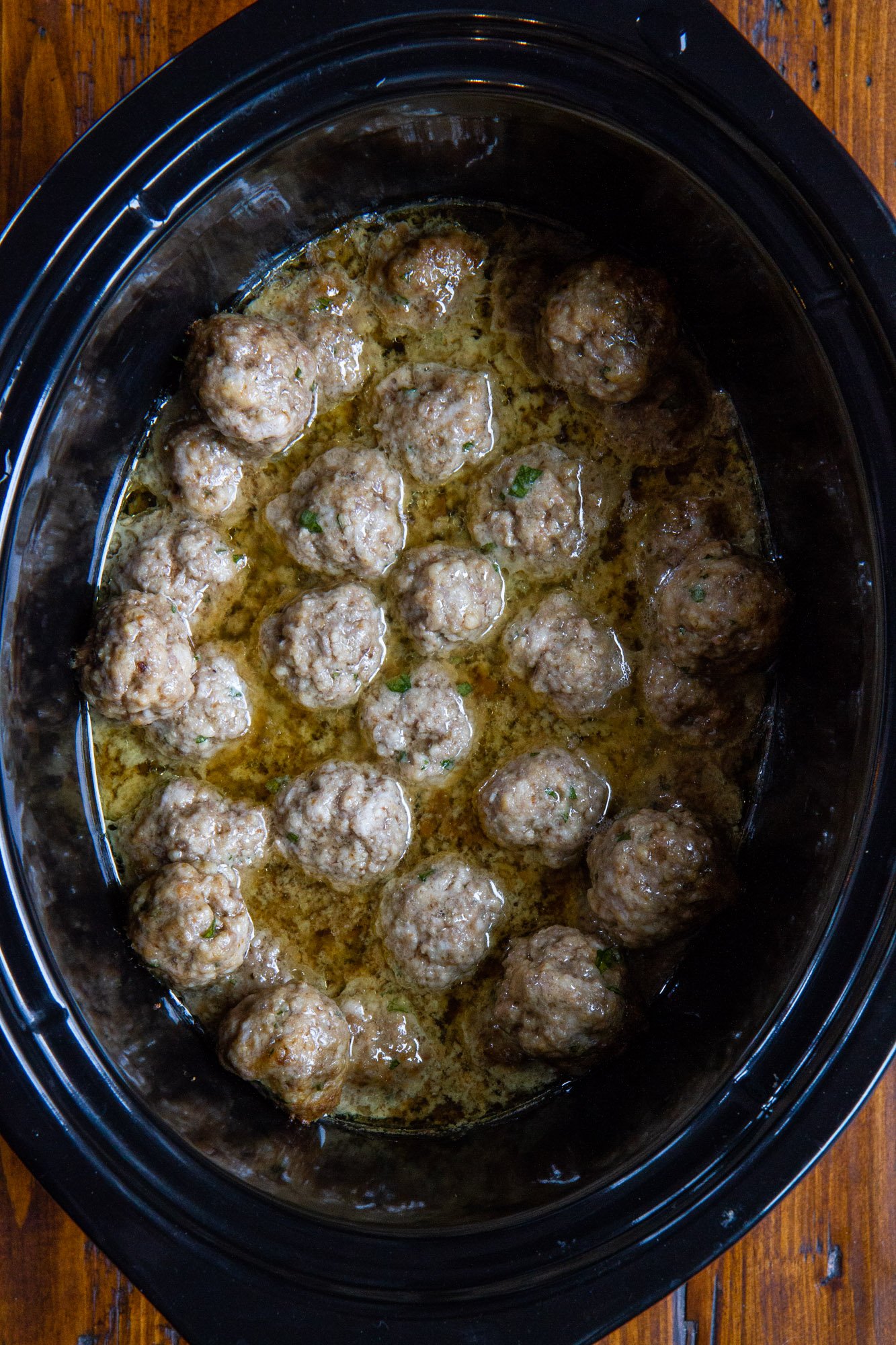 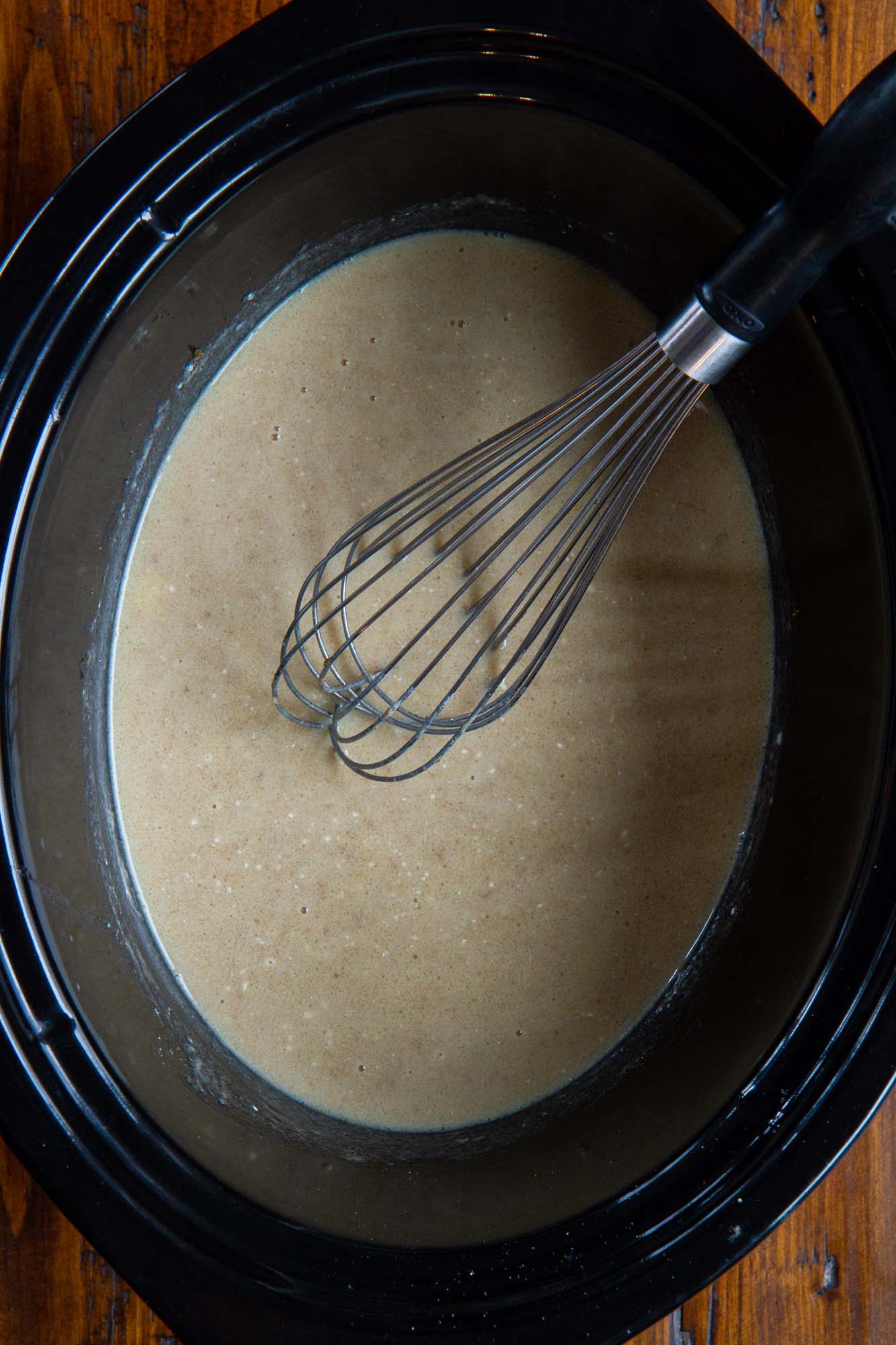 Here are a few tips to make these crockpot Swedish meatballs cook like a dream:

1. When shaping the meatballs, don’t make them too big! Small, 1-inch, almost walnut-sized meatballs are perfect for this recipe so they cook through in the slow cooker to tender perfection, and don’t fall apart in the process.

3. These are freezer-friendly Swedish meatballs, dontcha know? After cooking the meatballs, use a slotted spoon to remove them from the cooker. Let them cool completely at room temperature, then transfer them to a freezer-safe airtight container to freeze. If you want to save the cooking liquid for making gravy, too, let it cool down as well, and then pour into a freezer-safe airtight container. Both should keep in the freezer for up to 3 months. 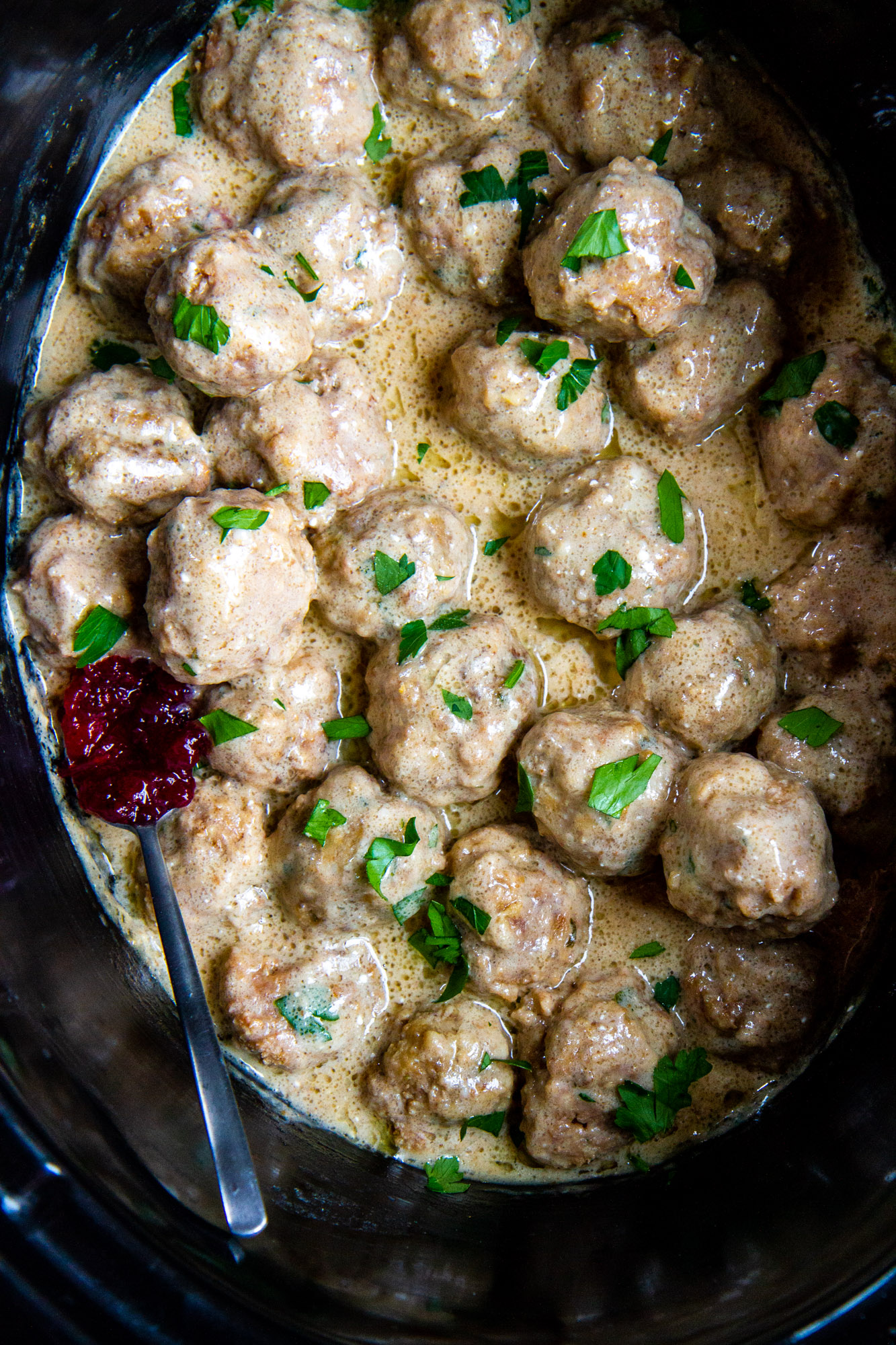 I made these meatballs twice for my family while we lived with them last month — once for dinner, once as part of an epic appetizer spread for New Year’s Eve — and they devoured them happily. I have a feeling I’ll be making them often in our new kitchen, too. They’re just too easy and delicious to pass up on the regular. 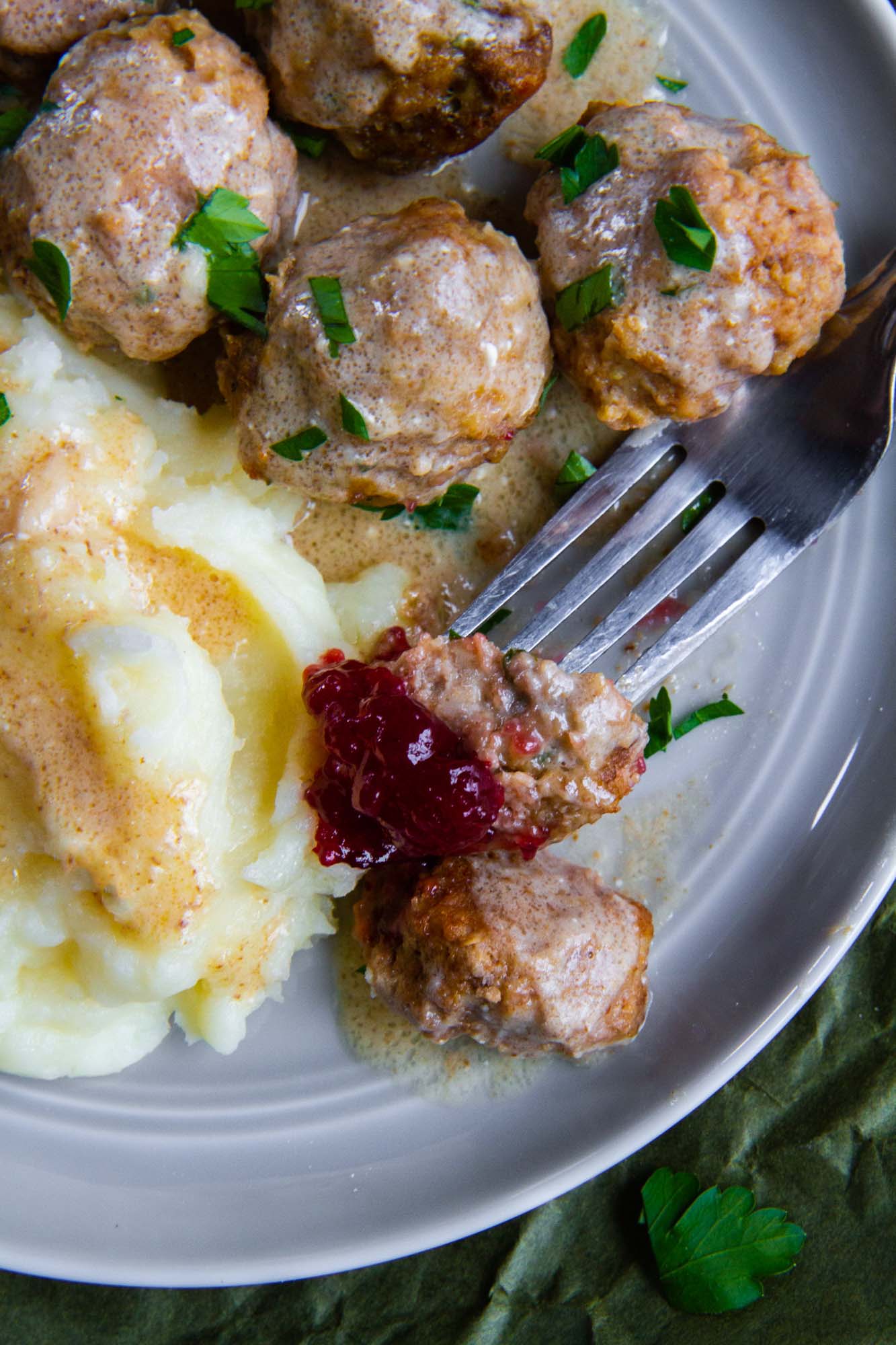 If you’re looking for a satisfying, family-friendly dinnertime savior, these crockpot Swedish meatballs are it, my friends. And on that note, I’ll just be here unpacking boxes and dreaming of meatballs for dinner, as one does.