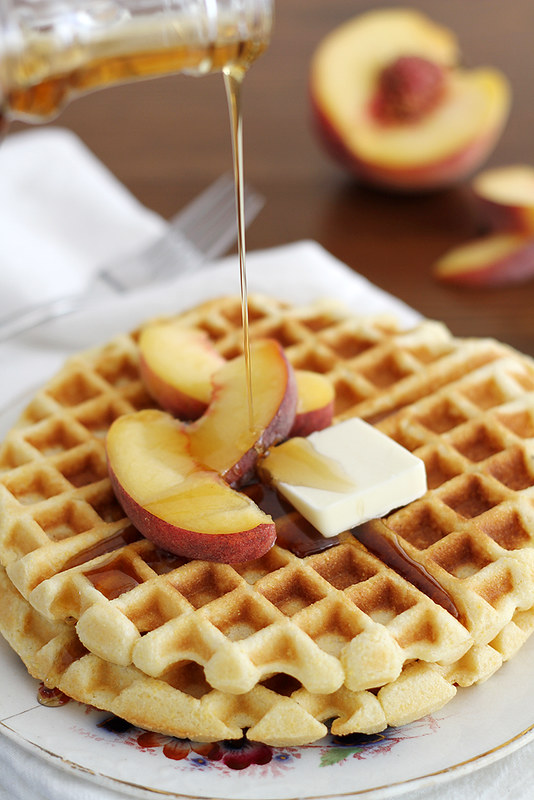 These waffles have saved me from what may have been the longest breakfast rut of my life. MY LIFE.

It was all oatmeal with peanut butter + jam or berries for a while there, folks. And by a while, I mean months. Months and months of the same mushy bowl of goo.

OK that’s a bit of an exaggeration, because there was that one time I had this for breakfast and a couple of times doughnuts were involved. But otherwise — lots o’ oatmeal. I was starting to feel like my body was turning into 50 percent old-fashioned oats.

So thank heavens these waffles came into existence, as I am now made up of about 25 percent oats and 25 percent waffles. Much better. 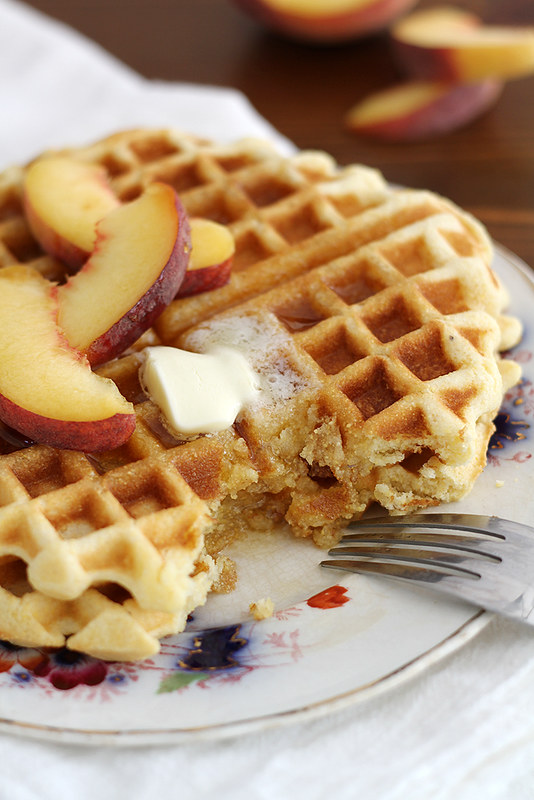 But I digress. Because the real reason I’m here today isn’t to talk about my carb-loaded breakfast habits, but rather to say that I’m guest posting about these delicious, maple-infused cornbread waffles for my lovely friend Audra of The Baker Chick while she gets settled into life as a new mom to a beautiful baby boy.

So because it’s Friday and you need something to distract you until quittin’ time, and because everyone likes waffles (and if you don’t, please send me all your waffles in the mail), head on over to Audra’s blog for the recipe for maple cornbread waffles.