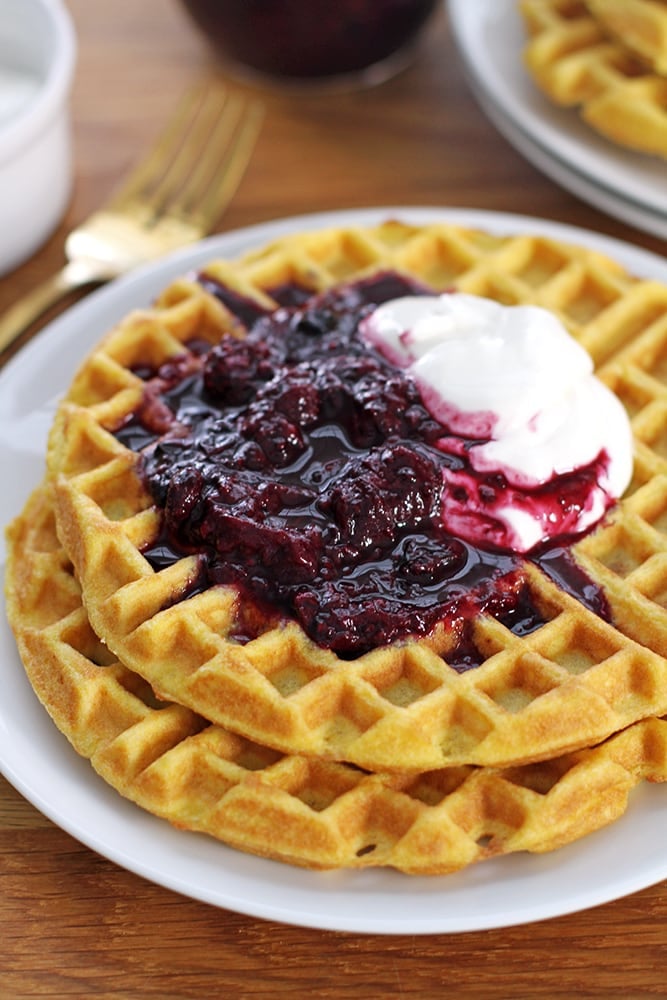 If ever I waffled (get it? ai yai yai with myself sometimes) between Camp Pancake and Camp Waffle, these fluffy coconut flour waffles have firmly planted my feet in the latter.

Don’t get me wrong: I love the pancake (especially this version, which is also made with coconut flour!). But given the choice on a lazy weekend morning or a Monday that calls for carbs to start the day (um, every Monday), I choose waffle. Especially these waffles, all fluffy and lightly coconut-y and topped with a fresh berry compote and Greek yogurt. Cue the angels singing. 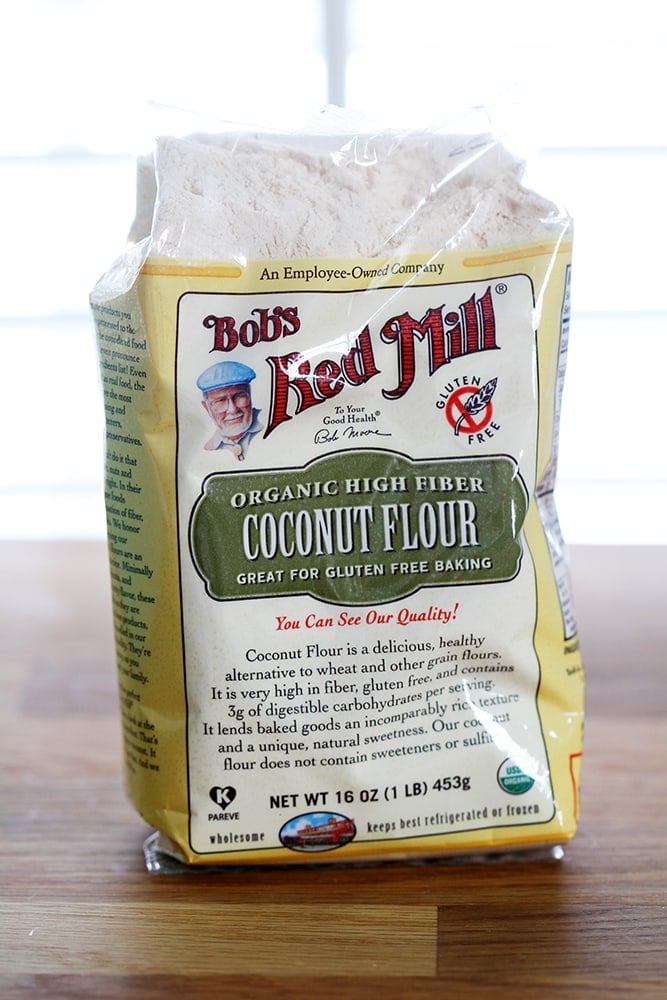 Waffles make a regular appearance in this house nowadays thanks to the pint-sized creature we have running around (it’s a near-daily request: “Waa-waa? Waa-waa?”), but I can’t complain. We either make a batch from Bob’s Red Mill’s buckwheat mix or these, made with Bob’s organic coconut flour, and it gets us through the week. Either way is a win, and even I feel like I can get in on the waffle action without ruining my healthy eating ambitions. 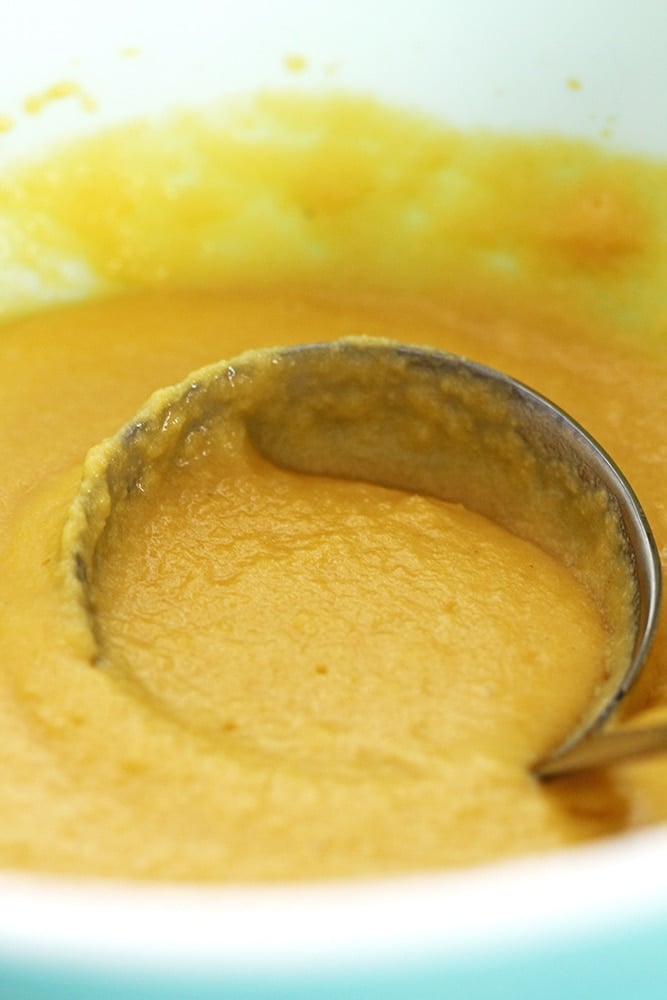 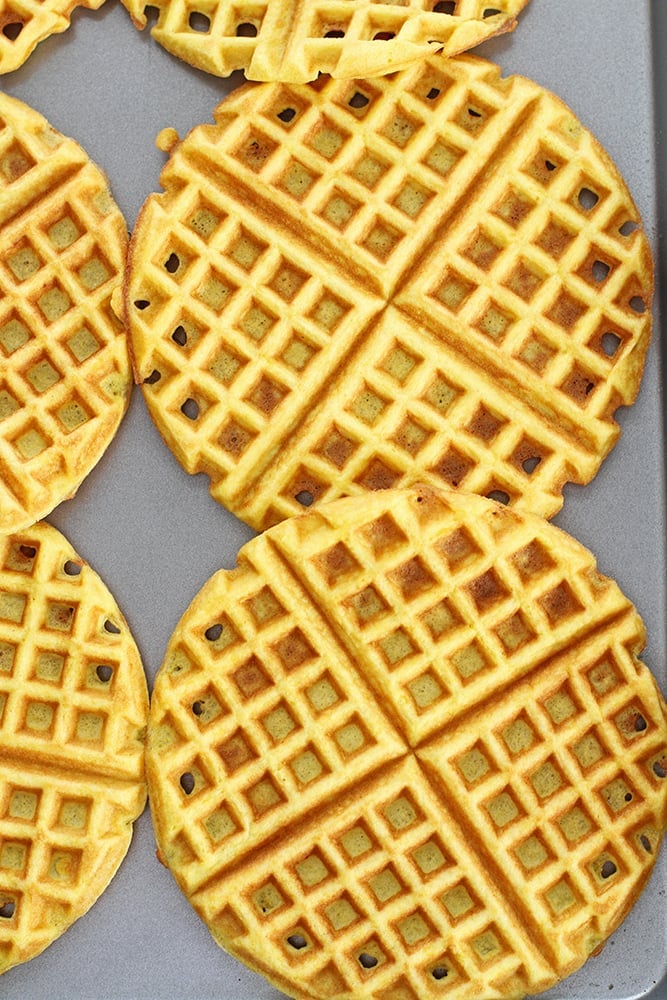 The coconut flour in these waffles keeps them fluffy and light, with a hint of coconut flavor. They’re still a bit crispy on the outside but the inside is like eating a coconut-y cloud. Because of the added eggs and butter in this recipe (as well as the high-fiber, high-protein coconut flour), one waffle is very satisfying, which I can’t often say about waffles. 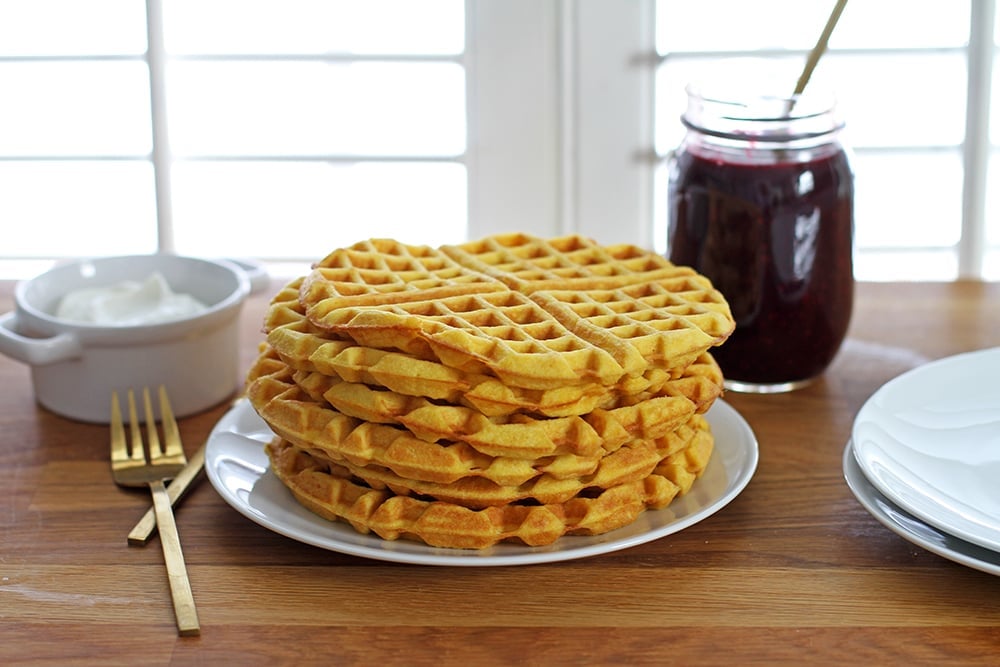 I really love to top mine with simple berry compote (like this awesome one from Minimalist Baker) and a dollop of Greek yogurt, but they’re also great with fresh fruit and maple syrup. However you do up your waffle, you’re going to want to do it up with these. 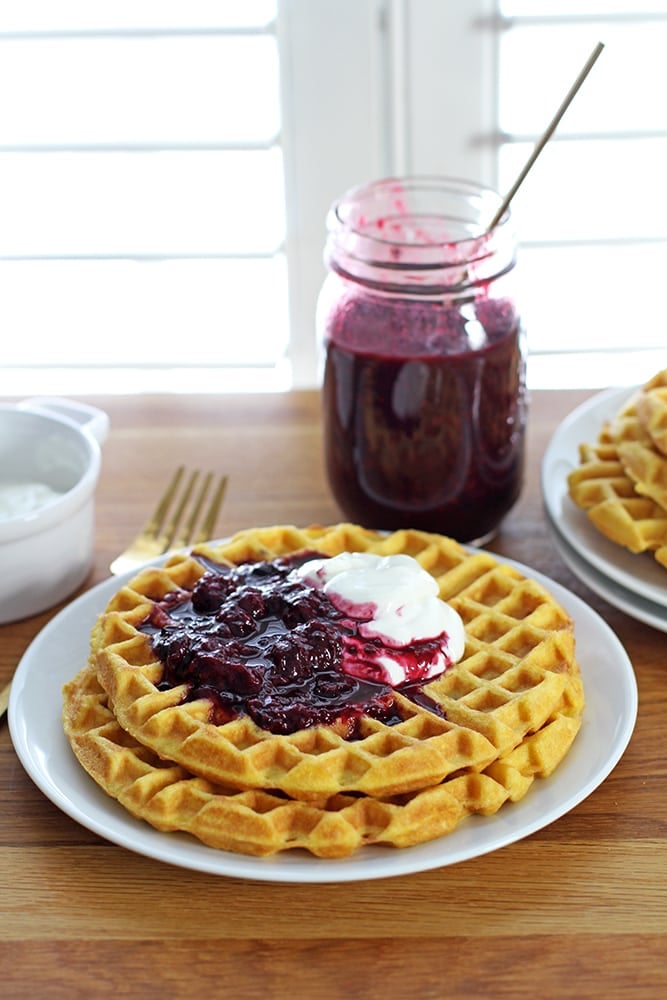 Waffle lunch is a thing, too, right?