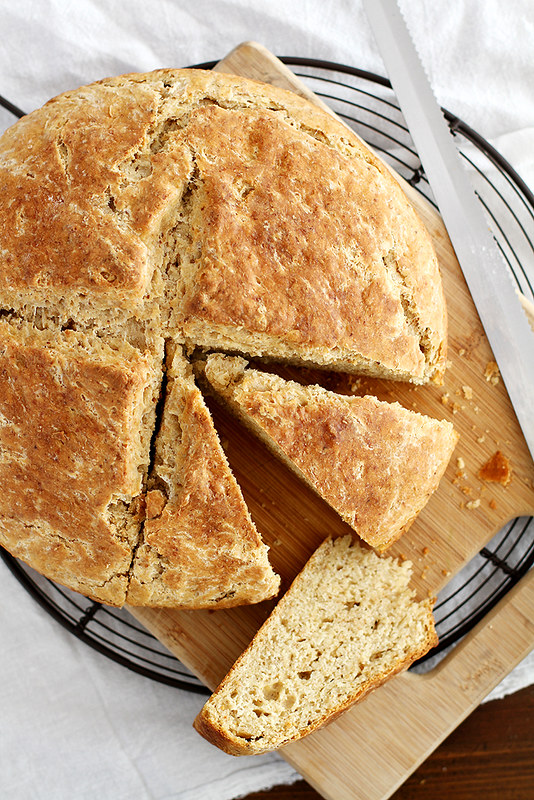 If there is anything the Irish know best — well, besides a well-brewed pint of beer and how to make cabbage actually taste good — it’s their bread.

I say this not even being a huge fan of soda bread. It’s just too dry and boring for me, and I’ll always associate it with that one time in fourth grade that I tried to make it for a school project (about… the Irish? I don’t even know) and it baked like a solid rock (and tasted like I’d imagine one would, too). I won’t even talk about that other time in eighth grade when I tried making kimchi. Oy.

Now I know (I hope) my skills in the ways of bread baking have come a long way since my preteen days, but it’s just one of those memories I can’t shake. So when I decided to give Irish brown bread a try, I did so with much trepidation. 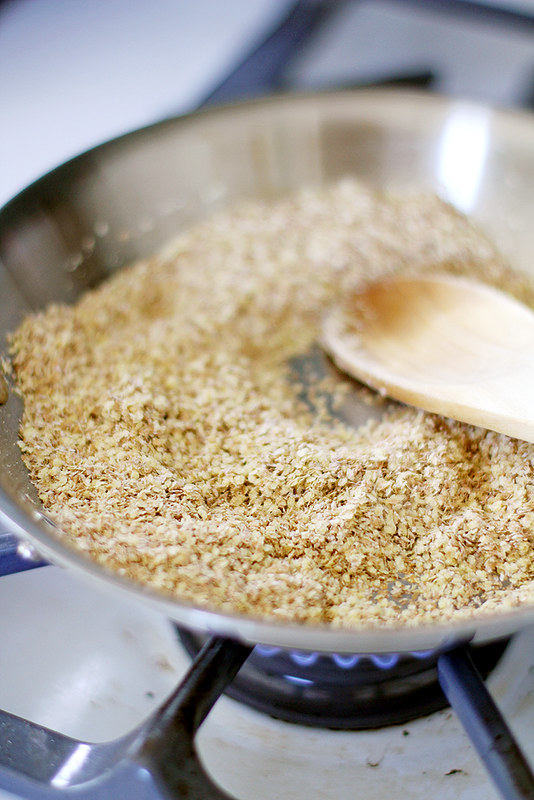 It was actually my dad’s idea, though. He’d just come back from a work trip to Ireland and raved about two things — the beer (obviously) and the Irish brown bread. “Dip it in soup!” he said. “Put butter on it!” he suggested. Well, I certainly like dipping bread in soup and/or slathering it with butter, so I threw caution to the wind and gave it a go. 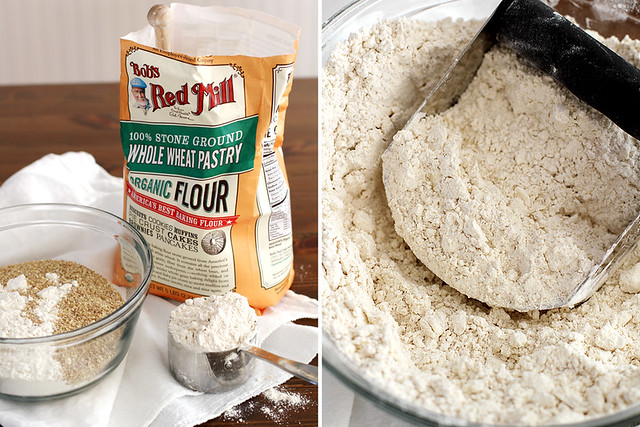 And like I said, those Irish. They know their bread. 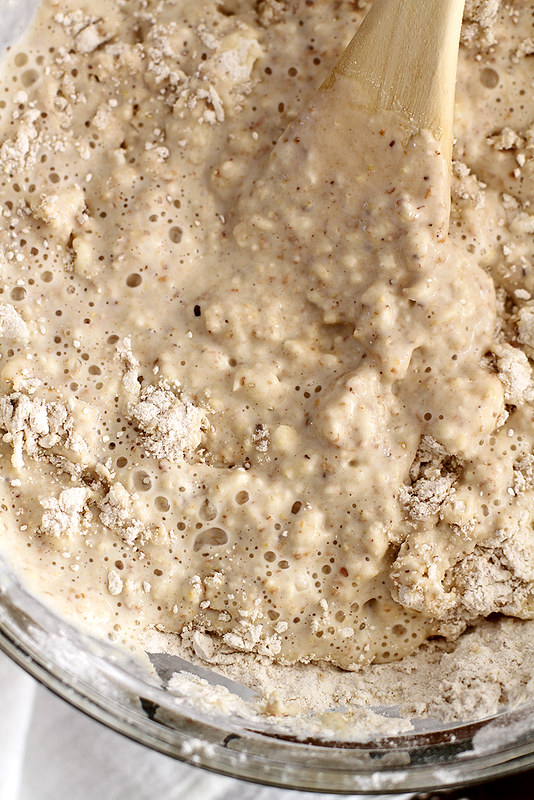 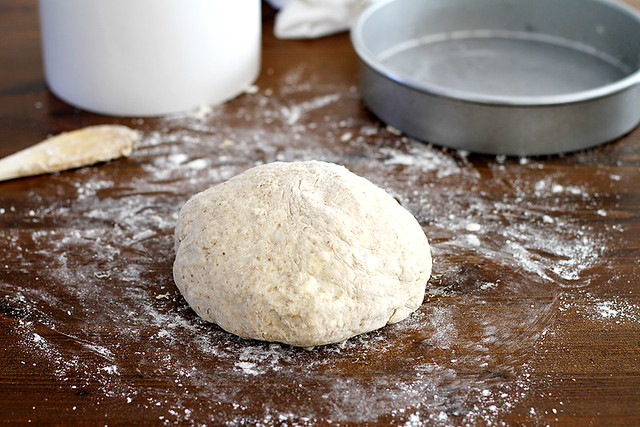 This loaf may not look like much, but it’s delicious. It’s buttery and soft with a dense crumb and a tender, flaky crust. It holds up well to a dip in soup but it also breaks apart with ease. Since we’re always in the interest of full disclosure around here (and we share an immense love of the carbs), I will tell you I ate a whole quarter of this loaf all by myself in less than 24 hours. And by the time I press “publish” on this post, I imagine there might be a crumb left. Maybe a crumb and a half. 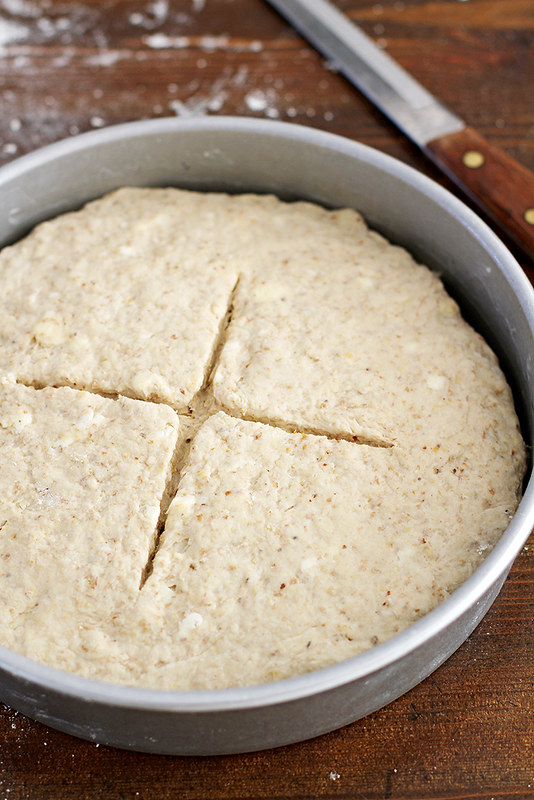 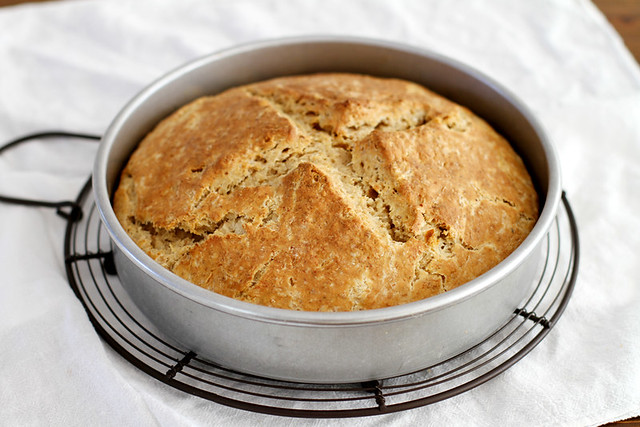 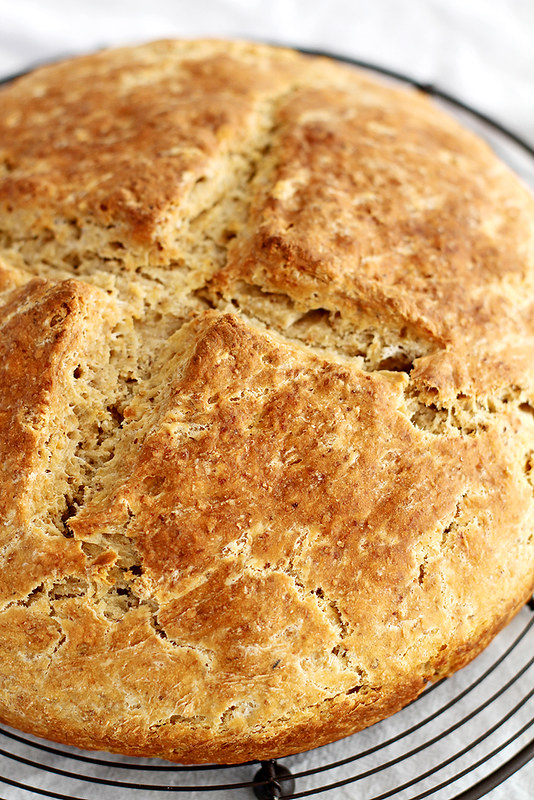 But what’s really special about this loaf isn’t its crumb or its crust, or even its flavor — it’s the fact that it tastes like a yeast bread, but it isn’t. THAT’S RIGHT, yeast-fearing friends. There is no need to work with yeast, no need to wait for a rise, no need to worry at all, really. Just a real need for getting bread into your life as fast as possible. 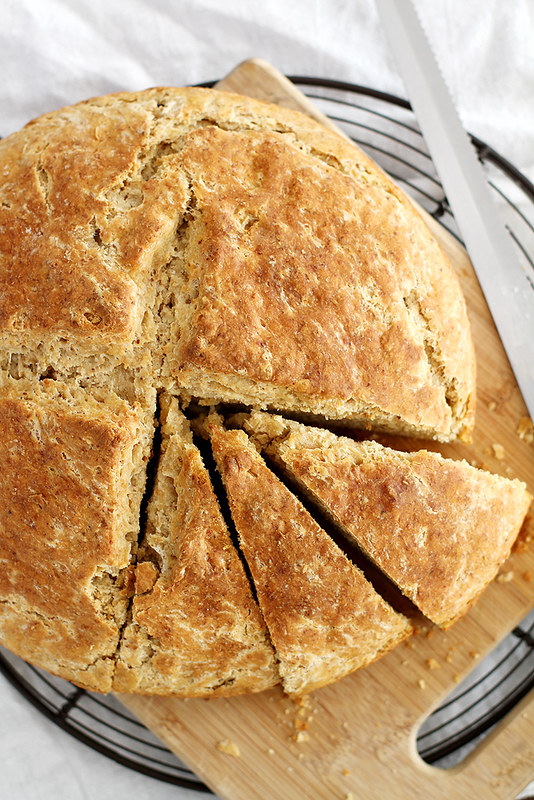 For this recipe, I used Bob’s Red Mill’s Organic Whole Wheat Pastry Flour, which is great to use to incorporate whole grains into your baked goodies. The pastry flour is partially why this loaf, though it’s 50 percent whole wheat, still maintains a soft interior. The butter and buttermilk also help with that, as well as flavor. And the addition of toasted wheat germ (which is seriously tasty if you haven’t tried it!) lends flavor, too, as well as a little texture. 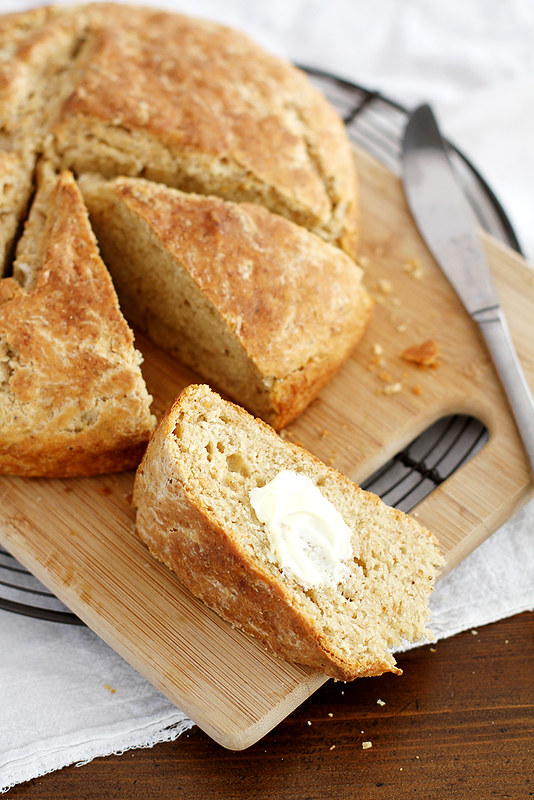 There’s nothing particularly wooing or overpowering about this loaf, but it just works. Especially in the way my dad suggests — dipped in soup, or with butter. He’d probably suggest a Guinness on the side, too. I wouldn’t disagree. 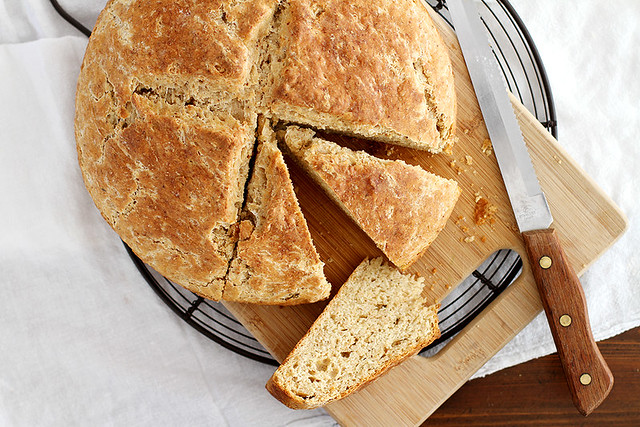 P.S. Head over to Bob’s Red Mill for more delicious recipes and a coupon for $1.00 off any product!